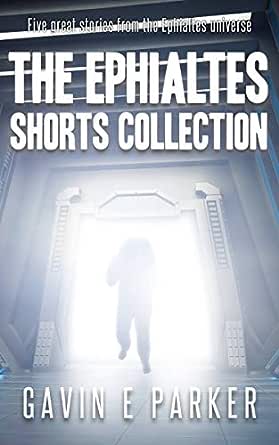 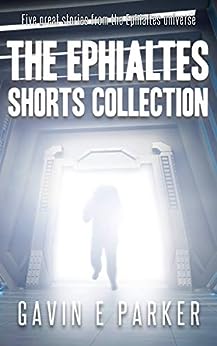 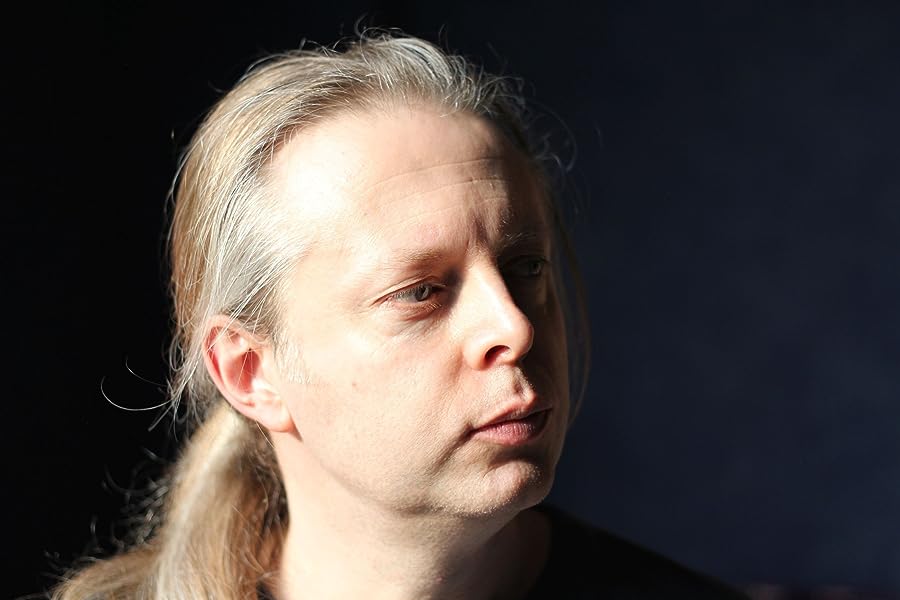 "Parker's writing is as highly political and war-ready as space wars fans would expect, as well as following its genre's classic touches with a lot of space tech details that sci-fi readers will enjoy. He clearly has a very intimate knowledge of his creations, and has furnished all possible elements of this world thoroughly and with passion. The Ephialtes Shorts Collection is a highly interesting and entertaining addition to the Ephialtes universe." Self-Publishing Review, ★★★★

Gavin E Parker is from the Isle of Thanet in southern England, where he has lived and worked his whole life. He has dabbled in music, film and video in the past and is currently writing novels, short stories and blogs. Inspired by the rapidly expanding possibilities open to publishers in the twenty-first century, in 2014 Gavin set about writing his debut novel, Ephialtes. Ephialtes is the first of a trilogy of books chronicling the war between Earth and its former colony on Mars. A series of short stories - Ephialtes Shorts - set in the same fictional universe complement the main trilogy. Having worked in healthcare, local government and education he has a mildly jaundiced view of the human condition, but still maintains good humour about it. Things could be worse, right? --This text refers to the paperback edition.

Winston J. Phillips
4.0 out of 5 stars Solidly interesting......
Reviewed in the United States on June 15, 2017
Verified Purchase
There are five stories in the Ephialtes Shorts Collection. . The first story tells of Mars seceding from its colonizer, USAN (read Earth). The writer tells about the evolution of a loose Mars Security System established by Earth on Mars, and how it and its main characters evolve into a military service. The story signals the theme of revolution, takeover and independence of a distant country from its distant colonizer.
The second story tells of a Research Assistant on Mars Venkdt Agronomy. Kim is asked to plant some plants outside the dome. There are stories of strange things going on. She has a supernatural experience being touched, apparently by a ghost. A big problem is to develop plants which can be resilient to low pressure.
The third story centers on a dystopian USAN, with a dictator at the helm and protests involving killing by the armed forces. A strong anti-protest male character rants against protesters until he finds out that the killing of several protest leaders by Government forces was deliberate.. He has to dig deep for information; and in himself to deal with his father’s death ‘in the line of duty”; and with the protest movement, which he joins. Values do change in the face of information and death. Such persons go on to be heroes and martyrs (!?).
The fourth story (set on Mars) is the fullest and best of the lot. Pride, strength, character, determination; loss of limbs; pain; love; and other experiences coalesce around this female character (Kris) which for me makes her a major character. She mixes superhuman effort with the human failing of being afraid of her fear, as she moves from one stage to another trying to regain her place in the military unit, despite her physical deficiencies. She falters but she moves on, and gets her job back. She still must wait two years to see if the necessary procedures on her are completely successful; but she is ready. I love this story, and with confidence, I see her a star character placement.
The fifth story is about a legendary scientist wondering whether his well-known cleverness is the result of genes or gene editing. In the story, he does not find out. But he is a top researcher, and no doubt in some book he will.
The author says he wrote these stories so that they look forward and backward to the trilogy. The stories are cast within the wider story of interplanetary war between Unites States and Nations (USAN) and Mars. The author says the wider story (books) is probably essential to the stories, but not vice-versa. So he advises to read Ephialtes before reading the shorts.
I must admit to be somewhat confused about the connection. I guess that this may be because the stories themselves (notwithstanding the overall contest of inter-planetary war) have no individual context. So there are questions: Were the stories born out of incidents occurring in the books, or are they précis versions of book content? Were they extensions of minor actions of minor characters of the books? Each story contains content that would be a welcome diversion from the main theme of war - the human element. I believe that Kris’ story would star in any ‘military experiences’. Her behavior is ‘Medal of Honor’ category, as she becomes and creates a legend. Having said all this this, I think that the literary quality of the stories (and I presume the books) is quite solid, and the stories are interesting.

Billy O.
5.0 out of 5 stars Do you think that leading a Martian life sounds too far-fetched?
Reviewed in the United States on June 16, 2017
Verified Purchase
When I was a kid, my dad used to define weird people like being “fallen from Mars”. What seemed like a far-distant (if ever) future then, now seems like something that is actually taking a life of its own. When I think that a life on Mars sounds crazy, I just remember that I thought the same about speaking with other people over video, and now I have it as a routine, in more ways than one.

Gavin Parker seems like he has thought about it a lot, as he transfers a story of the 23rd century with confidence, presenting an astounding talent to keep you interested in the story, playing with grounded as well as with wacky language, creating an incredibly readable and palpable intro to the Ephialtes saga. His novelettes are structured to hint at the longer novel and interwoven with characters - they jump from one short story to another.

It is the 23rd century, interplanetary World War IV is going on between USAN (Earth) and Venkdt (Mars). U.S (AN) President Cortes is the ruler for over 13 years without an election and Martian renegades decide to claim independence and strike a revolution from the dictatorship. Their power is deuterium - needed for energy on Earth, and USAN is not willing to leave this in their hands. The main means of warfare are not longer face-to-face battles but manipulating drones, cyberwarfare and alternative information networks.

That doesn’t mean that humans are not involved though, and Parker tells the military saga through the personal meaning the conflict has for its heroes - two stale war gunmen who don’t expect to be found in the middle of a revolution, a junior research assistant who lands a job in a Martian biodome, a high-school student whose dad is a cop and works for Cortes government, a MSS security officer whose personal wishes for marriage and children take a new turn once she founds herself in the new job, and a genius scientist with quirky social demeanor who has a key role in Venkdt development.

If you are a fan of the military science fiction with politics interludes, don’t miss it. It’s convincing and bold.
Read more
Helpful
Report abuse

I loved that the story happened during the 23rd century after World War IV. This timeline is a very challenging timeline for a story but the author was able to pull it off as the events seemed realistic enough. I loved the details of the setting (Mars) and the characters, too. The way the story was portrayed was also gripping. Stories that will make me feel connected to the plot and disconnected with the reality is a worthy read for me so I was glad to be entertained by this novel. For fans of science fiction, this will be hard to miss.
Read more
Helpful
Report abuse
See all reviews