You've subscribed to Epic Fail! We will preorder your items within 24 hours of when they become available. When new books are released, we'll charge your default payment method for the lowest price available during the pre-order period.
Update your device or payment method, cancel individual pre-orders or your subscription at
Your Memberships & Subscriptions
There was an error. We were unable to process your subscription due to an error. Please refresh and try again. 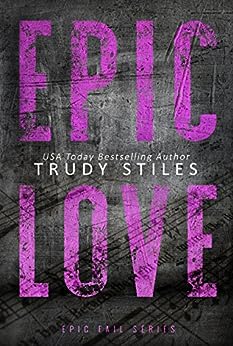 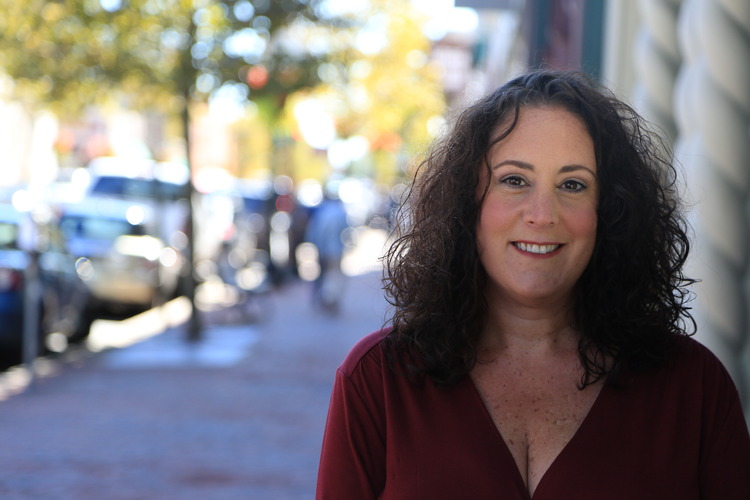 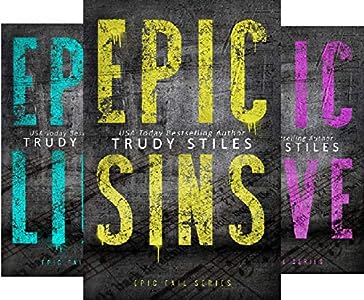 Trudy Stiles is a USA Today Bestselling Author of Contemporary and New Adult romance. Her emotional stories are inspired by various life experiences and observations. She's the author of the bestselling Forever Family series and Epic Fail series.
When she's not writing, she's carting her children to their various activities while avoiding any kind of laundry or housework. She also loves to run along the boardwalk of the beautiful New Jersey shore and dreams of spending as much time in Disney World as possible.
She avidly celebrates Wine Wednesday.
Be sure to follow her on Amazon so you can receive alerts on all of her upcoming releases and book news.
--This text refers to the paperback edition.

4.7 out of 5 stars
4.7 out of 5
110 global ratings
How are ratings calculated?
To calculate the overall star rating and percentage breakdown by star, we don’t use a simple average. Instead, our system considers things like how recent a review is and if the reviewer bought the item on Amazon. It also analyzes reviews to verify trustworthiness.

“She was beautiful, but doomed…She was the first girl I ever loved.”

Epic Love is one emotional book and I love those emotional reads. From the very beginning I knew that this was going to be a doozy and Trudy Stiles succeeded in many tear induced moments, a lot of tissues were used while reading Noelle and Heath’s story. This is a second chance love story of epic proportions, a story that will captivate the hardest of hearts and leave you a sobbing, snot induced mess. A story whereby Heath will grab a hold of your heart strings and never let go, keeping you firmly planted in this story, through childhood, through first love, through grief, through love once again.

Noelle had it tough growing up, her mother was diagnosed with cancer while she was in the womb and sacrificed her own life to give Noelle hers. Her father was her one constant, a man who loved her with his entire being. These two were a solid, unbreakable unit, until two became three. Noelle’s dad remarried and herein lies a character who I personally wanted to exterminate, a character I hated with a passion and a character who I wanted to experience a gruesome death. Noelle’s step mother battered her and I mean battered her. Noelle’s father was away on business a lot and here her reign of terror begins, I only wish that Noelle found her voice.

When the family relocates Noelle befriends the boy next door, Heath. Heath and Noelle became best friends, inseparable through games of Wiffle ball and this part of the story melted my heart. Through dual POV’s Trudy Stiles captured their childhood perfectly and as they grew up we were treated to all those emotions when lines become blurred, when a friendship of years and years suddenly becomes more, when best friends become lovers. These two were inseparable and though this was their first love, it was a true love, a soul mate love. Their paths crossed for a reason, fate put them together, but fate would ultimately rip them apart.

Heath knows Noelle inside out, he knows that she is hiding something, he has his theories, but is powerless to intervene until Noelle lets him in. I felt Heath’s pain and anguish as he battles his conscience with regards to Noelle, he wants to save her, he loves he, adores her, cherishes every moment they spend together, but sometimes life is out of our hands.

“When the moon is asleep I will rescue you.”

This book is told in past and present and dual point of views, while this may sound confusing it actually made a lot of sense. Those not fond of time jumps will be pleased that this flows effortlessly and each jump is with merit and enhances the story developing through the pages. There were a lot of twists and turns, some I saw coming, some I didn’t and while at times this story seemed a little far-fetched it did work.

For me, this was a book of two halves, the first half I loved with a passion and then the second half I liked but didn’t love, hence the rating. Heath was an amazing character, despite twelve years without Noelle she still dictated his life. His propensity to love was gone because she still owned his heart, now a successful musician, singer and songwriter, even his music is fuelled by the love he has for Noelle, note present tense. Through song lyrics his grief is captured for all to see and he bares his heart and soul on his sleeve and through his music. One phone call changes everything.

As I said above, this was an emotional read, both characters were adorable and you couldn’t help but love them. Their story is what films are made of and while some of the twists were an eye roll moment it didn’t detract from my enjoyment of the story. Some parts were a little cliché but with an Epic Love such as this they didn’t really bother me as much as they would have done somewhere else. This was a good read, one I enjoyed.
Read more
3 people found this helpful
Helpful
Report abuse

Robin Segnitz
5.0 out of 5 stars Highly recommend Epic Love!
Reviewed in the United States on September 20, 2016
Verified Purchase
Author Trudy Stiles has outshined all of her previous novels with her newly released story titled Epic Love! Epic Love is the third novel of the Epic Fail series, a series of new adult novels written about each member of the wildly popular rock band Epic Fail. This time, Stiles writes about lead singer Heath Strickland and his first love, Noelle Durand, in a novel that CAN be read as a standalone. Epic Fail is an incredibly sweet, second-chance romance that begins with two children who bond over a game of Wiffle Ball.

When the Durand family moves into the estate next door, Heath has no idea what Noelle will come to mean to him. To everyone on the outside, Noelle seems to have a perfect life, but it doesn’t take long for Heath to figure out something bad is going on with his new best friend. Over time, their close friendship evolves into something more special, and Heath realizes he would give up everything he owns to protect Noelle – to bring her happiness and keep her safe. One day, Noelle just vanishes, and although she is presumed dead, Heath never gives up hope that she will someday resurface.

Epic Love is written in a fashion that is typical for Trudy Stiles. The author narrates her story from the first person perspective of both Heath and Noelle, while also alternating between past and present chapters. Stiles cleverly arranged the novel content, commingling storyline from past and present with perfect precision. The first half of Epic Love has a greater focus on the past, as a friends-to-lovers relationship develops between our main characters during their teenage years. Then, after a 12-year separation, I really enjoyed how our characters become reacquainted in the latter half of the novel!

I experienced a wide range of emotions while reading Epic Love. Anger. Confusion. Heartbreak. Sadness. Hope. Relief. Happiness. Some chapters had me smiling with joy, others left me feeling distress for the characters. I think the reason I felt so much is that I truly cared about these characters. I love reading young adult novels, and although Epic Love is definitely not a YA novel, a portion of the story is about Heath and Noelle during their late childhood and teenage years. Young adults just feel so deeply, and with her writing, Stiles expressed their young emotions perfectly.

I’ve followed Stiles’ writing career from the beginning, and she doesn’t hesitate to write about controversial topics. Although I don’t want to give away spoilers, I do think it’s important to warn readers that there are some very dark, abusive scenes in Epic Love. That being said, I think these scenes were very well written. I felt anxiety and horror while reading them. In fact, as an objective reader, I believe that I felt everything Stiles wanted her readers to feel. Throughout the story, I thought the writing flowed beautifully, and I enjoyed the uniqueness of Stiles’ plot.

Overall, Epic Love is just a beautiful story of love and healing. If you have never had a chance to read a novel written by Trudy Stiles, I highly recommend you consider picking up a copy of Epic Love! I’m including this 5-star novel as one of my 2016 favorites!
Read more
2 people found this helpful
Helpful
Report abuse
See all reviews

Basil Repa
5.0 out of 5 stars Moving on
Reviewed in Australia on September 18, 2016
Verified Purchase
I was so excited to receive yet another most exciting romantic thriller to this most unbelievable wonderful series, Epic Fail #3 with this newly released book, Epic Love, written by my favourite author, Trudy Stiles. I just enjoyed this wonderful and so emotional story of love on this incredible story through their life.

When Health was firstly met his new neighbours he was so happy to met a new friend, Noelle. Looking as though she had a creepy stepmom too. I just seemed so sad for her like she was locked up in that house.

I ultimately loved and totally adored this most wonderful book. Such a beautifully romantic close friendship between both Heath and Noelle. They were the most adorable characters. From such a glorious intimate series, this is with such an unbelievable Epic journey. It was just so beautiful. Many thanks to Trudy Stiles. It was just so moving!!

* I recommend this book to everyone!!
Read more
Report abuse

Coralee Corriagn
5.0 out of 5 stars Amazing read
Reviewed in Canada on September 20, 2016
Verified Purchase
WOW . Is all I will say. I started this book yesterday and just finished it now . Amazing read and series. Trudy Stile's has done it again. I was sucked in from the first couple of pages and couldn't put it down till I was finished of it . Loved it . If I could rate this higher then a 5 I would for sure . I highly recommend this series and author to anyone to read them
Read more
Report abuse
See all reviews
Back to top
Get to Know Us
Make Money with Us
Amazon Payment Products
Let Us Help You
EnglishChoose a language for shopping. United StatesChoose a country/region for shopping.
© 1996-2021, Amazon.com, Inc. or its affiliates