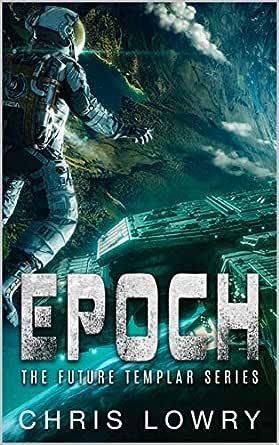 You've subscribed to the Future Templar! We will preorder your items within 24 hours of when they become available. When new books are released, we'll charge your default payment method for the lowest price available during the pre-order period.
Update your device or payment method, cancel individual pre-orders or your subscription at
Your Memberships & Subscriptions
There was an error. We were unable to process your subscription due to an error. Please refresh and try again. 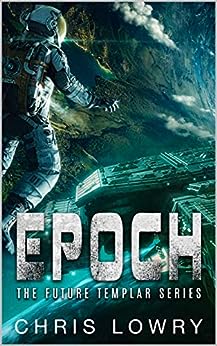 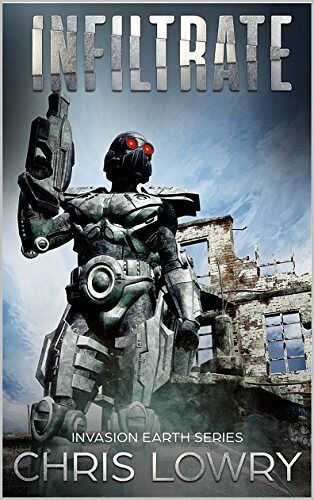 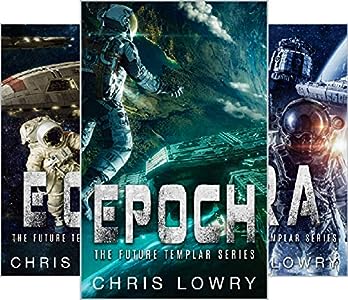 Chris Lowry is an avid adventurer and ultrarunning author. He divides his time between Florida, Arkansas and California where he trains for 100 mile Ultramarathons. He has completed over 68 races, including 18 marathon's and 12 Ultramarathons and is planning a Transcontinental Run across the United States from Los Angeles to New York City in 2016. He has kayaked the Mississippi River solo, and biked across the state of Florida. When not outdoors, he is producing and directing a documentary film about adventure and writing. His novels include Sci-Fi thrillers, Spy thriller's and mainstream fiction. He loves good craft beer and meeting with reading clubs and running clubs, especially if the aforementioned beer is offered.

3.8 out of 5 stars
3.8 out of 5
15 global ratings
How are ratings calculated?
To calculate the overall star rating and percentage breakdown by star, we don’t use a simple average. Instead, our system considers things like how recent a review is and if the reviewer bought the item on Amazon. It also analyzes reviews to verify trustworthiness.
Top reviews

Imagine a future where every decision is analyzed by a computer, where the dark night is full of fear, normal citizens huddle behind locked doors and the special police forces are little more than hired bodyguards.Max Darwin lives in that world but longs for a simpler time. He builds a wormhole in time to retrieve a Templar Knight, a member of an order re-founded in the late 2100’s, to protect villages. Darwin thinks the bleak future needs an infusion of the warrior’s values. But the Templar is a barbarian, a soldier trained beyond Darwin’s imagination, a killing machine.Brought into a world he doesn’t understand, the Templar fights through the Mob, a throbbing mass of humanity that terrorizes the night. He’s taken prisoner by the Troops, the elite police force and sentenced to a public death by the Central Terminal, the processing unit that controls the city.A sympathetic Trooper, Robe helps set the Templar free with the aid of Dr. Darwin. They escape to a small series of islands off the coast, but are shot down by pirates that claim the area as sanctuary. The Templar fights to take over the leadership of the pirates, but has to contend with the leader’s daughter, a woman as tough as he is.The Troops stage a raid on the island to reclaim Robe and bring him back for punishment. The Templar is torn between the safety of the islands and his new found friendship with Robe.He decides to mount a rescue. He journeys through the darkness, accompanied by Darwin and his assistant to save his friend. He has to fight the Mob, defeat the Troops and outwit their Commander to lead the small party back to the coast.But will he be happy in the islands? This new world is strange, but full of possibilities. Can he convince the Mob to join him to overthrow the computer? Can he convince the Troops to ignore ideals and training to work with him? Can the Templar, despite his barbarism, bring change to the new world, as Darwin hoped?Book One in the Templar Series

These are nowhere near all the books, this is just the ones I had keyed up in ku or else was gotten on freebie day
Moon Men: A Science Fiction Comedy
Super Secret Space Mission: A Sci Fi Comedy
Epoch (the Future Templar Book 1)
INCURSION - an ALIEN OMNIBUS {the 3 directly above}
Bovine Bloodbath: The Herd Shot Round the World {this is actually #3 of 13 planned this yearto go along with Moon Men and Super Secret Space Mission}
The Grandkids: A Christmas Story
Time Out: A Jim Cabot Time Traveler Novel (A Jim Cabot Adventure Book 1)
The Dipold Shield

TheMama1836
2.0 out of 5 stars Not complete
Reviewed in the United States on October 24, 2020
Verified Purchase
First of all, reader be warned: This is a serial, NOT a stand-alone book.

Secondly, there are so many anachronisms & inappropriate verbal exchanges between people of such different time periods that the believability of the story is significantly lessened to the point of riduculousness.

The premise is interestung...but the presentation and perceived authenticity is severely lacking.

Matt Brown
3.0 out of 5 stars Fun read but flawed
Reviewed in the United States on January 30, 2019
Verified Purchase
Fun easy read, great fight scenes. For me three things kept it from being great and me from buying the next 2 books:
1. Our main character is just a bit too powerful for a human, no matter how well bred and trained.
2. A few escapes are just too easy and improbable.
3. The author writes wonderfully thru the fight scenes and other narritives but frequently during dialogue or describing characters inner thoughts the writing becomes simplistic, forced, short and it seems like a very different much less talented writer has taken over the narrative for a page or two, very strange. Overall though the book is a fun read with a fresh premise.
Read more
One person found this helpful
Helpful
Comment Report abuse

M.D. Robinson
3.0 out of 5 stars Not bad, want to read more...
Reviewed in the United States on December 19, 2016
Verified Purchase
I enjoyed the story and theme. The ideas and content are well thought out and a few hooks keep me asking for more.
The character development needs some work though because the reasons for the characters to join forces was just no there for me. Everything seemed to hem on threats of death from someone or some thing.
Also the grammar, punctuation and minor story details were distracting as I read. Had to reread a few sentences to try to tackle what was being said.
Read more
6 people found this helpful
Helpful
Comment Report abuse

word addicted
4.0 out of 5 stars A very good read.
Reviewed in the United States on July 8, 2016
Verified Purchase
It's the future. A Templar knight is brought back from a more distant future (to us), but the past to the characters in the story. He is extremely tough, even when confronted with modern fighters in "suits" of armor. The Templar adapts rapidly to his new environment and adjusts quickly to each threat. There is something near magical about this character.
The writing is top notch and the action well paced. A very good read.
Read more
3 people found this helpful
Helpful
Comment Report abuse

Kindle Customer
5.0 out of 5 stars A SyFy Novel of the Future, but with a Twist. Time Travel
Reviewed in the United States on July 31, 2016
Verified Purchase
CL bias written of a time in the future where the populace is run by a committee. Unfortunately, thee committee works for whom they Jewish to work. The Rich and Warriors fit there plans the others are subdivided into groups of less than human. A Tremplar is called from the past to set the house in order. This is an excellent read for the genre.....ER
Read more
One person found this helpful
Helpful
Comment Report abuse

Scott Groff
5.0 out of 5 stars Template vs. the Mob vs. the Computer
Reviewed in the United States on June 14, 2020
This a really good story. There are some lack of editing errors but nothing that hinders enjoying the story. Kind of an unrealistic ending.
Read more
Helpful
Comment Report abuse
See all reviews

Harald Schlindwein
2.0 out of 5 stars A pity
Reviewed in the United Kingdom on November 15, 2017
Verified Purchase
A pity, the idea behind the story had potential but everything is too flat. The characters, description of the environment, society. A bit more effort and time spend on those things would help it a great deal. Opportunity missed I fear.
Read more
Report abuse
See all reviews