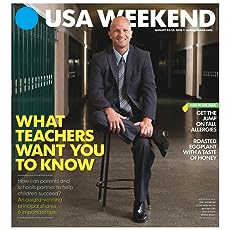 Eric is a Senior Fellow and Thought Leader on Digital Leadership with the International Center for Leadership in Education (ICLE). Prior to this he was the award-winning Principal at New Milford High School. Under his leadership his school became a globally recognized model for innovative practices. Eric oversaw the successful implementation of several sustainable change initiatives that radically transformed the learning culture at his school while increasing achievement.

His work focuses on leading and learning in the digital age as a model for moving schools and districts forward. This has led to the formation of the Pillars of Digital Leadership, a framework for all educators to initiate sustainable change to transform school cultures. As a result Eric has emerged as an innovative leader, best selling author, and sought after speaker. His main focus is the use of social media and web 2.0 technology as tools to facilitate student learning, improve communications with stakeholders, enhance public relations, create a positive brand presence, discover opportunity, transform learning spaces, and help educators grow professionally.

He has also contributed on education for the Huffington Post, co-created the Edscape Conference, sits on the FEA Board of Directors, and was named to the NSBA "20 to Watch" list in 2010 for technology leadership. TIME Magazine also identified Eric as having one of the 140 Best Twitter Feeds in 2014. He now presents and speaks nationally to assist other school leaders embrace and effectively utilize technology. His blog, A Principal's Reflections, was selected as Best School Administrator Blog in 2013 and 2011 by Edublogs.

Eric began his career in education as a Science Teacher at Watchung Hills Regional High School where he taught a variety of subjects (Biology, Chemistry, Marine Biology, Ecology) and coached several sports (ice hockey, football, lacrosse). He then transitioned into the field of educational administration as an Athletic Director/Supervisor of Physical Education & Health and Vice Principal in the New Milford School District. During his administrative career he has served as District Affirmative Action Officer and was the president of the New Milford Administrator's Association. During his tenure as high school principal he successfully implemented numerous initiatives including a new teacher evaluation system (McREL), oversaw Common Core implementation, and initiated a new grading philosophy. Eric received his M.Ed. in Educational Administration from East Stroudsburg University, B.S. in Biology from Salisbury University, and his B.S. in Marine/Environmental Science from the University of Maryland Eastern Shore.
Read more 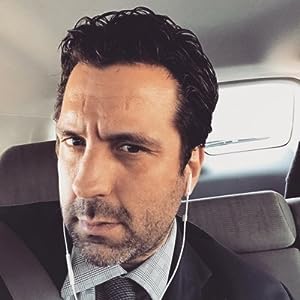 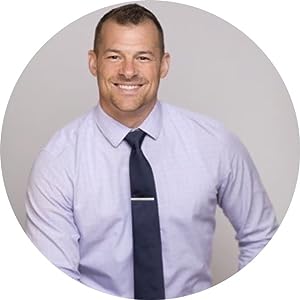 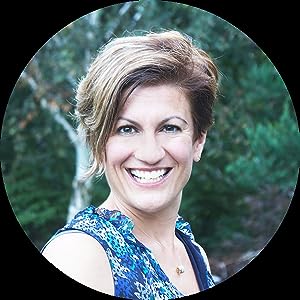 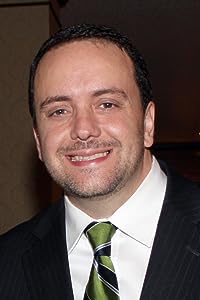 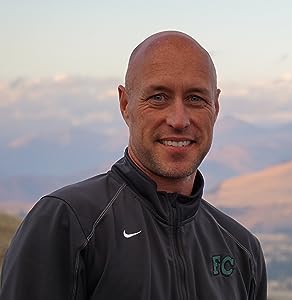 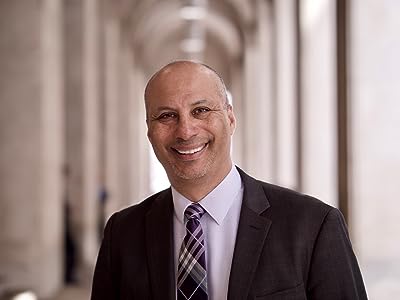 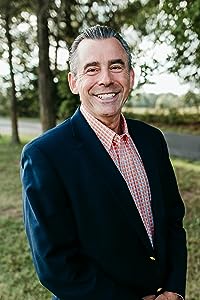 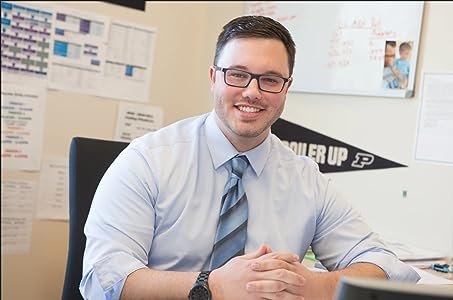 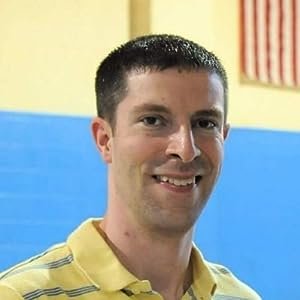 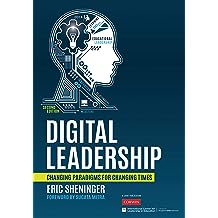 Lead for efficacy in these disruptive times!

Cultivating a school culture focused on the achievement of students while anticipating change is imperative, but it’s tough to keep up with varying leadership demands when it seems like society and technology are constantly changing as well! Moving beyond the skills and tools introduced in the first edition, this revamped second edition features: 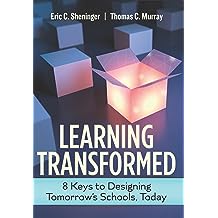 With all that we know about how students learn, the nature of the world they will face after graduation, and the educational inequities that have existed for centuries, maintaining a traditional, one-size-fits-all approach to teaching and learning is tantamount to instructional malpractice.

International security, the success of global economies, and sustainability as a global society all depend on the success of our education system in the years to come. It’s our obligation to prepare our students for their future—not our past.

The traditional model of schooling ultimately prepares students for the industrial model of the past. If we want our students to become successful citizens in a global society, we must dramatically shift to a more personal approach. Failure is not an option. We can no longer wait. Let Learning Transformed show you how you can be a part of the solution.

The authors encourage you to use the hashtag #LT8Keys to continue the discussion online. 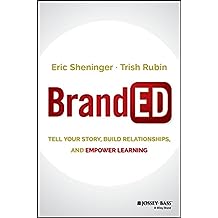 "A great resource for educators who want to strengthen their connections with students, teachers, parents, and the wider community. These two innovative leaders don't just capture how to tell the story of a school—they show how to create it."
—Adam Grant, New York Times bestselling author of Originals and Give and Take

"Every day in every one of your schools, great things happen. How does your community know? Schools that are Future Ready boldly engage their community to build relationships and empower both students and families. Powerful yet practical, BrandED is the perfect resource to help your school share its story with the world."
—Thomas C. Murray, Director of Innovation, Future Ready Schools

"Eric and Trish demystify what it means to brand one's school by providing eight compelling conversations that not only lead to a deeper understanding of branding, but provide relevant ways for school leaders to frame their work… . In the vast sea of information in which we currently reside, using the BrandED Leadership methods described in this book will help school leaders reach their audiences in ways that create trusting relationships and loyalty."
—Dwight Carter, Principal, New Albany High School

"Disruption is the new normal. And the great disruptors of our time are shaping the culture itself in innovative ways. Eric and Trish's book BrandED sends a very compelling message to school leaders that developing and executing a smart, innovative brand strategy can disrupt the best practices' conventions of the existing school system. Like great disruptive brands from Apple to Uber, educators now have the ability to get the community engaged and immersed in the school's brand equity—and BrandED provides the roadmap for getting there."
—Scott Kerr, Executive Director of Strategy and Insights, Time Inc.

A brand is built around three key elements: image, promise, and result. The power of a brand to communicate all three elements is undeniable, and in today's digitally connected, social society, schools and school districts have a lot to gain by developing and promoting their own brand identities. BrandED is the groundbreaking guidebook for educators who want to enhance communication with students, parents, and stakeholders to create a transparent record of value.

You know great achievements happen at your school. Unfortunately, many of those stories stop at the school doors. This hands-on guide from two rising stars in the education field, Eric Sheninger and Trish Rubin, empowers educators at all levels to take control of how the mission, values, and vision of their schools is communicated. An engaging collection of transformative conversations lead you to discover the opportunities and benefits of designing a brand for your school and sustaining a BrandED community to evangelize it. Even if you have no marketing experience, the easy-to-use framework takes you step by step through the nuances of spreading good news about your school and building relationships around those actions. Timesaving, practical advice prepares you to begin innovating at your school right away, and convenient tips and reflections at the end of each chapter make it easy to integrate the BrandED mindset and practices into your everyday routine. 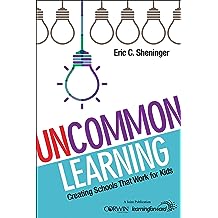 Integrate digital media and new applications with purpose and build a culture of learning with pleasure!

Let students use real-world tools to do real-world work and develop skills society demands. Be the leader who creates this environment. UnCommon Learning shows you how to transform a learning culture through sustainable and innovative initiatives. It moves straight to the heart of using innovations such as Makerspaces, Blended Learning and Microcredentials. Included in the book: 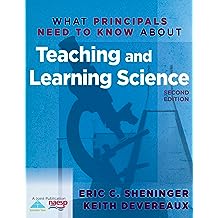 What Principals Need to Know About Teaching and Learning Science Aug 29, 2012
by Eric C. Sheninger , Keith Devereaux
$28.99
This accessible resource offers practical strategies for increasing student achievement in science and fostering a school environment that supports the science curriculum. Assess your own science programs, and discover tools to evaluate teachers’ preparedness for science instruction. With checklists, assessments, and reproducibles that you can share with teachers, parents, and other stakeholders, discover how to improve science instruction and sustain a strong science program.
Read more
Other Formats: Perfect Paperback 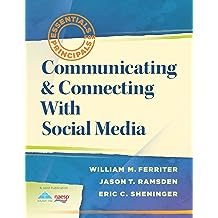 Communicating & Connecting With Social Media (Essentials for Principals) Jan 1, 2012
by William M. Ferriter , Jason T. Ramsden
( 5 )
$23.70
Social media holds great potential benefits for schools reaching out to our communities, preparing our teachers, and connecting with our kids. In this short text, the authors examine how enterprising schools are using social media tools to provide customized professional development for teachers and to transform communication practices with staff, students, parents, and other stakeholders.
Read more
Other Formats: Hardcover , Perfect Paperback