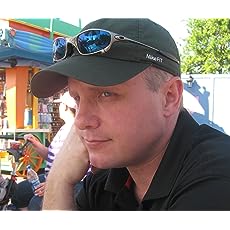 Winner of the 2018 ELIT for the high fantasy novel Dar Tania, and also Best Author Website! To learn more about Eric K. Barnum and the world of the Forsaken Isles, visit his blog at forsakenisles.com or erickbarnum.com

An avid fan of the fantasy genre, Eric K. Barnum finally released his first book, Dar Tania, in September 2016. Set in a novel fantasy world pulled between magical and divine powers, Eric presents the Forsaken Isles, a world not too unlike our own. As the druid Brook said in Dar Tania II: Set's Dream, 'forsaken' because the people of the isles fled from their devastated homes, never to go back.

Eric writes from Virginia when not otherwise engaged in his career as an analyst, hiking with his three daughters, or reading. With a deep love of fantasy works, and inspired by modern fantasy authors like Raymond E. Feist, David Eddings, and Brent Weeks, Eric hopes to take the familiar and present new ideas about how and why, in a world with magic, gods still matter. The paladin is a particular favorite in all Eric's stories. Their relationship with priests, dragons, avatars, and necromancy in particular fill the pages of the Forsaken Isles.
Read more 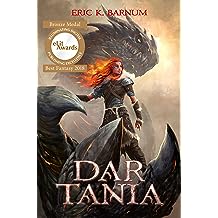 Ever! When she hears Tiamat's call in her soul, she begins unifying the tribes of the fire-breathing dragon they all worship. Will they be able to set aside their differences and accept this message?

You'll love this book and it's non-traditional take on dragons-as-gods. Dar Tania is not just the first priestess, she's also the first to ride the fiery Alerius. With a hostile nation to their north and burning totems all around, Dar must find a way to realize Tiamat's vision of this people as a god-slaying Spear. 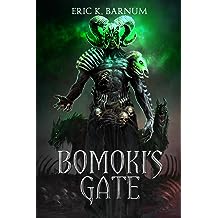 Join the empire of Morbatten as it takes on Orcus, the abyssal God of Undeath! This fast-paced book will transport you into a world of dragons and their servants in the ultimate bid to kill the unkillable.

You'll love this book about war-scale heroic characters, fiendish gods, and dragons using every tool in the arsenal to take on one of the most powerful gods in fantasy. The cost of this fight may be more than they bargained for.

Add this full-length novel to your list and armor up with the Knights of Tiamat today!
Read more
Other Formats: Paperback 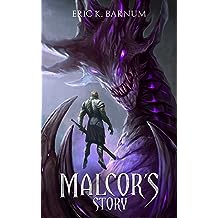 Join this young knight and be instantly captured into a battle where Time itself is used as a weapon. To rise a paladin, he must remain true to the path, his faith, and the dragons he serves.

You'll love this book because it follows a young knight into war, conflict with shadow dragons, and an epic battle against the most powerful of the undead: a lich! Unlike most knightly tales, Malcor is young but is supported by a war machine like you've never seen before. 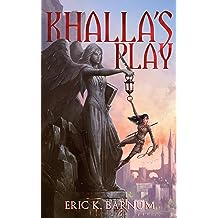 Khalla is a young elf. She rules Perdition, one of the most powerful Thieves Guilds. In the struggle to control the black market for the dead god of necromancy's body, Khalla is also working to assemble a team of heroes for an adventure to a lost Tower of Sorcery.

If you enjoy intense characters and themes as well as a fast-paced action full of magic, pick up Khalla's Play and begin reading it today!

When the God of Necromancy dies, Taysor and Morbatten’s thieves turn on each other to control the black market and powers to be gained by harvesting the god’s body parts. Amidst serpentine street war, the Tanian Thieves Guild ‘Perdition’ rallies behind Khalla as their new leader. The former leader just wants to cash in on a treasure map and let the guilds fight it out. That map points Khalla’s team to Merakor. The ancient civilization, destroyed by the dark elves nearly 3,000 years ago, has sat ripe and untouched until now.

The fighting stirs and ancient evil lying dormant below the templed streets of Taysor. The Dark Legion guild craves the blood of the Jade God. Instantly addictive to them, the turf battles mask their lust for more. Without a god controlling necromancy, undeath powers run amok and the Dark Legion realizes it may just have the power to take all that it craves.

As allies turn on friends, Orc armies march, and the gods themselves fight for control over necromancy, join Khalla’s team as they make ready to depart for Merakor. Their mission is simple: find the lost tower of a 3,000 year ago archmage. They need a team of heroes, strong enough to fight the dark elves but wise enough to stay on course. Strength and wisdom… these do not describe Khalla. It’s okay, Khalla: your friends have your back. 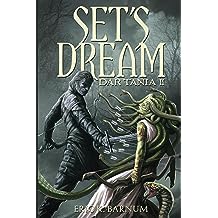 For the ranger Bruce, it brought love. Join this unlikely pair as they confront one of the Abyss's most terrifying creatures, the Slaadi. Set on conquering all they see through infection, the medusa Syliri races against time and her own nature to avert the destruction of the empire she serves.

If you enjoy bold reimaginations of classic fantasy monsters, you'll pick this up right now!
Read more
Other Formats: Paperback 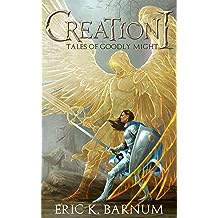 Creation I - Tales of Goodly Might Dec 21, 2018
by Eric K. Barnum
( 3 )
$0.99
Enter the Forsaken Isles, where gods and magic move through the world. Join the struggle of Good and Evil as seen through four stories of heroes standing against warp and evil. Which hero will capture your heart and pull you into this world of fiery imagination? The corrupted anti-paladin drowning in blood who at last attains a hope of redemption is the first story. Discovery of a hell lord's religion adorned in the symbols of heaven is another. Perhaps, the story of a young knight's attempt to defy the elder gods will capture you. Or, the angels of Heaven and their friendship with paladins will sway you into the sunlight?

Each story shows the world through a noble god and another in opposition. Whether it is the light or the dark that stirs your soul, Creation I - Tales of Goodly Might is a fast-paced vignette of adventure, action, and mighty deeds!
Read more 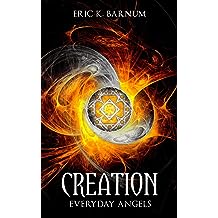 Everyday Angels Oct 16, 2018
by Eric K. Barnum
( 2 )
$0.99
Ceanne is not a typical paladin. She became a knight later in life for one. Her angel is younger than most. But, her faith is strong. When political rivals visit the temple and challenge her Order, Ceanne will find herself on the front line of a battle between Good and something all together alien and evil beyond comprehension.

Join her journey as she takes up her sword, learns her angel's name, and wars with primordial forces of alien malice. This novella will thrill you with its fast plot, sympathetic characters, and unique take on magic and divine beings in a classic god and dragon versus demon battle. Grab it now!
Read more 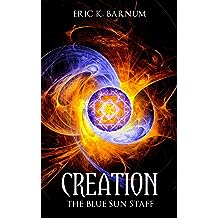 The Blue Sun Staff Sep 5, 2018
by Eric K. Barnum
$0.99
While an evil empire marches to slay a demonic god, a team of heroes embarks on a quest against evil itself. Join Lionel, a young paladin seeking the Blue Sun Staff. It is said this ancient relic has the power to reveal hidden malice and malignant purpose.

If Lionel can retrieve and harness the Blue Sun’s power, he can prevent an apocalypse and stymie evil. To do this, his band must win over an ancient vampire or defeat it. There are two other vampires though, and they are gods in their own right.

With faith as your mightiest weapon and hope your only defense, enter the Abyss with Lionel and face your destiny. 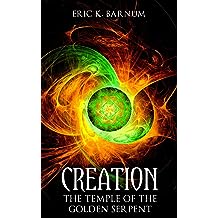 The Temple of the Golden Serpent Jun 27, 2018
by Eric K. Barnum
( 4 )
$0.99
A Hell Lord is bent on using addiction as a tool of religious control. Heroes will rise up, but what can they do when the worshippers believe they serve Heaven?

Join battle priest Jerranic, a servant of Heaven, as they explore a new land and encounter a strange new faith. The devout use drugs as part of their rituals. Beyond this strange quirk, the symbolism and language of the faithful is like anything righteous Jerranic would encounter in his own temples. Yet, something is amiss in the land of Pel Paijan. Jerranic must figure it out to save the Paijans, but also to ensure the lethal form of spreading the religion does not someday destroy his own nation.

At 48 pages, this novella will introduce you to the worshippers of the Sun God, Pha Ran, and a new culture not of the Forsaken Isles on a different continent. Fast-paced and rich in detail, meet a Hell Lord the way they should have always been presented... cloaked to look pleasing to the eye but with a sinister purpose.
Read more 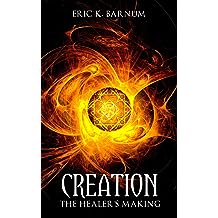 The Healer's Making Mar 25, 2018
by Eric K. Barnum
( 4 )
$0.99
In a world wracked by years of war, a raging fighter finds hope of redemption in healing. Ending faith by blade and trading in the instruments of murder for mending, will his faith be able to save the day?

If you like something a bit shorter, give this immersive novella a try. At 41 pages if paperback, this will give you a taste of the Forsaken Isles, and a wicked craving for more!
Read more