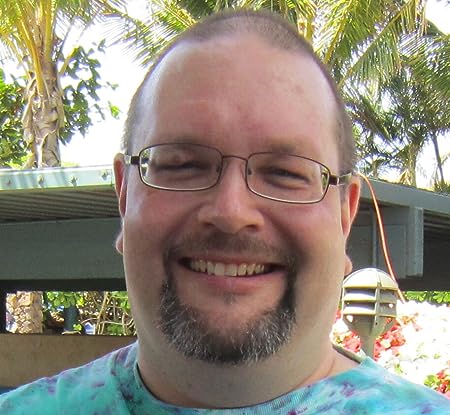 I decided to switch from writing software to writing books full time in 2013. I had been writing short stories for myself for years, as well as user manuals for the software I had created, so moving on to writing novels was a logical choice for me. After reviewing a group of my short stories, I realized they could be part of a much larger story, so I began writing the Infinite Divergence series. The first two books in that series are out and I am currently working on the third. I will be continually writing new books in the series, eventually spinning off stories focusing on some of the secondary characters.

I have a blog dedicated to my writing at http://ericpauker.net/blog

A Wiki with extended information about the universe where the Infinite Divergence books takes place can be found at http://ericpauker.net/idu . Be warned that it contains spoilers for anyone who has not read the books.

I also have a web site dedicated to my other creative work at http://ericpauker.net/ 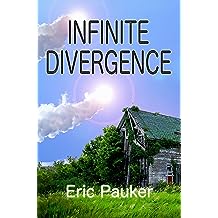 Infinite Divergence Mar 23, 2015
by Eric Pauker
( 3 )
$0.99
When the isolated town of Brentwood, British Columbia is attacked by an unknown technologically advanced enemy, Jack Campbell and his friends are forced to flee in hopes of finding sanctuary in a nearby city. After discovering the city and everything around it had been demolished by the enemy, they begin to realize they may be the only people left alive.
Follow Jack and his friends as they search for other survivors, while discovering that some of the invaders may have other intentions for the human race. 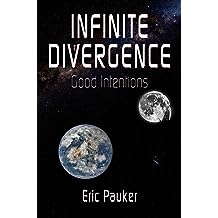 Infinite Divergence: Good Intentions May 11, 2016
by Eric Pauker
( 1 )
$0.99
Since the Lights left Earth, Jack Campbell and his friends have been trying to rebuild the cities and create a defense system for the planet. But constant distractions may mean they will not be prepared for when the Lights return. They may be making more enemies than friends as the remnants Earths governments isolate themselves in a handful of cities and others work in secret to eliminate Jack so they can control Earth and its people.

Follow Jack and his friends in this second book of the Infinite Divergence series as they discover dangerous hidden secrets, aliens who are not what they seem, and disturbing events the Lights had been hiding from everyone. 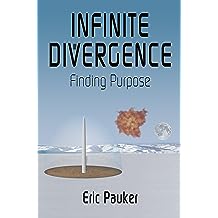 Infinite Divergence: Finding Purpose Jul 16, 2017
by Eric Pauker
( 1 )
$0.99
Jack Campbell and his friends believed it was their purpose in life to save the human race. They also believed because they relived their lives repeatedly they had as much time as they wanted to accomplish their goal. They believed wrong. Join Jack and his friends as they fight against the many unexpected and alien threats to the Human race as they desperately try to protect everyone.
Read more
Other Formats: Paperback