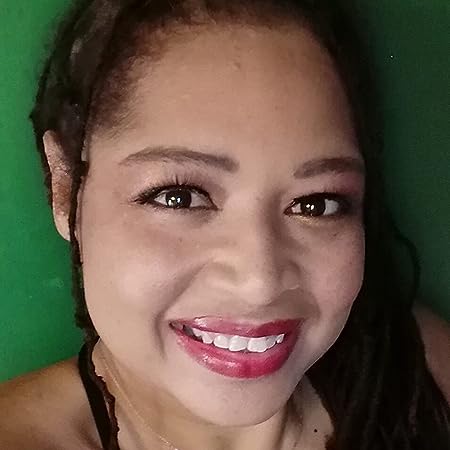 Smut Writer was supposed to be a joke!

By listing "smut writer" as a profession on Facebook many moons ago, a page was created in its honor. Despite not knowing what to do with the moniker, the likes began to mount. Not one to waste a gift, EB decided to attempt to take up the mantle.

Now she's diving into the role. She's always dabbled in erotica (particularly of the dark urban fantasy variety), but having more time on her hands than she's used to, EB has decided to dive deeper into the hobby. More works to come. If you're looking for a quickie or two, check out her site ericabeale.com. 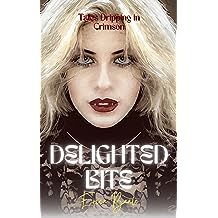 Delighted Bite: A Tale Dripping in Crimson II (Tales In Crimson) Aug 23, 2022
by Erica Beale
$0.99
Welcome to Crimson, a posh, ocean-side city on the Eastern Shore of Maryland. But it's not just a tourist trap; it's home to all sorts of things that go bump in the night. Vampires, Skinwalkers, and Witches, among other creatures, roam the city streets, preying on the unwitting humans who have serviced them for generations.

His Cupcake is gone.

David has lost the love of his life to an ancient evil so he decides to find solace in the one place she would never allow. The Den is a popular nightclub on the Moonlit Mile, a stretch of road in the heart of the city designed to draw in locals and tourists alike. But, beyond being a club, it is also secretly known as the Vampire Feeding Grounds.

With life suddenly taking a turn for the worse, he finds himself back there, offering his blood for a bit of pleasure that can only be given by a vampire's bite.

Will he be able to drown his pain in the incredible ecstasy, or will it only mask the ache in his heart? 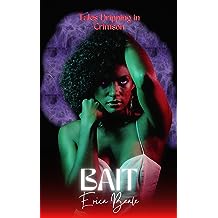 Bait: A Tale Dripping in Crimson (Tales In Crimson) Aug 16, 2022
by Erica Beale
$1.99
Welcome to Crimson, a posh, ocean-side city on the Eastern Shore of Maryland. But it's not just a tourist trap; it's home to all sorts of things that go bump in the night. Vampires, Skinwalkers, and Witches, among other creatures, roam the city streets, preying on the unwitting humans who have serviced them for generations.

Detective Mark "Kip" Kipper has only recently come to the knowledge of the supernatural world around him. On loan from the Crimson PD to the Department of Paranormal Affairs and Activities, he is assisting Special Agent Xander Sun in investigating a series of attacks made by a mysterious creature that uses lust to capture its prey.

There is only one way to lure this creature out into the open: offering bait she can't resist.

...And there is one man who fits the bill.

Will Kip be able to resist the pull of a creature who feeds on desire, or will he succumb to the ecstasy she promises in poisoned honey whispers? Even a southern gentleman has his limits. 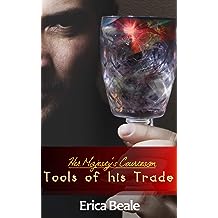 Tools of his Trade: Her Majesty's Courtesan I Jun 27, 2020
by Erica Beale
$0.99
Princess Cesaire is hunting for a Royal Courtesan, and Ehrol has every intention of being her choice. A message from afar gives him the key to slinking into her bedroom. However, Ehrol is out of practice with her particular choice of pleasure. With only hours to spare, he and his best friend, Ashuli, dust off his tools to relearn his technique.

While the Phryne prepares for the Imperial entourage, Ehrol hones his bedroom skills. Will he be able to capture the magic before his Princess arrives?

Tools of his Trade is a spacefaring, erotica short-story. Part one of Her Majesty’s Courtesan. 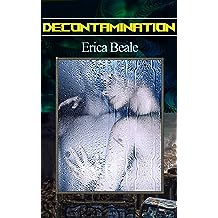 Love is like war: easy to begin but very hard to stop.

Lt. Margaret “Mags” O’Reilly is always ready for a fight. She’s been on the fields of battle against the other-worldly invaders, the O’okara, for most of her adult life. At her side is Pryce, a human-O’okara hybrid bred in a scientist’s lab, who is also her best friend. Companionship is no stranger to them, but when the pair becomes stuck together in the decontamination chamber, secrets between them are exposed.

Faced with a truth she’s not ready to hear, Mags has to decide if she wants to give in to newfound hungers, risking the chance of losing the only person she has ever trusted. Or will she face the reality that, as a soldier in an unending war, there is no place or time to give your heart?