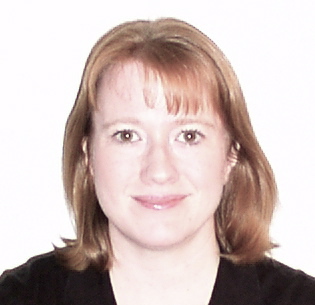 Erin Manning is an incurable storyteller who has been publishing clean young adult science fiction and fantasy since 2012. She has lived all over the United States of America but has been settled in Texas since 1999. She has participated in National Novel Writing Month events since 2006 and loves to encourage fellow writers on Twitter. 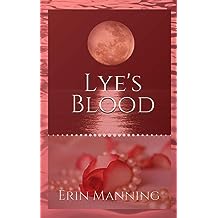 Lye's Blood Sep 21, 2018
by Erin Manning
( 1 )
$2.99
Sarah Grey isn’t sure what’s more bewildering: her grief at her father’s death, her new life in bustling Kingsport, or her aunt’s determination to see Sarah make a brilliant marriage. As Sarah’s period of mourning ends and she enters Kingsport’s busy social life, there are only two things she knows for sure. One is that the people of Kingsport are too fond of mermaids, who ensure the shipping town’s prosperity. The other is that Aunt Lyda is too inclined to hope that Sarah will marry Octavian Lye, the town’s most important and most eligible bachelor. Sarah has other ideas for her future. Before she can act on them, the town is gripped with terror: there is a vampire in Kingsport, preying on young girls. Sarah is the first to learn the shocking truth behind the sinister attacks—but the truth leads to terrible secrets and hidden dangers for Sarah and the people she loves.
Read more
Other Formats: Paperback 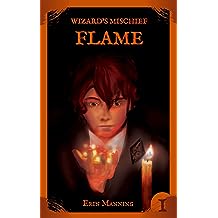 Flame (Wizard's Mischief Book 1) Oct 31, 2020
by Erin Manning
$2.99
“It started at Glumgate. The school for wizard losers with useless magic. My new school. I’m no loser. Back home in Ragvale I led all the most successful pranks. My plan: use my talent for making mischief to fight our wicked principal. Nothing could go wrong—or so I thought. Until my real magic showed up. And with it, the people who know who I really am—the ones who want me dead.”Rogan Brandle doesn’t know which is worse: having a loser magic gift, or having to go to Glumgate School to learn how to use his useless power. But things aren’t at they seem either at Glumgate or in Rogan’s life. Family secrets and mysterious powers collide, with Rogan in the midst of the chaos he helped create. Can he discover the truth about his magic and his identity in time to escape what he has set in motion and survive an attack from hidden enemies he never knew existed? One thing is sure: his safe, happy life in a quiet village is gone for good.
Read more
Other Formats: Paperback

Rogan Brandle is back home in Ragvale. Terrible news has left him with a dangerous mystery to solve, and his true identity is still a secret. When Rogan goes to Cinderwell he gets the chance to investigate the deadly crime committed against the Thorne family. His sleuthing leads to a dark world of twisted magic and evil wizards, and he finds himself in a race against time to solve the crime, save a life, and expose the truth, no matter the cost. 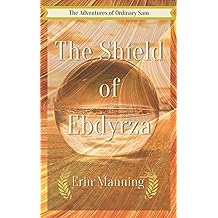 The Adventures of Ordinary Sam: Book Five: The Shield of Ebdyrza Aug 21, 2020
by Erin Manning
( 1 )
$2.99
Sam Oldfield is a powerful Enchanter in one world and an ordinary seventh-grader in another. He wants to get back to the magic world of Ebdyrza to stop the evil Paragons from taking over. But he needs time to learn to fight such deadly foes if he hopes to defeat them. When evil Enchanters from Ebdyrza show up in Sam’s ordinary world to bring the fight to Sam, he isn’t prepared for the lengths they’ll go to get what they want. To draw his enemies away from Fairview, Sam must cross the Divide into Ebdyrza again and face this final battle, ready or not. 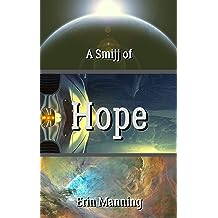 A Smijj of Hope (Tales of Telmaja Book 10) May 23, 2020
by Erin Manning
( 2 )
$2.99
At long last, the Twenty Telmaj are together. The time has come to end Telmaj slavery once and for all. Smijj knows what they need to win this fight: an ancient ship tethered to Celef Station, his former home. But an old enemy threatens the Twenty’s careful plans to collect the mysterious ship just as the Unified Government captures members of Ranym’s family. When Smijj and his friends learn of the Inner Circle’s plot to turn their Human allies against Telmaja they must work fast to stop their foes from succeeding. They are in for the fight of their lives, but if they fail, their dream of ending Telmaj slavery might never come true.
Read more
Other Formats: Paperback 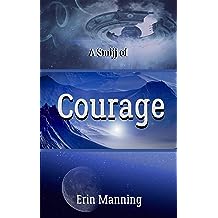 A Smijj of Courage (Tales of Telmaja Book 9) Oct 4, 2018
by Erin Manning
( 2 )
$2.99
Far from Telmaja and separated from all of his friends, Smijj is trapped on a Government prison planet. Luckily he has met a new ally who is helping him make plans for a daring escape. But their plans are complicated when the ship they board is hiding a secret: a new member of the Twenty, an escaped slave on the run from the Unified Forces. As Smijj desperately tries to make his way back home, Lucien must race to rescue another of the Twenty who is fleeing from her life as a slave. But in his absence Taika finds herself leading the Twenty at the very moment when the Unified Forces seem poised to bring the war to Telmaja. To win this fight, the Twenty need Smijj to come home before it’s too late.
Read more
Other Formats: Paperback 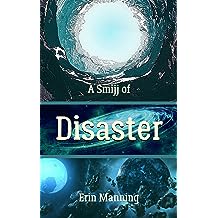 A Smijj of Disaster (Tales of Telmaja Book 8) Oct 1, 2018
by Erin Manning
( 1 )
$2.99
Smijj, the leader of the Twenty Telmaj, is eager to get back to the fight against the Unified Government, especially after the terrible attack on Yylex, an artificial world that was one of Telmaja’s allies. Right now, Smijj has another task: getting ready for the official palace event at which Prince Talien will introduce his royal great-nieces to the people of Telmaja. It seems like the wrong time to be learning palace etiquette and preparing to celebrate the return of Telmaja’s two young princesses. When a chance to lead a mission to a place far from Telmaja arises, Smijj is glad to take on the job. But Smijj doesn’t know that a sinister scientist has engineered a deadly plot that involves Telmaja itself; and Smijj can’t guess that in his absence, his dearest friend will wind up in the gravest danger of all.
Read more
Other Formats: Paperback 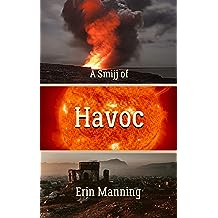 A Smijj of Havoc (Tales of Telmaja Book 7) Sep 28, 2018
by Erin Manning
( 1 )
$2.99
Smijj, the leader of the Twenty Telmaj, doesn’t always feel like a good leader. There are so many new members of the Twenty that the once close-knit group often seems too chaotic to be Telmaja’s best chance for winning this war. When the Unified Government attacks one of Telmaja’s allies, a small artificial world, Smijj agrees to bring as many of the Twenty to help the survivors as he can. But there’s a deadly plot to capture Lucien, and Smijj doesn’t guess that asking Lucien to go to Yylex is playing right into the kidnapper’s hands. When Smijj realizes that Lucien is gone and no attempt to find him can be made until the war victims are brought to safety, his ability to control both the Twenty and his own impulsive nature will be put to the test.
Read more
Other Formats: Paperback 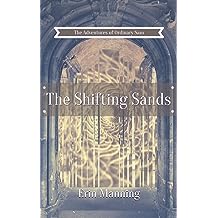 The Adventures of Ordinary Sam: Book Four: The Shifting Sands Sep 27, 2018
by Erin Manning
( 2 )
$2.99
Sam Oldfield is trapped in Ebdyrza. On the one hand, he now knows the identity of all three of the Paragons, the evil Enchanters trying to take over the magical land. On the other hand, a reckless bargain Sam made with the Paragons’ leader to free his family from their power has backfired, and Sam is trapped in the most dangerous place in all Ebdyrza: the Shifting Sands. Alone, stranded, and struggling to stay alive, Sam realizes that time may run out for him before he can escape. But if he can’t figure out a way out of this deadly desert, Sam may not be able to stop the Paragons from their most evil plan yet—a machine that drains the magic from helpless creatures and makes the Paragons’ army unstoppable.
Read more
Other Formats: Paperback 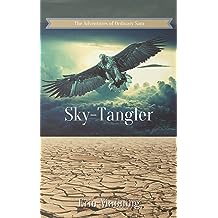 The Adventures of Ordinary Sam: Book Three: Sky-Tangler Sep 25, 2018
by Erin Manning
$2.99
Sam Oldfield’s life is far from ordinary these days. His cousin Eric now lives in Fairview and is teaching Sam to use Enchanter’s magic properly. Sam’s mom knows about Ebdyrza and is quickly becoming friends with Kittritt, Sam’s sky-tangler friend. But not everything is going well; Sam’s dad has been strangely distant and is impatient to help Eric move out of the Oldfield’s home. Sam thinks his father will understand everything if Sam can just tell his dad about Ebdyrza. But before Sam can find a way to do that, danger strikes both in Ebdyrza and in Fairview. As Sam and his friends cross the Divide into Ebdyrza again, they find that the evil Paragons have taken steps to keep them trapped there—and they will stop at nothing to get Sam in their power.
Read more
Other Formats: Paperback 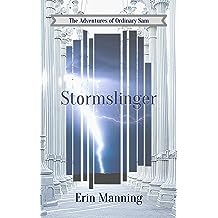 The Adventures of Ordinary Sam: Book Two: Stormslinger Oct 26, 2017
by Erin Manning
$2.99
Most days, Sam Oldfield seems like an ordinary kid. But it's hard to be ordinary when you're really a powerful Enchanter destined to save a magical kingdom. Other Enchanters have been using their magic for evil, and Sam may be the only one who can stop them, thanks in part to the mysterious and magical Sand Stone that only Sam can use.Some days, Sam wonders what's more important: learning to use magic to save the kingdom of Ebdyrza, or passing seventh-grade math? At least Christmas break will be normal—or so Sam thinks, until the spell keeping Enchanters from crossing the Divide into the ordinary world is destroyed by an Enchanter Sam would rather not meet again. And when Sam and his friends must flee into Ebdyrza to escape a powerful enemy, Sam's worlds collide at last, as Sam must be prepared to fight not only an enemy, but a member of his own family.
Read more
Other Formats: Paperback 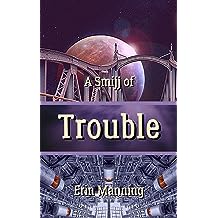 A Smijj of Trouble (Tales of Telmaja Book 6) Sep 23, 2017
by Erin Manning
( 1 )
$2.99
It isn't easy being the leader of the Twenty Telmaj in a time of war. It's even harder when Firra, one of Smijj's oldest friends, decides she can no longer support the war or trust the Twenty. But Smijj doesn't have time for personal problems, not with Alcemitron, home of the Robots' Union, seeking an alliance with Telmaja.

Things aren't always what they seem, however: Alcemitron wants more than an alliance. Someone has stolen an ancient and powerful device from them, a device that the Government might use as a weapon against Telmaja. Smijj and his friends must find the thief and stop him from handing the device over to Xentrova before it's too late—but the thief has a frightening secret of his own that could put Smijj and all of his friends in danger.
Read more