You've subscribed to Eris Series! We will preorder your items within 24 hours of when they become available. When new books are released, we'll charge your default payment method for the lowest price available during the pre-order period.
Update your device or payment method, cancel individual pre-orders or your subscription at
Your Memberships & Subscriptions
There was an error. We were unable to process your subscription due to an error. Please refresh and try again. 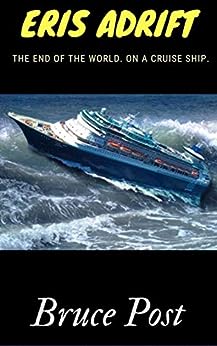 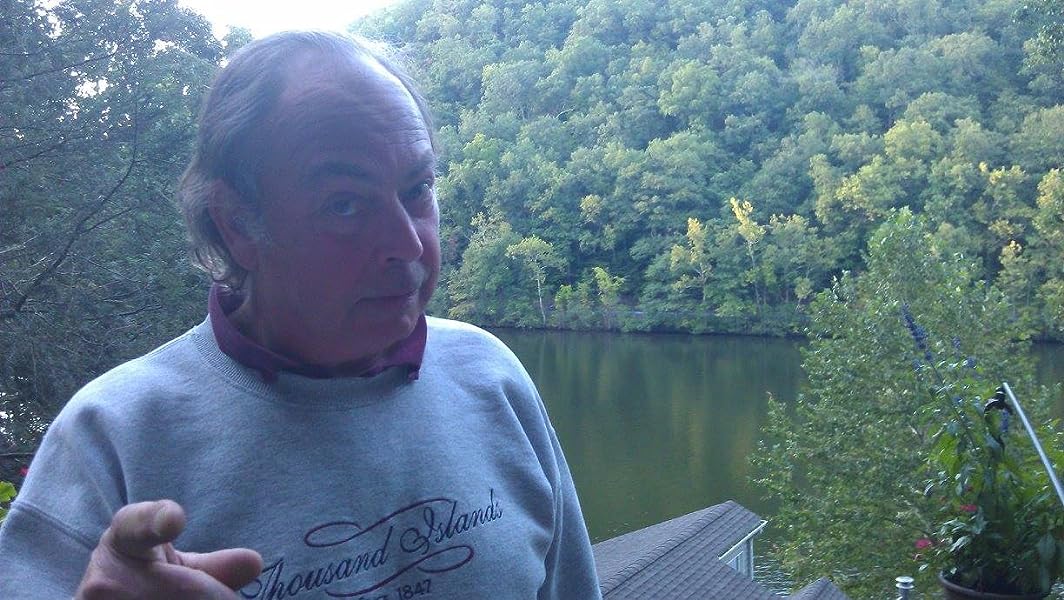 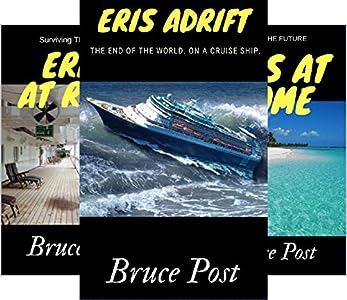 Bruce Post is an award-winningplaywright, published novelist and teacher of theatre. His plays have been produced in New York, LosAngeles, Kansas City, Washington D.C., Connecticut, and Martha'sVineyard. He is published by Broadway Play Publishers, Smith and Kraus and theDramatic Publishing Company. He is the recipient of the 2012 Playwrights FirstAward and the 2003 John Gassner Award. His novel, Fleeing Steady Habits, was published July, 2016, by Black Rosewriting and is available at Amazon and Barnes and Noble. He is currentlycompleting a trilogy of novels about experiencing the end of civilization whileon board a cruise ship. The first part, ErisAdrift, is available on KDP. Bruce teaches HS Drama at the Waterbury ArtsMagnet School. Currently, Bruce continues to write and teach in Connecticut.

Wendy Manciagli
5.0 out of 5 stars Excellent read. Well written
Reviewed in the United States on June 10, 2018
Verified Purchase
Excellent read. Well written. Having been on cruises I could envision to what was happening. Story line plausible. Characters are interesting and well described. One can empathize with each character from the captain down to the bartender. Locations and settings are visible through the eyes of the characters. Each chapter lead you to read the next. Finished in under 4 hours. Awaiting next book to see how the next chapter plays out.
Read more
One person found this helpful
Helpful
Report abuse

rwrand
5.0 out of 5 stars Great read!
Reviewed in the United States on December 24, 2018
Verified Purchase
After starting Eris Adrift, I could not put the book down. Bruce Post's strength as a playwright is evident, with terse copy that provides plenty of twists, bang-on realism and plenty of room. I was on the last page before I knew it and wanted to keep going. Looking forward to Eris At Rest and hoping the series continues!
Read more
Helpful
Report abuse

A. Langstaff
5.0 out of 5 stars Let the Adventure Continue.
Reviewed in the United States on June 1, 2018
Verified Purchase
After reading 1/2 I put this down for a few hours of sleep. Incorporated the story into my dreams. That’s a great sign! I’m looking forward to more.
Read more
One person found this helpful
Helpful
Report abuse

smurphymn
4.0 out of 5 stars Great Summer Beach Read
Reviewed in the United States on June 26, 2018
Verified Purchase
Fast paced with a unique and intriguing plot line. A little something for everyone: disaster, intrigue, zombies, violence,sex, drama and canary on the state of the world. As a bonus you have interesting characters with a strong female lead.
Read more
One person found this helpful
Helpful
Report abuse

Mykol
3.0 out of 5 stars Fun but shallow and simplistic.
Reviewed in the United States on July 30, 2018
Fun but shallow. Too little world building. Simplistic. If the author put some more time into it, built it up, filled it out, edited... it could be so much better.
-Some amusing errors:
"Marshall Law" for martial law.
Mixing of present and past tense in adjacent sentences, plus a weird way of quoting--new sentences for the "said whoevers." "'I take it you’re part of the crew.' Says Sandy. 'I am.' Said Ben."
"Here, here" for "Hear, hear."
- Bad Spanish-, e.g., using the same word for the singular and plural forms. (Psicotico is singular only.)
-Hard to tell who's talking, often.
Read more
One person found this helpful
Helpful
Report abuse

robert loglisci
5.0 out of 5 stars Loved the book
Reviewed in the United States on June 26, 2018
Loved the book!
Could not wait to finish the series.
Perfect timing with our current political climate!
The end is near!
Read more
One person found this helpful
Helpful
Report abuse
See all reviews

Kindle Customer
4.0 out of 5 stars Good idea, want to know more.
Reviewed in the United Kingdom on June 16, 2018
Verified Purchase
I wasn't sure about this story and some things irritated me, such as having to work out whose viewpoint was being used, so chapter titles would have been handy.

Saying that, it was an interesting concept and I found myself interested in what happened next....
Read more
Report abuse
See all reviews
Back to top
Get to Know Us
Make Money with Us
Amazon Payment Products
Let Us Help You
EnglishChoose a language for shopping. United StatesChoose a country/region for shopping.
© 1996-2021, Amazon.com, Inc. or its affiliates