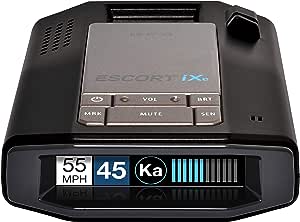 Buy this product as Renewed and save $18.00 off the current New price.

4.4 out of 5 stars
4.4 out of 5
919 global ratings
How are ratings calculated?
To calculate the overall star rating and percentage breakdown by star, we don’t use a simple average. Instead, our system considers things like how recent a review is and if the reviewer bought the item on Amazon. It also analyzes reviews to verify trustworthiness.

Khp
1.0 out of 5 stars Product exposes your personal information
Reviewed in the United States on March 22, 2018
Style: IXPattern Name: DetectorVerified Purchase
Please be aware that the use of this product as shown in the manual exposes your name, address, phone number, email address, your location, where you have been and how fast you have been going to whoever purchases that information. Bad enough as is, but this could even include your vehicle insurance company.
Read more
331 people found this helpful
Helpful
Report abuse

JimBob
5.0 out of 5 stars Warning---DO NOT buy the "Frequently Bought Together" windshield mount
Reviewed in the United States on November 25, 2017
Style: IXPattern Name: DetectorVerified Purchase
First of all, this is the second Escort iX that I've bought in the last month. It is wonderful, a lot better than my Valentine. Other reviewers have written excellent reviews on the features of this unit and I will let them give you their opinions (I agree with them!).
The reason for writing this is to warn you---DO NOT fall for the "Frequently Bought Together" bundle that they recommend, or at least DON'T buy the sticky windshield mount. The description of the radar detector is very poor and does not point out the fact that the detector COMES WITH the latest generation sticky mount, and it uses a marvelous magnetic mount that is so much easier to use that the old clip.
Further, when I received the mount (which claims it fits all Escorts except the Max series), I discovered that it is the OLD model, using the clip and not the magnetic mount. And as far as I can tell, it DOES NOT FIT THE iX MODEL!
I'm very disappointed with Amazon here. Ordinarily when they "bundle" something as "Frequently Bought Together" with an item, you can be assured that the two things are compatible. NOT HERE. Do NOT buy the windshield mount, and I hope Amazon does the right thing and removes this item as an implied accessory for this detector.
Read more
143 people found this helpful
Helpful
Report abuse

David Kelly
1.0 out of 5 stars IVT Filtering Dropped, product not as advertised
Reviewed in the United States on September 21, 2018
Style: IXPattern Name: DetectorVerified Purchase
Luckily, I realized this within the 30 day return window and am sending this back. Every single new Honda or Acura I drove past would set off a double K band false alarm. I tried to update the firmware, but it is up to date. I went to the Escort official website and they have removed IVT (aka BSM in some forums) from the list of product attributes. Very sneaky. Further research found an official response from Escort stating that the sensor in this device is analog and there will be no firmware updates to correct this annoying issue. I'm done with Escort for good.
Read more
94 people found this helpful
Helpful
Report abuse

Rando CalrissianTop Contributor: Science Fiction Books
4.0 out of 5 stars Works Like a Charm
Reviewed in the United States on April 27, 2018
Style: IXPattern Name: DetectorVerified Purchase
Been using this thing for well over a year now (wanted to wait before reviewing it since the amount of time you use it is a big factor — I'd ignore any reviews that don't stipulate being used for at least a few months). Here are the main highlights, in no particular order:

1. No tickets yet. *knock on wood* This thing has saved my butt at least once a month since purchasing it. I'm not a crazy-fast driver but I do like to go 10-12 over on rural highways when nobody's around, and there are a fair number of police patrolling even these areas.

2. No physical issues, no need to return it for service as stated in reviews of this and similar models. I think this happens when there are firmware updates earlier in the product's life cycle. So stuff ends up on store shelves somewhere for a year or more (and in not a fully working state), people buy it and then have a worse experience than someone who bought a model that just came off the line a month ago (i.e. has newer firmware / the bugs worked out of it.)

3. You can set the mode to match the radar settings mostly commonly used in your area, and if there are a lot of false "K-band" alarms in your area you can set to "LowK" which will not omit the strength of police radars but will ignore weaker signals in that band from banks and other sources. Mute button on charger base easy to use without taking eyes off road, once you know where to reach (i.e. after the first couple uses). Have to use this a couple times a trip as the memory doesn't always work (see below).

4. The range is fantastic regardless of mode. There are spots where the police cruiser is a mile or more away, and with hills between us (or a bend in the road) — no line of sight — and the alarm sounds well in advance of the cruiser having line of sight. It's like clockwork on rural highways. Get an alarm, watch it for 3-5 seconds to see if signal slowly increases, if it does slow down, wait for cruiser to pass. 15-20 seconds later there's the police, either driving by or parked off the road.

The only major flaw is that the "mute memory" which you use to skip areas where you know the alarm will always be tripped, does not work well. It ties into GPS somehow, but I've noticed the couple times I've saved locations during an alarm (both while driving and while stopped at a light), tend to "drift" over time. Like two weeks later the mute location will kick in a 500-1000 feet early, then go off as you actually pass the spot where you intended it to mute. It's annoying but I've learned to live with it with liberal use of the Mute button in this one spot. Small price to pay for not getting a ticket.

Around here the choices are get stuck behind Buick-driving grandpas or farmer Bob, all of whom think the speed limit is just a little too fast and regularly drive 40 in 50 zones, and be late to work or other venues... speed without this device and once a year get saddled with a $120 ticket that stays on your record for 3 years (regardless of whether you're 8 over or 18 over)... or get this, drive a reasonable speed and get no tickets. Easy choice, with all due respect to Buick owners and old farmers everywhere.

Bob
2.0 out of 5 stars not overly impressed
Reviewed in Canada on October 6, 2020
Style: IXCPattern Name: DetectorVerified Purchase
it incessantly warns me to slow down..even sometimes I am below speed limit. I have it set to alarm at 10mph over
Read more
Report abuse
See all reviews

Page 1 of 1 Start overPage 1 of 1
Previous page
Next page
Pages with related products. See and discover other items: Best fuzz busters for car, Best laser jammers for cars, Explore police radars for cars, Explore gps jammer signal jammers for car, Explore radar jammers systems for cars
Back to top
Get to Know Us
Make Money with Us
Amazon Payment Products
Let Us Help You
EnglishChoose a language for shopping. United StatesChoose a country/region for shopping.
© 1996-2021, Amazon.com, Inc. or its affiliates