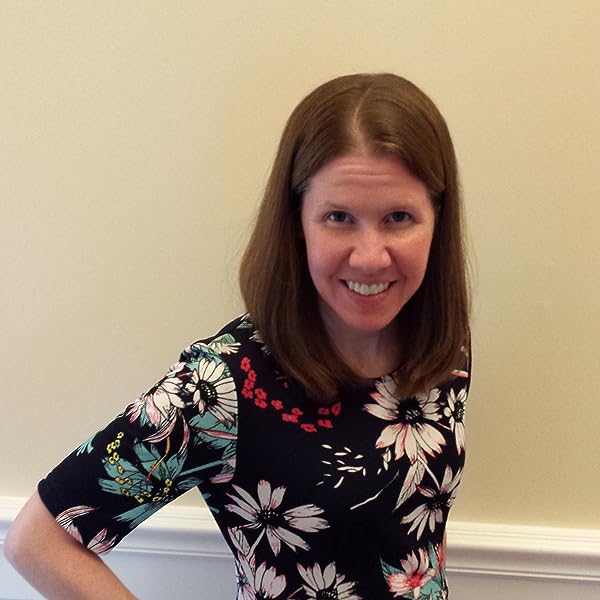 C.J. Miller lives in Maryland with her husband and their three children. She can often be found with a book in her hand or writing one at her computer. Join C.J.'s mailing list on her website at cj-miller.com for news about upcoming books.

Start reading Escorted by the Ranger on your Kindle in under a minute.

A. Richard
4.0 out of 5 stars Unexpected danger and emotional moments
Reviewed in the United States on June 1, 2017
C.J. Miller packs her latest romantic suspense story with numerous dilemmas, as a well-known model fears for her life while the bodyguard protecting her must find the culprit plus battle his attraction to her. Uncertainties and mounting desire make life rather stressful for these two individuals, and the couple often must make a decision in a split second or a threat could become deadly. I never knew when something perilous would place the heroine in harm’s way, but it was easy to comprehend that the hero would do his best to keep her alive and well. I really enjoy when a story keeps me guessing all throughout the book, and if any revelations take me by surprise, then I am even more thrilled. ESCORTED BY THE RANGER intrigues with a wide range of unknowns.

Being a model for fifteen years has been very gratifying for Marissa Walker, and she has earned the respect of those with whom she works. But during her most recent runway show, another model is killed by an unidentified person. Unfortunately, the two women share a painful past history, and this fact has the police asking lots of questions before Marissa can be cleared as a suspect.

Since the reason for her friend being murdered is not known, a man associated with her sister will watch over Marissa until the facts are uncovered, just in case she is also in danger. Jack Larson actually works for the West Company, a secretive spy organization, and his skills as a former special forces solider might come in handy. When Marissa is threatened shortly thereafter, her new protector does not hesitate in keeping her safe. Neither is looking to be in a new relationship, but spending time together has Jack understanding the woman under his care is much more than a supermodel.

The fashionable world of modeling is portrayed with much believability, as a day of shooting takes place or a party afterward is held. But there can also be a darker side when jealousy is evident and hurtful words are spoken. I could just see someone speaking as a few did to Marissa, making me realize having a career where a person is famous is not always pleasant. Though the supermodel could have become snobby and disdainful, she tried to be polite to anyone with whom she came in contact, regardless of their interaction.

ESCORTED BY THE RANGER has heartfelt emotions along with unanticipated jeopardy. Danger may have brought Marissa and Jack together, but it was genuine feelings that made their relationship develop into more than just professional. Both have bad experiences in their past when it comes to the opposite sex, and how they react to each other is often with misgivings because of doubts that they just cannot ignore. Jack knows he should pay no attention to how much he desires Marissa, but being with her every hour of the day is more temptation than he can resist. Responses are honest, and I enjoyed watching them explore what was between them. With the possibility of a threat arising constantly being on their minds, these two have much to ponder at all times. Another compelling story from C.J. Miller.

Kindle Customer
5.0 out of 5 stars Escorted by the ranger.
Reviewed in the United Kingdom on July 24, 2017
Verified Purchase
I enjoyed reading yet another good book from this author C. J. Miller. I got so engrossed in it that I had to finish reading it. I would recommend it to anyone who likes all types of story's from this author.
Read more
Report abuse
See all reviews