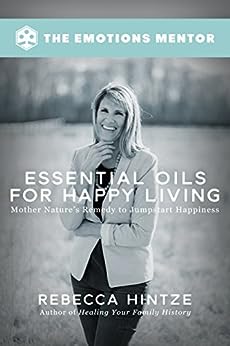 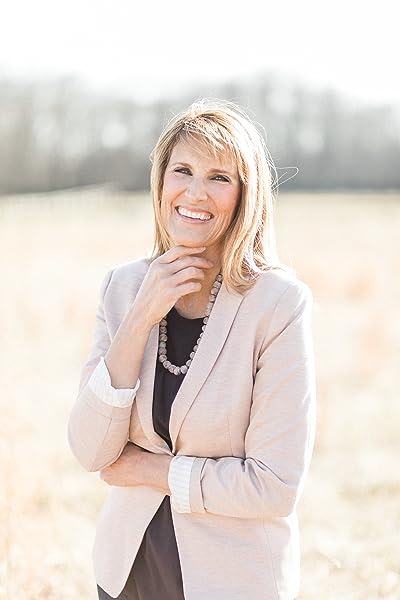 by Rebecca Linder Hintze (Author) Format: Kindle Edition
See all formats and editions
Sorry, there was a problem loading this page. Try again.
Do you want to be happier? Start by getting healthier using the remarkable gifts that Mother Nature gave us in the plants that grow all around us. Healthy living is happy living.

Body, mind, and spirit are indivisible, so you can optimize your well-being and create the better life you desire—better relationships included—by adding essential oils to your daily regimen. Along with a sensible program of sound nutrition, hydration, sleep, exercise, and regular wellness visits to your health-care provider, therapeutic-grade essential oils are key.
In Essential Oils for Happy Living, Rebecca Linder Hintze will empower you with her guidance on applying timeless principles of fulfillment to jumpstart your happiness. You will find her insights on adjusting your perceptions and applying the power of intention to your healing process inspiring and motivational, and her suggestions for harnessing the natural chemistry of essential oils for emotional wellness transformative.
Read more
Previous page
Next page

Rebecca Linder Hintze, M.Sc., is a family issues expert, former broadcast journalist, and bestselling author of Healing Your Family History (Hay House, 2006), which has been translated into eight languages, and Essentially Happy (Visium Books, 2014). She holds a bachelor's degree from Brigham Young University and a master of science degree from University of East London, School of Psychology. A mother of four grown children, she currently resides in Northern Virginia with her husband, Shane. --This text refers to the paperback edition.

Renee Alter
5.0 out of 5 stars Awesome book!
Reviewed in the United States 🇺🇸 on July 31, 2017
Verified Purchase
I am a doTerra Wellness Advocate and love all the wonderful benefits of essential oils in helping with mood management. Rebecca is highly knowledgeable and explains the brain, body, and emotions. Then she tells you how each of the oils can shift it all and create new neuropathways in the brain. Can't wait to read her other books!
Read more
2 people found this helpful
Helpful
Report abuse

Lauren Simpson
5.0 out of 5 stars Best books for managing emotions through oils and self affirmations
Reviewed in the United States 🇺🇸 on February 8, 2019
This book us amazing it helped me with my ptsd through therapy, oils, and positive thinking. I felt as if when i was reading it she was speaking right to me! I cant wait to read more this was my second and i loved it just as much as the first perfect for the oil lover and for mental health and holistic health! Review by : Lauren Simpson💛🙌💝
Read more
Helpful
Report abuse

Lee Childs
5.0 out of 5 stars Who doesn't want happy living?
Reviewed in the United States 🇺🇸 on August 30, 2017
Rebecca is a wonderful teacher of both essential oil use and mental health! I've learned so much from her personally. Her Emotions Mentor program has been truly life-changing. If you, or anyone in your family, deals with big, tough emotions (and who doesn't, really?), then this book can help you. Living a happy life is a choice - a day to day choice. Learn how to make this choice and it gets easier with each day.
Read more
One person found this helpful
Helpful
Report abuse

Heba El-Hakim
5.0 out of 5 stars Forward-thinking book about the intricacies of being and staying happy in this life!
Reviewed in the United States 🇺🇸 on May 19, 2017
Having read Rebecca's books before about Healing the Family History and Essentially Happy and Living Healthy and Happily Ever After, this one doesn't fall short from the high expectations that Rebecca has set. Rebecca's insights about emotional intelligence and happiness need to be read and heard by everyone on this planet. She helps us understand the intricacies of being and staying happy and living a fulfilled life. I simply adore this book and will recommend it to everyone I know!
Read more
2 people found this helpful
Helpful
Report abuse