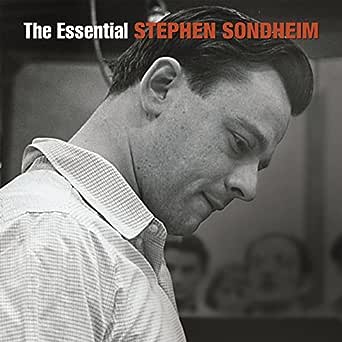 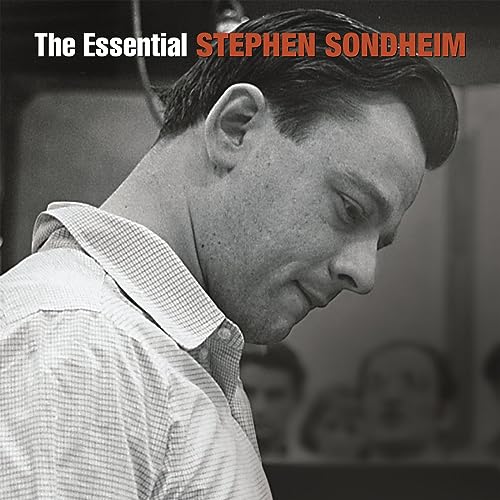 Various artists
4.7 out of 5 stars 33 ratings
See all 5 formats and editions Hide other formats and editions
Buy the CD album for $13.98 and get the MP3 version for FREE.&nbspCD album ships from and sold by Amazon.com. Terms and Conditions. Does not apply to gift orders. Complete your purchase of the CD album to save the MP3 version to your Music Library.

DEWEY M.
5.0 out of 5 stars SONDHEIM: THE MASTER OF MODERN MUSICAL THEATRE
Reviewed in the United States on March 23, 2016
Verified Purchase
Throughout his career, composer Stephen Sondheim has consistently changed the form and content of musical theatre. As his frequent collaborator Hal Prince observed, "We didn't take the audience where they wanted to go. We took the audience where we wanted to go." This 2 CD, 30 tracks retrospective allows you to hear exactly where Sondheim took the musical theatre-- and we also learn how he did it. Even if you own other Sondheim retrospectives, like the four disc "Sondheim: The Story So Far", or "Side By Side By Sondheim", you'll want to own this one. For the uninitiated, this is an excellent Sondheim starter. For Sondheim worshipers like myself-- well, can there ever be enough Sondheim? With Sondheim's music and shows, there is so much more depth ; always so much more to learn.
Sondheim's earliest success, "West Side Story", featuring death and rape via gang wars, pushed the envelope. His masterpiece of murderous mayhem "Sweeney Todd" ripped the envelope wide open. "Assassins", offering a disturbing history lesson about the dark side of the American dream not found in any school textbook, threw all "the rules" away.
From "West Side Story" to "Sweeney Todd" to "Assassins", it's all here and much more. You'll hear Ethel Merman, as Mama Rose (the "stage mother from Hell") in "Gypsy" rip through "Everything's Coming Up Roses". You'll feel the urban angst as the characters in "Company" struggle with making personal connections in our increasingly depersonalized society. The selections from "Company" include Elaine Stritch's iconic, astringent performance of "Ladies Who Lunch", and Dean Jones' heartbreaking original performance of "Being Alive".
And it is a revelation to hear once again, Glynis John's rueful and delicate original recording of "Send In The Clowns" from "A Little Night Music", Sondheim's romantic musical for adults.
Also included are gems from shows like "Anyone Can Whistle", "Pacific Overtures", and "Merrily We Roll Along"; shows that, for various reasons, are artistically rewarding but were not critical or commercial successes; as well as songs from Sondheim's forays into TV ("Evening Primrose") and film ("Dick Tracy").
Critical and commercial success has never been what Sondheim is going for. Sondheim does NOT write "escapist musicals." If "escapist Broadway" is your bag, go to Jerry Herman's "Hello Dolly!" or "Mame." Sondheim's only "musical comedy" is "A Funny Thing Happened On The Way To The Forum." I suppose "Into The Woods" could be considered more "accessible to general audiences." But even in "The Woods", fairy tale characters struggle with dark issues and difficult lessons to learn. Sondheim's musicals show us, and make us feel, the angst, the confusions, the mixed up complexities, and, YES, the rewards in truly Being Alive. This CD set provides ample proof that Sondheim is a Genius; Yes, he is A GOD of musical theatre.

andyoctober
4.0 out of 5 stars Very Good Not Perfect
Reviewed in the United States on July 7, 2017
Verified Purchase
This is a good collection of Sondheim songs, and easily one of the best out there. It has something from everything up to Passion. Good choices of songs - but not always great choices as to which rendition to use. The Aretha song is interesting - but it certainly isn't essential.
Read more
3 people found this helpful
Helpful
Comment Report abuse

Kenzo Toga
5.0 out of 5 stars A lovely night with Sondheim!
Reviewed in the United States on November 12, 2017
Verified Purchase
Hiw nice to have a compendium of Sondheim at my fingertips! I like the choices made among all of his works, though there are always other songs one might want to hear. But since choices had to be made- this are good ones. And they feature the singers who are best known for their roles, singing these songs. Happy listening!
Read more
One person found this helpful
Helpful
Comment Report abuse

Amazon Customer
5.0 out of 5 stars All my favorites
Reviewed in the United States on July 19, 2019
Verified Purchase
It's hard to get all of Stephen Sondheim's work into one collection. This cd pretty much does it. I really enjoy this cd.
Read more
Helpful
Comment Report abuse

Roy G. Bauer
5.0 out of 5 stars A great compilation of Sondheim Classics
Reviewed in the United States on June 27, 2016
Verified Purchase
This is a great compilation of many Sondheim classics spanning the years. Very enjoyable.
Read more
One person found this helpful
Helpful
Comment Report abuse

Lynette Wagner
5.0 out of 5 stars Love it
Reviewed in the United States on October 3, 2016
Verified Purchase
I ordered this CD because I really enjoy the music. There is no way I was going to be disappointed.
Read more
Helpful
Comment Report abuse
See all reviews

Mr. Stuart Booth
5.0 out of 5 stars BRAVO !!!
Reviewed in the United Kingdom on March 26, 2018
Verified Purchase
Excellent in every respect both technically and artistically. Bravo!
Read more
Report abuse

William Ian Walker
5.0 out of 5 stars Passionately love, "Essential Stephen Sondheim" a double CD of his great theatre works!
Reviewed in Canada on July 23, 2016
Verified Purchase
Being a huge "Sondheim" fan and I couldn't wait until this double CD came out with all of my favourite Sondheim cuts and artists...such as Elaine Strich, Angela Lansbury, Dean Jones and Jason Alexander all featured in this collection of the "magic music and lyrics of Stephen Sondheim." If you want a good representation of Sondheim's musical catalog, then you'll want to purchase this double CDs for your collection. I well recommend it!
Read more
One person found this helpful
Report abuse