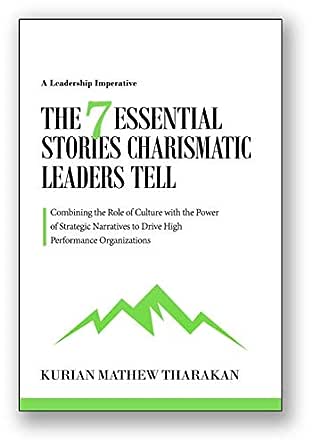 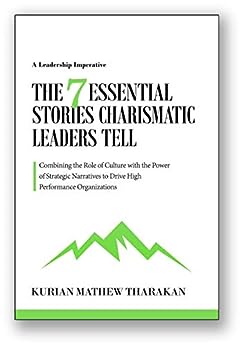 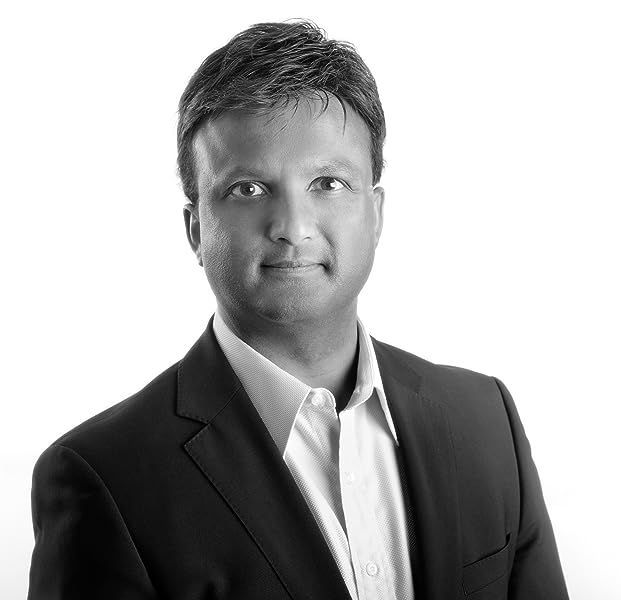 Kurian Mathew Tharakan is the founder of StrategyPeak Sales & Marketing Advisors, a strategic marketing consultancy, which has worked with hundreds of companies on their strategy to enter and scale in new markets. A guest lecturer and keynote speaker, Mr. Tharakan also brings over 30 years of experience to the classroom, stage, and as an author on the influence of culture and social psychology to drive organizational performance.

Onwugamba Christopher
2.0 out of 5 stars Fair and Fine
Reviewed in the United States on February 20, 2020
Verified Purchase
I feel the book title is misleading. It didn't deliver on it's promise. The author dabbled into many story lines and it is difficult to see where he is coming from and where he is going.
Read more
Helpful
Comment Report abuse

Charles Meredith
5.0 out of 5 stars Thought Provoking in So Many Ways
Reviewed in the United States on June 15, 2020
The 7 Essential Stories Charismatic Leaders Tell weaves leadership concepts and stories taken throughout the history of man and overlays them over an organizations culture and actions. I thought this book was thought provoking and pushed me to think beyond my usual paradigms.

I thought the book was very well researched, and I really enjoy Kurian's style which is essentially taking a concept and then telling several interesting historical stories to illustrate the point. I thought that the stories alone where fascinating, and leaders can take away so many lessons from the stories alone for their organizations. Its an easy read with all sorts of useful and pertinent snippets throughout that makes one think and ponder. Well worth ones time.
Read more
Helpful
Comment Report abuse
See all reviews

h@run
5.0 out of 5 stars Well researched and structured Book
Reviewed in the United Kingdom on February 20, 2020
Verified Purchase
I like the author's methodology writing a compelling book.

He divided his book into two areas and six / seven chapters which allow readers to read quickly, digest information with related examples and understand how to put these ideas in the real world.

The author did not go an easy route to copy and paste known information to the audience. It is evident that he spends a lot of time and effort to structure his story. He analyses the information, finds related and compelling stories to back up his subject and provide a detailed summary to get audiences attention.

I would highly suggest this book and the author to all book lovers who value hard work and intelligent book writing; well done!
Read more
Report abuse

Simon
5.0 out of 5 stars Game changer
Reviewed in Canada on May 2, 2020
Verified Purchase
Every now and then you find a business book that takes a new approach. It's safe to say I've read most of them (business books, that is) - from Harnish to Michalowicz, Klaff to Wickman, but this one takes those books, seats them at the kid's table with a bowl of jellied salad and lets them squabble amongst themselves while the adults converse at a slower pace and reflect on older values. This book invokes ancient wisdom and is patient with those of us that may not have the prerequisite knowledge.

Tharakan's voice is like an uncle or a grandfather that would probably destroy me at Jeopardy.

This book brings it back to how human beings thought and behaved before our contemporary systems of government or economics even existed. It delves into the 'why' we behave the way we do and gives insight into how we, as people in business, can not only maximize our profits but do so in a way that preserves the integrity of our culture and community.

If you've read 'em all as I have, sweet Mary and Joseph, give this one a peruse. I promise it will help to simplify the journey through this ridiculously complex life of business. Or maybe even... Simplify this business of life.

Brian M
5.0 out of 5 stars Influence your future with stories from the past
Reviewed in Canada on July 27, 2020
Verified Purchase
A thought-provoking read for leaders at all levels. The stories are well researched and highlight how many of the challenges we face in business have been around for generations. The stories give a fresh perspective on age-old problems and written with a touch of levity, making for an interesting and easy read.

Wrapping up each section is a brief summary that challenges you to consider the current state of your own organization’s culture. Often the culture we operate within grows organically around us. If this culture is not congruent with your vision for your team or your organization this book can help you take the necessary steps to begin to align the two. It will challenge you to construct your own strategic narrative by leveraging the valuable lessons to be learned from our past.
Read more
Report abuse

Neall
5.0 out of 5 stars A Masterful Storytelling Experience for Entrepreneurs
Reviewed in Canada on February 19, 2020
Verified Purchase
I didn't know what to expect when I began reading this book, but the way Kurian immediately immerses the reader into applicable historical references we can relate to in modern business was very helpful. I not only brushed up on several history lessons, but also was impressed with the way Kurian brings forth these lessons from our past and weaves them into key components of modern organizational culture relating to business success. I highly recommend this book for anyone looking to transform your internal culture, or simply build an organization that will last. Let alone, it was an easy and enjoyable read!
Read more
Report abuse
See all reviews