Fulfillment by Amazon (FBA) is a service we offer sellers that lets them store their products in Amazon's fulfillment centers, and we directly pack, ship, and provide customer service for these products. Something we hope you'll especially enjoy: FBA items qualify for FREE Shipping and .

If you're a seller, Fulfillment by Amazon can help you grow your business. Learn more about the program. 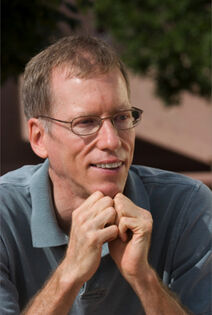 Essentials of Meteorology: An Invitation to the Atmosphere 8th Edition

by C. Donald Ahrens (Author), Robert Henson (Author)
4.4 out of 5 stars 243 ratings
See all formats and editions
Sorry, there was a problem loading this page. Try again.
ESSENTIALS OF METEOROLOGY, 8th Edition, is written for students interested in gaining insights into the dynamic workings of the atmosphere. The authors' ability to explain relatively complicated ideas in an easy-to-understand way lets both science and nonscience majors visualize the principles of meteorology. Online animations help you to immediately apply the text material and understand the underlying meteorological principles, and appendices allow you to explore meteorological data such as world temperature extremes and precipitation extremes over a 30-year period.
Read more
Previous page
Next page

Be Unstoppable with MindTap

Access Unlimited Learning with Essentials of Meteorology: An Invitation to the Atmosphere

Don Ahrens is professor emeritus at Modesto Junior College in Modesto, California. He has influenced countless professionals in the field of atmospheric science, as well as hundreds of thousands of students who use his books to better understand weather and climate. In 2007, the National Weather Association awarded him a lifetime achievement award for these accomplishments. The bestselling author of two Cengage texts, Professor Ahrens received the Textbook and Academic Authors Association's McGuffey Longevity Award for the Ninth Edition of his market-leading METEOROLOGY TODAY.

Robert Henson is among the nation�s most widely read writers on weather and climate. He is a regular contributor to the Yale Climate Connections website and a contributing editor at the Texas Climate News website and Weatherwise magazine. Prior to his freelance career, Henson was a staff writer and editor at Weather Underground and at the University Corporation for Atmospheric Research, which manages the National Center for Atmospheric Research. An expert on tornadoes, thunderstorms and hurricanes, Henson has also analyzed how TV weathercasters cover major storms and report on climate change. His books include THE THINKING PERSON'S GUIDE TO CLIMATE CHANGE, whose original edition was shortlisted for the UK Royal Society Prize for Science Books.

Amazon Customer
2.0 out of 5 stars Not new condition
Reviewed in the United States on August 2, 2021
I bought this books NEW for my daughters upcoming class in college. It doesn’t appear to be a new book by the condition it is in.
Images in this review

Heather Murphy
5.0 out of 5 stars Great and easy rental
Reviewed in the United States 🇺🇸 on August 27, 2022
Verified Purchase
The rental process is great! The book was in fair condition, but it's a rental. Completed my course in Meteorology and had plenty of time to return after the course ended. Easy and painless.
Read more
Helpful
Report abuse

nicholas gloyne
5.0 out of 5 stars Great book for starters wanting to learn weather
Reviewed in the United States 🇺🇸 on March 16, 2022
Verified Purchase
this book was a solid companion to my Atmos 101 class l. I highly recommend
Read more
One person found this helpful
Helpful
Report abuse

mady
5.0 out of 5 stars good ol rental
Reviewed in the United States 🇺🇸 on March 28, 2021
Verified Purchase
twas just as i expected a rental book to be. glad i could get it cheaper than buying
Read more
Helpful
Report abuse

TRA
5.0 out of 5 stars The book was so great that I ended up hating the class in general.
Reviewed in the United States 🇺🇸 on March 13, 2020
Verified Purchase
Oh the book came in new condition and the content taught exactly what my professor is teaching, but it made me hate the class overall a great textbook but I hate the class.
Read more
2 people found this helpful
Helpful
Report abuse

Brandon Epperson
4.0 out of 5 stars Good textbook
Reviewed in the United States 🇺🇸 on August 5, 2018
Verified Purchase
This book goes into good detail on Meteorology, but doesn't discuss the technical side behind it enough. Good descriptions of the processes and what is going on.
Read more
Helpful
Report abuse

Nora
2.0 out of 5 stars Not new condition
Reviewed in the United States 🇺🇸 on August 2, 2021
Verified Purchase
I bought this books NEW for my daughters upcoming class in college. It doesn’t appear to be a new book by the condition it is in.
Read more

2.0 out of 5 stars Not new condition
By Nora on August 2, 2021
I bought this books NEW for my daughters upcoming class in college. It doesn’t appear to be a new book by the condition it is in.
Images in this review

Jovie
3.0 out of 5 stars Not available on kindle cloud reader.
Reviewed in the United States 🇺🇸 on January 7, 2019
Verified Purchase
Purchased the book for a meteorology course. It was a drawback that it wasn’t available on kindle cloud reader. This made it difficult to access the book from diverse locations. When I had issues with my computer this posed a problem.
Read more
Helpful
Report abuse
See all reviews