Add to Cart
$15.40
+ Free Shipping
Sold by: Book Depository US
Have one to sell?
Sell on Amazon 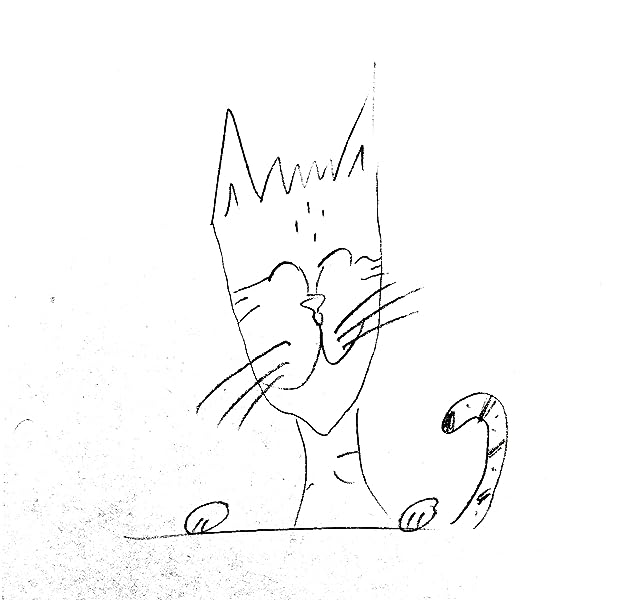 "The Estranged are more interesting than zombies and cooler than vampires." -- Beth Hercules of bzhercules.com "Alex Fedyr's debut novel, Estranged, is a resilient and unexpected genre-bender of a book." --B.R. Sanders
Start reading on your Kindle in under a minute.

3.9 out of 5 stars
3.9 out of 5
17 customer ratings
How does Amazon calculate star ratings?
Amazon calculates a product’s star ratings based on a machine learned model instead of a raw data average. The model takes into account factors including the age of a rating, whether the ratings are from verified purchasers, and factors that establish reviewer trustworthiness.
Top Reviews

Amazon Customer
4.0 out of 5 stars I found Kalei really easy to relate to and empathise with
Reviewed in the United States on February 14, 2016
(I received a free copy of this book in exchange for a review).

I thought this book was a really interesting idea. While I've seen a lot of zombies in popular culture, I thought that the Estranged were a unique take on the zombie theme. And it was especially interesting that it took the form of an addiction... but I didn't really see much evidence of Kalei's reluctance about physical contact.

I did feel that the start of the book was really strong. I found Kalei really easy to relate to and empathise with... and her memories of what had happened to her family made her attempted crusade against the Estranged believable.

I would have liked to see a bit more of Kalei's relationships with the other characters before she was infected. There were only a couple of short snippets of her life before and those made it harder for me to connect emotionally with some of the minor characters.

I liked a lot of the Estranged characters Kalei met, in particular Terin and Shenaia. Both of them were really intriguing characters and there was a lot of mystery surrounding them. I wasn't actually sure any of them could be classed as 'good' characters, but I felt that the struggle they experienced with the darkness was detailed especially well.

I did feel that there was a lot that was glossed over. For instance, a lot of Kalei's interactions with people weren't mentioned until right before the character showed up at an important moment. And for all that Kalei was a police officer... I felt that she didn't really put things together very well. Or make connections I felt she should have done.

Although I was left with more questions by the end of the book (and would have liked to know more of the history of the Estranged), I am curious enough to want to read the next book in the series, since this did end on something of a cliffhanger.
Read more
2 people found this helpful
Helpful
Comment Report abuse

JoanneG
3.0 out of 5 stars Kind of Interesting, Kind of Slow
Reviewed in the United States on December 26, 2017
The book is somewhat difficult to characterize. It's described by some as a zombie book, but I think it's actually an "opposite zombie" book. I suppose I should explain.

A virus (or something) came to this city on this planet seventeen years ago. If a person with the virus touches another person, the second person either dies or becomes Estranged. Why Estranged? Because the people that survive are sent to live behind walls to keep them separate from the rest of the population. In regular zombie books, the people not infected are the ones that stay behind walls for protection.

Kalei is the main character in the book. Her family was killed by the Estranged when she was young. She is now a police officer, but it doesn't seem like the police in this world have much to do. If an Estranged person somehow gets into the uninfected population, the police have to keep that person separated from everyone else until he/she is taken away by the Wardens, a seemingly elite police force. Kalei wants to join the Wardens, but her applications are always denied.

Kalel's family is attacked and she is transformed into an Estranged. She goes through a transformation and wakes up two years later behind the walls. She wants to see her family and whines about this a lot, but she can't see them because doing so would put them in danger. Kalel meets the other Estranged who have formed a community behind the walls. There she finds out the secrets of the Estranged and is exposed to a very different way of life.

The virus is described as a darkness within each person, and Kalei has to learn how to control the darkness to be able to function. How do people know if someone is Estranged? Their fingernails turn black or form patterns of blackness. The Estranged person is in control of the darkness when the patterns are formed.

Kalei goes through "darkness training" and turns out to be very gifted in doing so. She meets other Estranged who seem to have mastered it and some who don't even try. All the while she is being integrated into this society, so she really isn't Estranged any longer. She just has a new community of friends and teachers and family. She finds out that being Estranged gives her power she never imagined and also leaves her vulnerable to others whose darkness is stronger than hers.

The reason I said this was kind of an "opposite" zombie book is not only because the Estranged live behind the walls instead of the population. The Estranged have powers the uninfected do not and have very little to be fearful of, as opposed to the uninfected who have to constantly live in fear of being infected and are just ordinary people. Becoming Estranged can be a good thing, depending on how well the darkness is handled.

I liked the transposition of the zombie genre and how the virus is described, but I did have some issues with the book. The characters are not likable. Kalei herself is annoying and whiny and she is in just about every scene of the story. It gets old. There's another character that is described as laughing all the time, but that's all we know about him, although he is very powerful (did he create the virus?). He's annoying. The people Kalei trains with are annoying for a bunch of different reasons. They are bitter or angry or addicts, which is understandable, I suppose, because they have the darkness flowing through them constantly. It just gets tedious after a while.

That's because the story moves very slowly. Things seem to take an awfully long time to happen and there are things that happen that seemingly make no sense. Maybe they will be described better in the next book, but in this one, I was just left bored. There are things set up to be mysterious, but there is no payoff to the mystery.

The book isn't bad. There are some very good parts, but overall, it did not leave me excited or eager for the next book. Probably the best part of the book is how the Estranged are not really estranged at all, having formed new relationships behind the walls and may actually be better off than uninfected people. That's probably a good enough reason to read the book.

I was provided with a complimentary copy of this book, through Reading Deals, and I gave an honest review.
Read more
Helpful
Comment Report abuse
See all reviews from the United States