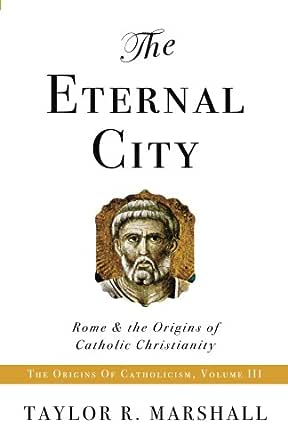 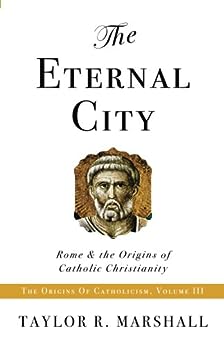 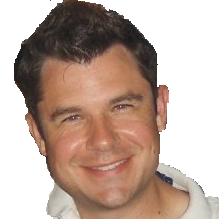 4.6 out of 5 stars
4.6 out of 5
125 global ratings
How are ratings calculated?
To calculate the overall star rating and percentage breakdown by star, we don’t use a simple average. Instead, our system considers things like how recent a review is and if the reviewer bought the item on Amazon. It also analyzes reviews to verify trustworthiness.

Michael-Knight
5.0 out of 5 stars FIVE STAR AND THUMBS UP FOR DR. MARSHALL!
Reviewed in the United States on September 12, 2016
Verified Purchase
I just finished reading this book and I found it very informative. It made me very proud being a ROMAN CATHOLIC. Dr. Marshall beautifully explained that the conversion of the Roman Empire is part of the Divine Plan to propagate the Gospel and the Kingdom of the Messiah on earth. He gave us a compelling explanation of the ancient prophecy of Daniel wherein the Four Great Empires of Ancient Times crumbled with the coming of the Messiah - Jesus the Lord. Then, the Birth of the Messiah occurred when the Roman Empire was at the height of its power. The Pax Romana became the must cruel anti-Christian empire in history but the Lord Jesus defeated that mighty empire through Peter the Fisherman and Paul of Tarsus armed only with faith and the Word of God. His explanation why the Church chose December 25 as the celebration of the Nativity of the Lord Jesus is also very compelling.

God bless you Dr. Marshall and welcome home to the Catholic Church.

Rick L
5.0 out of 5 stars explains why the Roman Catholic Church fulfills the prophecy in the book of Daniel
Reviewed in the United States on April 30, 2019
Verified Purchase
This book finishes the trilogy of the foundations of the Roman Catholic Church and faith, and explains why the Church is, of necessity, due to prophecy, Roman. Many individual insights in the book. Buy the entire trilogy.

For a Catholic to learn more about his/her faith, and for the potential conversion candidate, the same, to get the big picture of the Catholic faith. Marshall doesn't leave anything out.
Read more
7 people found this helpful
Helpful
Comment Report abuse

RousmaFamily
1.0 out of 5 stars This author is not a historian
Reviewed in the United States on February 28, 2019
Verified Purchase
If you are looking for a book about the history of the early Catholic Church in Rome, this is not it. Rome is barely mentioned until page 87 of a 200 page book. Portions are about how the 2nd-century BC Book of Daniel prophesized how Rome would be the center of the Church.
Read more
7 people found this helpful
Helpful
Comment Report abuse

Dan
5.0 out of 5 stars Great for Potential Converts
Reviewed in the United States on January 7, 2013
Verified Purchase
As previous reviewers have likely noted, this book is the final installment in a trilogy. After reading the second installment, The Catholic Perspective on Paul, I said to myself, "I'll be a Catholic by next Easter." Easter has not come yet, but I am enrolled in RCIA, strongly considering entering the Catholic Church. Like the previous volumes, The Eternal City has a lot to offer someone from a Protestant background "feeling" his way towards Catholicism.

The central question of the book is, "What does Rome have to do with salvation history?" Dr. Marshall answers well, with a presentation that includes both the big picture as well as details that add color. For example, did you know a good case can be made that the Catholic Church was prophesied in the book of Daniel? Dr. Marshall addresses this issue in chapter one. And did you know that there was a close, if often strained, relationship between the Jewish people and the Roman Empire, even before the time of Christ? Dr. Marshall lays out an eye-opening account of both the inter-testamental period and the time of the Gospels in chapters two through four.

The rest of the book explores Peter and the Papacy (chapters five through seven), the destruction of the Jerusalem temple (eight), the reign of the Emperor Constantine (nine), and the fall of the Roman Empire (ten). Highlights of the second half include an intriguing exposition of the book of Revelation and an interesting approach to explaining/critiquing the Eastern Orthodox schism based on Augustine's distinction between the City of God and the City of Man.

Chapter ten is a fitting conclusion. After arguing that God intended the Church to be founded and centered in Rome, Dr. Marshall admits that Rome is not our final home: Heaven is.

The book is an enjoyable read. The momentum grows as the story of salvation is told. Very, very rarely did I wonder if the argument might be forced (and those occasions could have been due to my own ignorance more than anything else.)

If you are interested in learning more about Church history from the Catholic perspective, consider The Eternal City, as well as Dr. Marshall's other books. But be warned: you might find yourself saying, "I'll be Catholic by next Easter."
Read more
38 people found this helpful
Helpful
Comment Report abuse

John M. Iacono
5.0 out of 5 stars Excellent reading.
Reviewed in the United States on July 8, 2020
Verified Purchase
The author gives good reasons why the Bishop of Rome is the head of the Roman Catholic Church. Why St. Peter and Paul went there and established the Church there. The scriptural reasons for their actions. No one has ever given the reasons why Rome is the center of Catholicism and will always be. The book is very informative and possesses excellent scholarship.
Read more
2 people found this helpful
Helpful
Comment Report abuse

Errol C. Beckford
4.0 out of 5 stars Eternal Indeed!
Reviewed in the United States on March 9, 2019
Verified Purchase
A very important treatise on a subject that evokes controversy! Nevertheless the author is to be commended for the quality of the research!
It merits the rating of 4 stars
Read more
5 people found this helpful
Helpful
Comment Report abuse

Plainjane
5.0 out of 5 stars ♥️
Reviewed in the United States on August 2, 2019
Verified Purchase
I read this first in the trilogy mostly to be able to answer the question about ‘why roman?’. Read most online- it was a fast read. Actually just gave my hard copy to a Catholic friend and her husband who asked for travel information. Yes my travel books in loan but this one a gift.
Read more
One person found this helpful
Helpful
Comment Report abuse

Michael Whelan
5.0 out of 5 stars Fascinating
Reviewed in the United Kingdom on February 6, 2014
Verified Purchase
Taylor Marshall 's book, The Eternal City: Rome & the Origins Of Catholic Christianity, is a fascinating look at the Origins of the Catholic Church in Rome. It describes the birth of the Christian faith from both old and new treatments backed up with writings from the church fathers. It deals with those who disagree that the Catholic Church was ordained by Jesus using the tools of scripture itself.
It is the third of a trilogy of books from Taylor Marshall and was the best one yet. Taylor Marshall 's way of writing is far from boring. He makes the books come alive and easily remembered.
I might just read them again.
Michael Whelan
Read more
6 people found this helpful
Report abuse

Paladin
5.0 out of 5 stars Enlightening
Reviewed in the United Kingdom on August 9, 2016
Verified Purchase
Puts the "Roman" in Roman Catholicism.
Read more
One person found this helpful
Report abuse

L.S. Predy
5.0 out of 5 stars Great Catholic Resource
Reviewed in Canada on April 5, 2019
Verified Purchase
You need this for your library.
Read more
Report abuse

Rocky Dcruz
5.0 out of 5 stars Really enjoyed very scholarly
Reviewed in India on January 16, 2017
Verified Purchase
It was mind boggling. This really proves who is the mother church, it is none other than the Catholic Church.The Holy Catholic and Apostolic Church.Thanks Talylor Marshall for such wonderful research and putting it in Simple words.God Bless u and your work
Read more
Report abuse