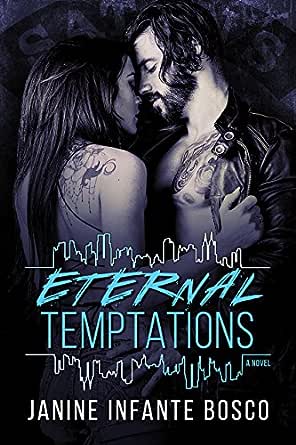 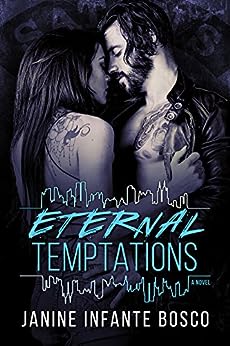 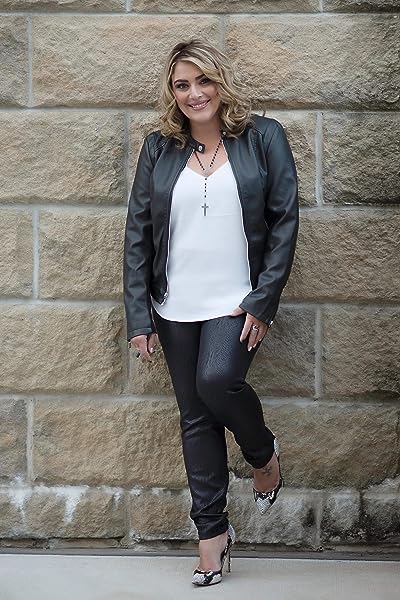 4.8 out of 5 stars
4.8 out of 5
45 global ratings
How are ratings calculated?
To calculate the overall star rating and percentage breakdown by star, we don’t use a simple average. Instead, our system considers things like how recent a review is and if the reviewer bought the item on Amazon. It also analyzes reviews to verify trustworthiness.
Top reviews

Jackie
5.0 out of 5 stars Tears of sorrow tears of joy tears because once I start I can't stop
Reviewed in the United States on August 24, 2016
Verified Purchase
Janine these characters you have written have become my family. You know I hated blackie lmao. I know he's a fan favorite I couldn't get with it. But I really love him now 😘. Anthony was always my favorite and continues to be. I am so happy you are going to keep all of these characters alive in your next adventure. I can't wait to hear more about Rocco and his sister!!!!!! I love you so much and I knew you were going to be a great writer. You truly kick ass at anything you put your mind too. I will now patiently or not so patiently wait for the next book you write to be published.
Read more
Helpful
Comment Report abuse

Guccigirl35
5.0 out of 5 stars 5 Stars
Reviewed in the United States on October 8, 2018
Verified Purchase
Eternal Temptations is oh so good. Of course the author leaves us with more questions and of course the story of Satan's is far from over. So take a ride with The Tempted Series!! Happy Reading!!!
Read more
Helpful
Comment Report abuse

Melyssa Winchester
5.0 out of 5 stars A story that will stay with me forever.
Reviewed in the United States on September 1, 2016
I was scared to read this. Normally with a Tempted book, I’m devouring it in hours, not days, but this one, knowing what it was in a grand finale kind of way, I was scared out of my mind to start. I didn't want it to end. I was afraid of what this author and the characters that are guiding her would do to my heart. My already fragile and on the edge heart because of the last few books in this series.

All of them if I’m being honest.

But read I did, and I’m here, living and breathing afterward, but with my heart in my hands, more than ready to hand it over to the author for the journey she took me on. Though I’m not quite sure if I want to hit her or hug her for it.

What separates this book from the others that came before it is that you’re reading things from not only the point of view of the matriarch and patriarch of this entire series, in Grace and Victor, but you’re also getting an up close and personal look at all of the couples that came before. Ones you’ve already fallen in love with, rooted for, or if you’re anything like me, cried for. It’s a full reading experience because no stone has been left unturned throughout. You’re in their heads and hearts every step of the way. Which for this reader, was an added bonus because after being drawn so deeply into this world with the others, it was good to continue on in much the same vein.

There were moments in this story, where I feel as though the author bled through. Her life, experiences she’s lived through, things that were said, thoughts that were internally spoken. I felt as though not only were these characters talking to me, but Janine was too. Especially as it pertained to Victor and Grace’s daughters Adrianna and Nikki and I’ll be damned if that didn’t hit me even harder emotionally than it already had just by the mere mention of Bones (don’t even get me started on that…bawling like a baby still). It connected me even more to the story and my hat is off to the author for that because I was already in deep.

I just happened to learn through this book, you can go deeper.

I was moved by this story, especially given the particular situation surrounding Victor. Here’s where the fear played a part again and I put the book down for a while, but where the author took great care in her handling of it once I emotionally prepared and picked it up again. From someone that has been diagnosed with something like Victor is, I’m always scared to read stories featuring it because it has me questioning my own mortality and often times, I have to pull myself out of the despair that the characters find themselves in. I didn’t have that issue here. What I did feel was a kinship with a mob boss. A connection with the family he would eventually leave behind and every single person he affected.

I cried for him. With him. I was moved so incredibly by the love that was shown, the forgiveness that was given and the strength that shined through it all, from everyone. More than I ever have been with any book that came before it.

What else can I say? I keep repeating the same things it seems, but this final ride, it was everything. A journey of hope, love, strength and change. A ride from darkness to light, beginning to end to beginning. A story ripe with realism, but based in this unbelievable and out of this world situation. It was a story about family just as much as it was a love story mixed with a fight to the finish against the greatest of enemies.

It was all of these things and so much more, and as I close the door on this final chapter (at least as it pertains to these particular characters), I carry it with me close to my heart. Knowing that even with all of the losses suffered, the hits everyone seemed to take, these people, these beautifully damaged and dented but not broken people, they’ll be okay. They’ll be loved, treasured, desired and adored. Their legacy to live on long after the final door closes.

After the final ride.

So, enough of my rambling. Go, snag up books one to five, fall in love with each of these couples, grab this one and really meet Victor and Grace, catch up with the old friends from the previous books I told you to devour and see what I mean. Let this book do what it did with me and let it make you believe in the power of love and of family, with light winning over the darkness.

It’s my hope that when you do, you’ll love it as much as I did.
Read more
Helpful
Comment Report abuse

Andrea C.
5.0 out of 5 stars #ForeverTemptedReader
Reviewed in the United States on August 29, 2016
Janine is one of my favorite writers, she writes I read, that simple. And I read this series, these characters and each have a space in my heart. "Eternal Temptations" has the essence of all her other books. Since Grace and Vic, through Anthony and Adriana and again becoming uncontrollable with Jack and Reina. She captures you, catch your senses and makes you feel the weight of her words, every ounce of what she wants to convey with her characters.

No other book will make you feel more connected to these characters. And that's something to admire a writer, the ability to expose the heart of the reader, to make them feel. Janine not only has that power but her talent goes beyond what we all envision. And if you're reading this Janine, we never deny us your talent, never stop writing, never lose the touch that makes us feel tempted with your books. #ForeverTemptedReader
Read more
One person found this helpful
Helpful
Comment Report abuse

Trish Bacher - NIH
5.0 out of 5 stars 5 Final Ride Stars
Reviewed in the United States on August 22, 2016
Where do I begin? Eternal Temptations totally blew me away. A book where every character comes together and their paths are revealed.
You don’t have to read the series to read Eternal Temptations. Janine Infante Bosco gives you a glimpse into the lives of every single character and how they got to where they are. It is truly fabulous.

Janine’s writing style is extraordinary. The way she adds emphasis behind every little line is something I adored. It strikes you right in the heart leaving you aching for more and totally connecting to each character.

The flow of the story, the characters and all their connections and how they all intertwine with one another is perfect. The story was flawless, the flow and pace was brilliant and the plot twists kept coming. It left me on the edge of my seat, biting my nails wanting to read faster and faster to find out what happens.

She truly brings these characters to life in this series.

This story has everything. It made me laugh, made me cry, it made me cringe and it made me bite my nails. It made me feel every emotion that these characters were going through. It’s gritty, raw, rough, sexy, emotional, and full of the unexpected.

Congratulations Ms Infante Bosco on an extraordinary ending to an awesome series. This is one that will stick with me for a long time.
Read more
Helpful
Comment Report abuse
See all reviews