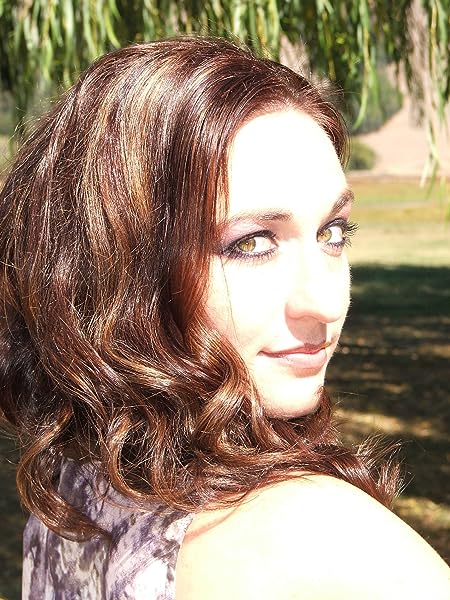 Blending her Transylvanian roots with her fascination and research of ancient mythology, new age philosophy, and a healthy dose of the supernatural, Andrea Kohalmi weaves a captivating tale through the Eternity series.

"I was craving an edge-of-your-seat paranormal romance that wasn't afraid to push the boundaries between protagonists and antagonists. All the while, the story needed to blur the lines between history, reality, and fiction. Not totally satisfied with other stories I came across, I decided to create my own. Using my recurring childhood nightmare as the basis, the world of Eternity was born." ~ Andrea Kohalmi
Forever a bookworm, Andrea relishes research of the spiritual, occult, and mythical in her spare time. When she's not writing, researching, working or 'playing' housekeeper-chauffeur-cook-maid to her children, she dabbles in photography and travel and practices energy healing--themes found throughout the Eternity series.
Tell the Publisher!
I'd like to read this book on Kindle

S. Kolber
5.0 out of 5 stars THIRSTING FOR MORE...
Reviewed in the United States on March 3, 2012
Verified Purchase
This is one of the most engrossing books I've read. Her writing vividly transports you to the places she describes in the book. I could not put it down and find myself thirsting for more. You will find yourself on an amazing ride as you read about Angel, Mark, Matt, Sam, Cynan, Morgan, CJ and the rest, all the while hoping you are in the midst of it all. If you are into vampires, werewolves, angels and above all, eternal love, this book will not disappoint. Pick one up. Your only disappointment will be that it ended and you want more, more, more!

Eternity: In the war between destiny & death, which will prevail? (Volume 1)
Read more
Helpful
Report abuse

Melanie Carr
5.0 out of 5 stars AWESOME!
Reviewed in the United States on February 26, 2012
Verified Purchase
I was sucked in since the first chapter, and I'm DYING to know if CJ is an angel. The book has so much in it, and is quick paced, which I love. MUST READ!
Read more
Helpful
Report abuse

Smith
5.0 out of 5 stars When is book two available?
Reviewed in the United States on June 12, 2012
Verified Purchase
I really enjoyed this book and can't wait to read more. The author paints a rich picture that draws you in on a journey which brings the characters of Angel, Sam and CJ to life. They become close friends that you empathize with and care about. Can't wait to spend more time with my new friends.
Read more
Helpful
Report abuse

Sarah Schadler
5.0 out of 5 stars Must Read!!
Reviewed in the United States on February 27, 2012
Verified Purchase
Great book! I got hooked from the very beginning. The storyline is very creative and easy to follow. I liked how the history of all the different entities was included. It is nice to know how the vampires, werewolves and angels all became the way they are. I love the characters and can't wait to read more in series!!
Read more
Helpful
Report abuse

big show
5.0 out of 5 stars It pulls you in from the first page.
Reviewed in the United States on March 8, 2012
This book had my attention from the first page. The characters are so well described that you feel like you know them. CJ, Angel, Sam and the rest of the characters pull you into their world and make you lose yourself and forget the world around you. You can't help but visualize and see the story enfolding around you. If you are a fan of the supernatural; If you liked the Twilight or Vampire Academy book, You will LOVE this book!
Read more
Helpful
Report abuse

Ben Furdyna
5.0 out of 5 stars Loved it... and can't wait for Book Two, Three, etc
Reviewed in the United States on September 14, 2012
Once I started this book I couldn't put it down. I thought It would take me a few days to read... well I stayed up all night and FINISHED IT IN ONE SHOT!!! The charter development is fantastic and the blending of deferent facets of fantasy was superbly done. Can't wait to see what happens next!!! I recommend this book to any lovers of the fantasy genre.
Read more
Helpful
Report abuse
See all reviews
Back to top
Get to Know Us
Make Money with Us
Amazon Payment Products
Let Us Help You
EnglishChoose a language for shopping. United StatesChoose a country/region for shopping.
© 1996-2021, Amazon.com, Inc. or its affiliates