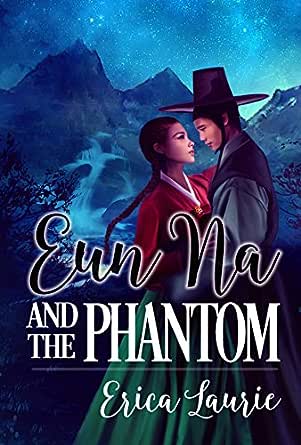 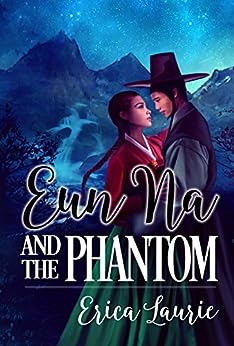 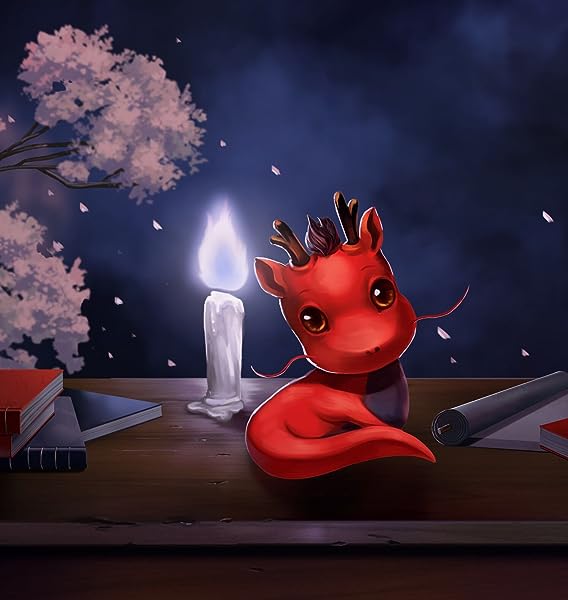 See what readers are saying:
"A wonderful story of fantasy and romance!"

"Timeless love. The story draws you and holds you mesmerized until the end."

LR
4.0 out of 5 stars There was some words/names that I had nooo idea how to pronounce so I did the best I could and just substituted the english vers
Reviewed in the United States on January 7, 2017
Verified Purchase
3.5 stars overall.

Eun Na and the Phantom was a completely new experience for me. A lot of people said something about Korean dramas and I've never seen one, so I can't say whether it compares or not. There was some words/names that I had nooo idea how to pronounce so I did the best I could and just substituted the english version in my head if I knew what the word meant.

This story reads like it's for a MG audience(just an observation, not an insult. I like many MG books.) but the characters are more of an age for a upper YA audience and there is a very slight reference to wedding nights that enforces the idea that YA is the target audience. (It's a very clean book)

It took me a little bit to get into, but once I did I found myself enjoying the characters and their lives. This isn't a story with an ultimate, world-destroying evil to defeat or a story of travel and adventure. This is very much a story of following 4 older teens through their day to day lives.

Eun Na lives with her parents and is trying to help out her father who is a logger. Lord Park owns their land and is putting the pressure on for her parents to pay or else he'll take Eun Na as a slave(implied). Eun Na is a sweet character and very hard-working. She has a feisty side though and my favorite scenes with her was when she got her feathers all ruffled.

Lord Park's son, Min Jae, admires Eun Na, but it's pretty obvious he just sees her as a friend.

Tae Kyung(the phantom) was my favorite of the two male characters, and I quite like Miyu(the resident midung).

Mao, the little imugi dragon, was my favorite of the whole cast. He was funny, and cute, and I laughed every time he got all sarcastic and made fun of Min Jae.

There are some sad moments to the story, and I was a bit peeved at Tae Kyung for not telling Eun Na the truth sooner and letting her decide if she was okay with being with a phantom who never aged.

But overall it was a fun, cute story that was a step outside of anything I've read before. It might not be fore you if you want a grand adventure, world-traveling, battle filled story. But if you're looking for a nice, easy read that lets you take a step back from the normal business of stories to just enjoy a slice of life in a little village with likeable characters, then you should definitely give this a go.

Sophia Rose
VINE VOICE
4.0 out of 5 stars Delightful Korean mythical folktale Variation!
Reviewed in the United States on May 20, 2019
Verified Purchase
It's Pacific Asian Heritage month so this variation on a few mystical Korean folktales grabbed my attention. The decision was all over when I spotted the dragon and the phantom references.

Eun Na and the Phantom is inspired by Korean folklore and set in a poor mountain forest village during Korea's Joseon Dynasty (14th to 19th centures). It reads like a fairytale much of the time with the occasional modern word poking out, but also sprinkled with a few Korean words and cultural references as well.

Eun Na the logger's daughter and Tae Kyung the Phantom are the main couple, but there is a secondary main couple, Miyu the shamanness and Min Jae the son of the local lord, Lord Park.

Long ago, Tae's father was so filled with greed that he called down a curse on his own son to gain wealth and power. Tae's soul cursing him to spend eternity as a phantom roaming the world alone in return for the father for getting what he desired.
But, the magical dragons took pity on Tae and gave him the gift of humanity by day so he only had to be a phantom by night.

Centuries later, another greedy man for wealth and power, Lord Park, is bleeding his villagers dry through impossible rents and dishonest dealings. Eun Na's family are poor loggers and they are desperate to earn their living and keep up with the increasing rent and demands from cruel Lord Park. Then an injury to her strong father leaves Eun Na no choice, but to strike a bargain with the devilish Lord Park.

Meanwhile, the mysterious Tae is captivated by Eun Na's strength in the face of adversity and she, with him for his kindness, support, and help. Lord Park's idle son, Min Jae has his eyes opened to what others are suffering at his father's hand when he becomes friends with Eun Na and the village shaman Miyu. Miyu is attracted to Min Tae, but knows its hopeless even if her young dragon companion predicts a different future.

I love reading fairytales, folk tales and variations on them so this magical story captivated me. The underlying tales were new to me even if the themes were familiar. I loved seeing the underdogs fight against a villain. It was not easy and definitely came with some tragedy.

The writing took a bit for me to adjust and felt awkward at first especially when it shifted from point of view quickly between the four main players and the indicators of the shift were tough to see. But, once I caught on, I was able to sink into the story and find it a delightful surprise. I didn't get as much Korean culture as I was hoping, but there were bits and I enjoyed what I got and led me to look up details.

This was a heartfelt story with a strong finish. I can definitely recommend it to those looking for a story based on mythology or fantasy with a strong romance element and a humorous, whimsical dragon.
Read more
Helpful
Comment Report abuse

Mary Magdalene
5.0 out of 5 stars I'm a Korean drama fan, and I loved this book!
Reviewed in the United States on June 1, 2016
Verified Purchase
I am an avid Korean drama fan, so when I saw this book, I just had to read it. This particular story is a historical fantasy which appears to be set in the late Joseon era. The scenes described in this book are spot on; I was able to imagine them as if I were watching them being performed in an actual Kdrama. This book could be made into an excellent Korean drama, and I wouldn't be surprised if the author wrote it with this in mind, hoping that a Korean production company would pick this up and adapt it as a drama; I would certainly love to watch it if this happens. I loved this book, and I'm looking forward to more of the author's works.
Read more
2 people found this helpful
Helpful
Comment Report abuse

GoldMercury
4.0 out of 5 stars A good read.
Reviewed in the United States on November 4, 2016
Verified Purchase
Needing something light and heartwarming, I picked up this book on a whim. And while the writing started off rather simplistic for my usual palette, I found I really enjoyed the concept and flow of the story. Sure enough, there are a few proofreading errors, and some issues within the story are rather daunting in the build and incongruintly very easily resolved. Thankfully the characters are colorful, and the general emotions you feel driving them are easily recognizable, if a bit flamboyant. Suffice to say, I laughed and cried in the turn of a Page, and that's what I need in a book. Personally I would have preferred more resolution afterwards, but I think this particular style enjoys leaving some things to the curious imagination of the reader.
Read more
2 people found this helpful
Helpful
Comment Report abuse

Ryan Schukei
5.0 out of 5 stars A happy fairy tale.
Reviewed in the United States on June 15, 2019
Verified Purchase
A brilliant fairy tale story. It is well developed with an excellent plot and characters. I was feeling everything the characters were feeling as I read. It was hard to put down and not read the book in one setting. I am a slow reader and faster readers may be able to read it in one setting. It is a special book and should be read by all.
Read more
Helpful
Comment Report abuse
See all reviews

I would like to say 3.5 stars, but am happier rounding up to 4 than down to 3.
Read more
Report abuse

L.V. Lloyd
5.0 out of 5 stars A lyrical story
Reviewed in Australia on February 13, 2016
Verified Purchase
Eun Na, a simple logger’s daughter, is caught up in a tangle with her father’s scheming landlord, his attractive son, and a phantom burdened by a curse. With such an interesting cast of characters, not to mention Mao the dragon, I couldn’t wait to see what happens.
The description of daily activities such as making dumplings, are charmingly written and indeed, the story has an almost lyrical feel to it. This is the first Korean tale I’ve read, and now I’d like to read more. Vera Loy
Read more
Report abuse
See all reviews