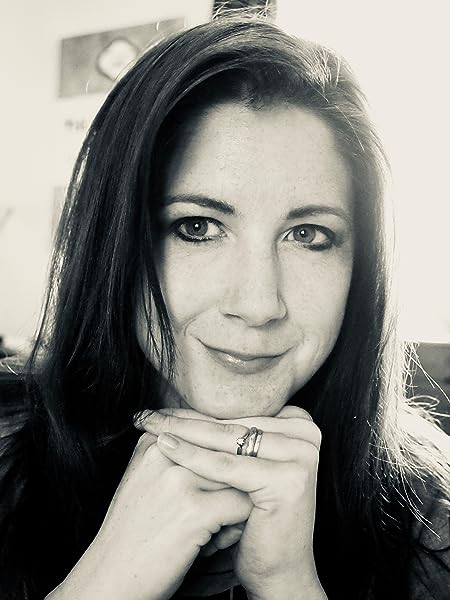 Rebecca Elliott has illustrated many children's books, including KISS, KISS GOOD NIGHT. She wrote and illustrated the OWL DIARIES series, JUST BECAUSE, and ZOO GIRL (which was nominated for the Kate Greenaway Medal). She lives with her family in the countryside of Suffolk, England. Visit her at www.rebeccaelliott.com.
Start reading on your Kindle in under a minute.

4.9 out of 5 stars
4.9 out of 5
272 customer ratings
How does Amazon calculate star ratings?
Amazon calculates a product’s star ratings based on a machine learned model instead of a raw data average. The model takes into account factors including the age of a rating, whether the ratings are from verified purchasers, and factors that establish reviewer trustworthiness.
Top reviews

Kindlereader48
5.0 out of 5 stars An Educator's View
Reviewed in the United States on May 29, 2016
Verified Purchase
A seven year-old turned me onto this series. As an educator, I have to say that I love this series! These stories are perfect for newly independent readers. The adorable illustrations break the short chapters into manageable chunks. The fun and exciting stories keep young readers engaged. I would recommend these books for 7-8 year-olds to read independently, and for parents to read to younger children.

In this second installment of the Owl diaries, Eva becomes convinced that she saw a ghost after her teacher tells a scary story at school one night. No one believes her, though! Except for her best friend, of course. Others doubt Eva so much that she begins to doubt herself. In order to prove the ghost exists, Eva writes, distributes, collects and reviews surveys. A beautiful early introduction to the scientific method! In the end, the entire class goes on a ghost hunt and discovers the true identity of the ghost. The ghost, or should I say ghosts, turn out to be a family of snowy owls who are moving to the neighborhood.

Amanda
5.0 out of 5 stars Perfect 1st/2nd grade book!
Reviewed in the United States on June 24, 2017
Verified Purchase
This is currently my 7 year olds favorite book series. This is her third owl diary book and she is looking forward to starting more. These are the perfect books for children beginning to read chapter books. The story line is catchy and leaves the young reader wanting to read more. My daughter has always had a little bit of a hard time reading but she continues to try when reading these books. They have really helped motivate her to keep reading. Highly recommend for first to second grade readers!
Read more
3 people found this helpful
Helpful
Comment Report abuse

Kindle Customer
5.0 out of 5 stars My 6 year old loves this series. She read ...
Reviewed in the United States on June 3, 2015
Verified Purchase
My 6 year old loves this series. She read the entire book on her own in one evening. She could not put the book down, she was so curious to know what was going to happen. Any book that can bring out that kind of enthusiasm in my little reader gets a 5 star rating. Since there are only 2 books in this series so far we will definitely be exploring other series from the Branches Book line.
Read more
8 people found this helpful
Helpful
Comment Report abuse

Mrs.Lynn
5.0 out of 5 stars Great story
Reviewed in the United States on November 10, 2018
Verified Purchase
I buy these books for my 9 year old granddaughter. She loves them. She’s reading the entire series, each time a new one comes out she let’s me know so I can order it for her. She started reading them at 6&1/2. Great stories and the print is really nice in them.
Read more
Helpful
Comment Report abuse

Wife, mommy, and teacher
5.0 out of 5 stars Highly recommend
Reviewed in the United States on August 31, 2016
Verified Purchase
I love this series! I teach 1st grade and love having these in my classroom library. These are great books because they keep kids engaged.
As a parent, I love these because they are good for kids who have short attention spans. My daughter has ADD and struggles with stamina while reading. These books work for her because she can focus on one speech bubble at a time, which keeps her focused.

Marissa J McLain
5.0 out of 5 stars Six year old daughter loves the book
Reviewed in the United States on February 8, 2016
Verified Purchase
My daughter, 6 years old/first grade, loves this book and this series. She loves the illustrations and loves the portions of the book where Eva writes in her journal. The story lines are easy to follow and age appropriate. The book is a chapter book. Would definitely recommend this book for other similar aged children.
Read more
One person found this helpful
Helpful
Comment Report abuse

LoriPedi
5.0 out of 5 stars Great book!
Reviewed in the United States on July 3, 2015
Verified Purchase
My daughter (7) going into 2nd loves these books! I am so happy to have found branches books! It really does help transition the kids into early chapter books. This story is really cute and my owl is just adorable. Again- this is one of my daughters favorite reads!! I would recommend this for any girl around her age who has parents tired of everything revolving around a princess....
Read more
2 people found this helpful
Helpful
Comment Report abuse

becky
5.0 out of 5 stars Great.
Reviewed in the United Kingdom on November 3, 2017
Verified Purchase
My 8 year old loves these books.
Read more
Helpful
Sending feedback...
Thank you for your feedback.
Sorry, we failed to record your vote. Please try again
Report abuse

mandy hagger
5.0 out of 5 stars Five Stars
Reviewed in the United Kingdom on August 19, 2016
Verified Purchase
My daughter loved this.
Read more
Helpful
Sending feedback...
Thank you for your feedback.
Sorry, we failed to record your vote. Please try again
Report abuse

Amazon Customer
5.0 out of 5 stars Great Graphic Novel perfect to get non readers reading!
Reviewed in Canada on March 10, 2016
Verified Purchase
A perfect graphic novel to start a non reader reading. My daughter loves the owls, the personalities she was very eager to get to Book #2 & #3. She finish all 3 in less then a week...it is a great appetizer to get a non reader to read more books! So happy to find these a must have for owl crazy kids!
Read more
Helpful
Sending feedback...
Thank you for your feedback.
Sorry, we failed to record your vote. Please try again
Report abuse
Load more international reviews

Antiquus Ludus
5.0 out of 5 stars Good for grade 3
Reviewed in Canada on November 12, 2017
Verified Purchase
Owl Diaries are awesome for grade 3.
Read more
Helpful
Sending feedback...
Thank you for your feedback.
Sorry, we failed to record your vote. Please try again
Report abuse

Amazon Customer
4.0 out of 5 stars Love the series
Reviewed in Canada on February 4, 2019
Verified Purchase
Easy read for my 9 year old.
Read more
Helpful
Sending feedback...
Thank you for your feedback.
Sorry, we failed to record your vote. Please try again
Report abuse

Amazon Customer
5.0 out of 5 stars Five Stars
Reviewed in Canada on March 15, 2017
Verified Purchase
Bought for my 6 year old daughter who loved reading this "chapter book" all on her own!
Read more
Helpful
Sending feedback...
Thank you for your feedback.
Sorry, we failed to record your vote. Please try again
Report abuse

Ads89
5.0 out of 5 stars Niece loved it!!!
Reviewed in Canada on February 10, 2016
Verified Purchase
Niece loved this series of books. She's 7
Read more
Helpful
Sending feedback...
Thank you for your feedback.
Sorry, we failed to record your vote. Please try again
Report abuse

Page 1 of 1 Start overPage 1 of 1
This shopping feature will continue to load items when the Enter key is pressed. In order to navigate out of this carousel please use your heading shortcut key to navigate to the next or previous heading.
Back
Next
Pages with related products. See and discover other items: blue owl, books for second grade, scholastic book, second grade book, second grade readers, chris columbus books