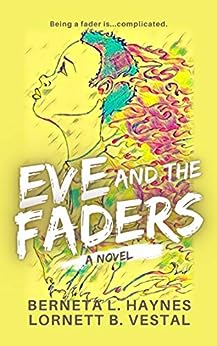 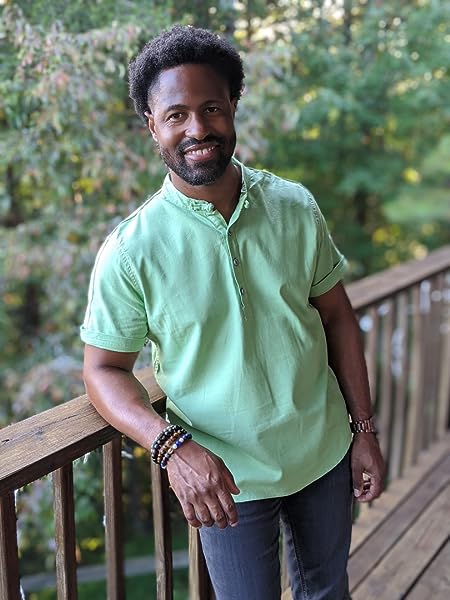 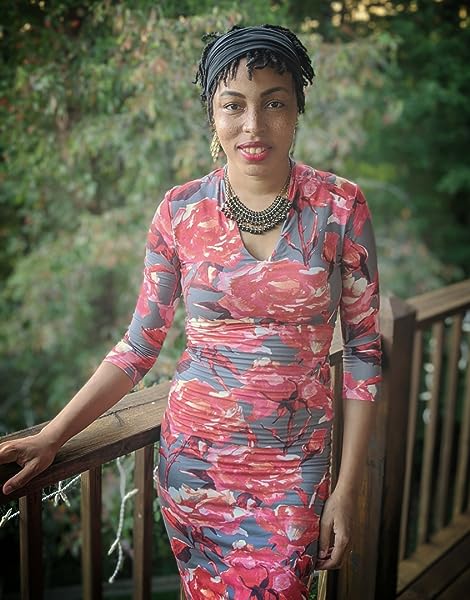 Eve and the Faders: A Novel Kindle Edition

by Berneta L. Haynes (Author), Lornett B. Vestal (Author) Format: Kindle Edition
See all formats and editions
Sorry, there was a problem loading this page. Try again.
"I'm not a hero, and this isn't a comic book movie. Now move out of the way." - Eve Cooper

The first time it happened, Eve almost killed a kid. That's when she learned the importance of secrecy—after all, it was nobody's business that she could disappear or break most things with her bare hands. Years later, she lives an ordinary life as a high school English teacher, with a bank account as bleak as her social life and nobody aware of her special gift. As it turns out, an ordinary life sort of sucks.

When Eve receives a lucrative offer to join the Special Procurements Initiative, she learns of the existence of others like her—faders. Desperate for money, she accepts the offer. Everything seems to be looking up for once, that is, until an incident during training results in a mysterious murder. Now she's a fugitive on a quest to uncover the truth about the Initiative's peculiar interest in faders. After spending her whole life living in secrecy, can she hide long enough to expose the Initiative and free herself…?

Thoughtful and visceral, Eve and the Faders takes readers on a journey that forces us to reckon with our own understanding of power and freedom.

"If you're looking for a wonderful sci-fi ride that is intersectional as well, then Eve and the Faders is your book." C. Kanoa, reader (2021)

"Awesome sci-fi reading journey. I have read two books by this author and she has yet to disappoint me as a reader." Sharisse Hancock, reader (2021)

"Better than television!! Eve and the faders is a fragmented, at times dazzlingly intelligent meditation on the responsibilities of freedom..." Cynthia & David B., reader (2021)

Berneta L. Haynes has authored three novels, Landrien Moriset, Eve and the Faders, and Aya and the Alphas, as well as short stories. As a Black woman, she writes from the margins. Her fiction imagines worlds where Black women and marginalized people are free, where they are superheroes, magical, or just everyday people. Her novel, Eve and the Faders, was featured in Lambda Literary's "January's Most Anticipated LGBTQ Books” list in 2021.

Berneta L. Haynes was born and raised in Little Rock, Arkansas but has lived everywhere from Missouri, England, Iowa, Chicago, and Philadelphia. Her first novel, Landrien Moriset, debuted in 2015. An environmental attorney and founding editor of Waking Writer, Berneta lives in Atlanta with her partner and co-author, Lornett B. Vestal. A Chicago native, Lornett served in the U.S. Navy and traveled the world before attending the University of Chicago. An environmentalist and politics junkie, he runs the Evolving Man Project, a website centered on promoting social change through insightful discussion, activism, and idea sharing. Eve and the Faders is Lornett's debut novel.

C Kanoa
5.0 out of 5 stars A surprising gem
Reviewed in the United States 🇺🇸 on May 2, 2021
Verified Purchase
If you're looking for a wonderful sci-fi ride that is intersectional as well, then Eve and the Faders is your book.

While the genre isn't usually my preference, I was pleasantly surprised by the narrative and even more so with the diversity and LGBTQ characters. If intersectional writing was more of a common in this genre, I'd be converted to sci-fi/fantasy.

However, I'll glad wait for these authors to publish again if needed. The publishing industry needs to wake up to the kinds of books that they're missing out on, because these unique characters tell a universal story: what it's like to be different and feel alone, what it's like to be marginalized and exploited simultaneously because of those differences, and what it's like not to be "seen" and how such invisibility can also be transformed into a superpower.
Read more
One person found this helpful
Helpful
Report abuse

Cynthia & David B
5.0 out of 5 stars Must Read
Reviewed in the United States 🇺🇸 on April 15, 2021
Verified Purchase
Better than television!! Eve and the faders is a fragmented, at times dazzlingly intelligent meditation on the responsibilities of freedom, the possibilities of higher intelligence/special powers and the implications of a triad relationship that the main character is in. Do yourself a favor and take a chance at reading this Sci-Fi book!
Read more
One person found this helpful
Helpful
Report abuse

Michael Thomas
5.0 out of 5 stars Superheroes keeping it real
Reviewed in the United States 🇺🇸 on June 5, 2021
This was an excellent read! There are a couple moments of "why'd she do that?" with our main character, but the story is compelling, fast paced, and has great dialog and detail.

What I enjoyed most was that it's a superhero story about people. It's intersectional and there's a focus on the experience of being marginalized, but the people and their powers aren't metaphors, they're folks with special abilities figuring out how to live with that fact. They're struggling to get by and work against a system that only knows how to exploit them. For marginalized folks, that's just reality, not a symbolic journey about understanding and sympathy.

I'm excited for the teased sequal as we've got some hints at post-humanism. Should be a ride.
Read more
Helpful
Report abuse

di medearis
5.0 out of 5 stars Fun read
Reviewed in the United States 🇺🇸 on April 5, 2021
Sci-fi isn't my first choice for genres I like to read. Saying that, Eve and the Faders was a fun read I didn't want to walk away from. She found her strength, and magic, fighting evil while protecting and trusting her true friends. Thank you to the authors for providing an enjoyable addition to my library. Now, I'm anxious to read Berneta L. Haynes' first book "Landrien Moriset." Also, I love the cover art. Great talent, Lornett B. Vestal!
Read more
One person found this helpful
Helpful
Report abuse

Sharisse Hancock
5.0 out of 5 stars Wonderful Reading Experience
Reviewed in the United States 🇺🇸 on January 7, 2021
This book was so interesting from start to finish. Eve’s journey was incredible. So happy I read this book!
Read more
3 people found this helpful
Helpful
Report abuse

Michelle Range
5.0 out of 5 stars Great Story
Reviewed in the United States 🇺🇸 on January 17, 2021
Verified Purchase
I thoroughly enjoyed this book. It was an exciting page turner.
Read more
3 people found this helpful
Helpful
Report abuse
See all reviews
Report an issue
Does this item contain inappropriate content?
Report
Do you believe that this item violates a copyright?
Report
Does this item contain quality or formatting issues?
Report