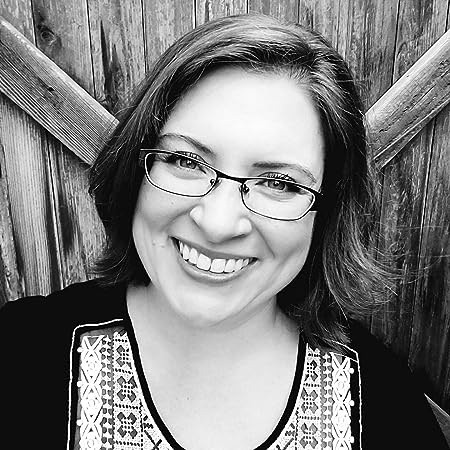 Eve R. Redmayne writes deliciously fast-paced historical, and fantasy romances. She is an equal opportunity reader and writer of books that provide all of the feels. Eve lives high in the Rocky Mountains with two kids who keep her on her toes and an endlessly supportive husband.

When she isn't writing, Eve can be found traveling, experimenting with fermenting, gardening, and crafting. A friend once said Eve lives the most idyllic life as her time is spent almost exclusively on creative pursuits. Eve would only disagree with this statement when elbow deep in her 25th manuscript edit, or when tearing threads from a project gone awry.

Eve loves hearing from her readers and invites you to visit her websites: www.everredmayne.com and www.beatinghearth.blogspot.com as well as follow her on Instagram: @beatinghearth, and Facebook: www.facebook.com/TheBeatingHearth/ Facebooke: https://www.facebook.com/EveRedmayne

And you are more than welcome to send her a hello at everredmayne@gmail.com 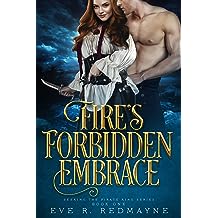 "Eve hit it out of the park! Great historical romance with engaging characters, lots of detail, and dirty, steamy romance!"

"I loved it! The story was great, the action, romance, suspense... all of it!"

Delia Bridges never questioned her course in life. But when a posh earl bent on a marriage of convenience upends her existance, long-held beliefs weaken under the persuasions of a man she can't resist. Does she abandon her career, training, and her father's trust for a chance at happiness? Especially when all she knows for certain is a woman like her can never be with a man like him.

AND NOT IN DISTRESS

Robert Fontaine, the Earl of Cayre, isn't interested in finding a bride. That is until he saves an intriguing young debutante with a shadowed past. She needs a husband who won't ask too many questions just as he's seeking the same attributes in a wife. However, as fantasy and reality collide, Robert soon learns appearances aren't always what they seem. And though Delia is as wrong for him as they come, he burns for the woman with a thousand secrets.

BUT WHAT HAPPENS WHEN THE LADY FINDS LOVE...

Fleeing both, pirates and their hearts, Delia and Robert soon discover they cannot outrun the fire's forbidden embrace.

Book Details: This is a standalone story, based on actual events, that leads into the next book of the series (which will be released later in 2019). This book doesn't end on a cliffhanger and has a happily ever after, but it doesn't answer every question you might ask. Those unresolved details will be left to the other books in the series.

Style: Romantic adventure based on true events in history

Bonus Material: Author's note, which includes a glimpse into real-life accounts of the largest pirate heist in history as well as a snippet from the author's first novel, Betrayal and Yearning.

Connecting Books: While Fire's Forbidden Embrace can be read alone, it is the first book in a connecting series of four novel-length books. Each book in the Reckless Love series will feature the Bridges sisters. 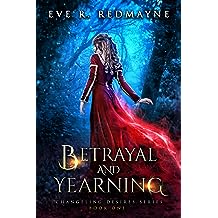 Betrayal and Yearning (Changeling Desires Series Book 1) Apr 24, 2018
by Eve Redmayne
( 10 )
$3.99
"If you love either romance or fantasy or both, this is the book for you. Great alpha, strong heroine, and edge of the chair adventure and romance."

"Amazing read! Could not put it down. In fact, read it one day, and now, I can't wait for book two."

"Brilliant book, filthy in all the right places with an actual story!"

Jessica Brown, your everyday geologist, finds herself the victim of an otherworldly kidnapping and thrown into a fae land inhabited by witches, elves, and creatures only found in legend. Suddenly embroiled in a dangerous game where she doesn't know the rules, Jessica declares she won’t marry a stranger even if he is an elven prince.

As ancient alliances are torn apart, Jessica disregards all dangers and forges her own path. After discovering passion in a forbidden embrace and betrayal at the hands of her lover, she is suddenly aflame with mysterious powers and finds herself on the run with a witch.

Battling the magical forces threatening her very humanity, Jessica fights to reclaim her hold on her heart while hoping to give it away, once more.