Evelyn Del Rey Is Moving Away and millions of other books are available for instant access. view Kindle eBook | view Audible audiobook
Share

Bring your club to Amazon Book Clubs, start a new book club and invite your friends to join, or find a club that’s right for you for free.
Explore Amazon Book Clubs
Flip to back Flip to front
Listen Playing... Paused   You're listening to a sample of the Audible audio edition.
Learn more
See all 4 images 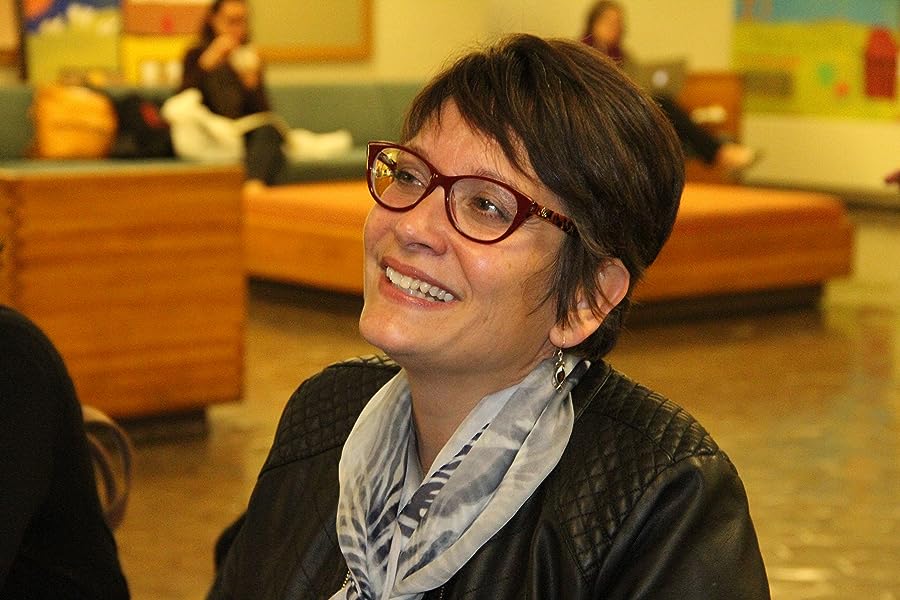 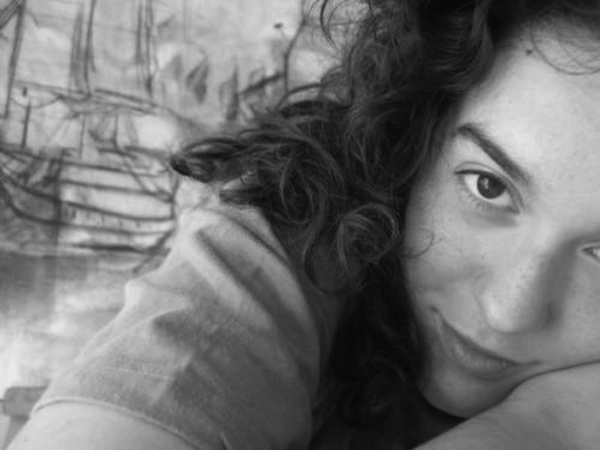 Newbery Medalist Medina’s versatility is in evidence here, showing she’s as much in tune with the picture-book audience as she is with older readers. With lines that go at angles and splashes of bold colors and patterns, Sánchez’s artwork is as lively and full of movement as the two girls. Layered applications of color create texture, and the interiors of their apartments are cozily beckoning. A tender story of friendship and change.
—Kirkus Reviews (starred review)

Digital artwork by Sánchez (Raisins and Almonds) radiates warmth and specificity as the girls interact with neighbors (“We sneak past grouchy Mr. Miller’s door and wave to Mr. Soo”) and revel in their last moments in homes whose windows face one another...Landing on the moment of their parting grief adds poignancy to their vibrant connection, and a final page turn offers further joy to this portrait of two girls of color and their strong, resilient friendship.
—Publishers Weekly (starred review)

Daniela’s first-person, present-tense narration balances action and introspection, while in the illustrations the small, expressive figures of the two girls seem barely able to contain the deeply felt emotions, familiar to many children, that accompany loss and change. Sánchez’s illustrations layer colorful patterns and textures with filigreed lines and corrugated cardboard collage; bright yellow beech leaves litter the girls’ urban neighborhood, suggesting a season of transition. The final image of an older Daniela, seated on the floor of her room surrounded by letters from Evelyn, assures readers that, no matter what, you never forget your first “mejor amiga.”
—The Horn Book (starred review)

Sanchez’ digital art has a colored pencil and mixed media flair, and she’s particularly gifted in conveying human dynamics through poses as the brown-skinned girls sprawl on the floor or dart through the building together hand in hand. While a final scene shows a grown Daniela smiling over a box of Evelyn memorabilia, that’s by no means papering over the sadness of the parting, with both girls obviously and understandably griefstricken. It’s that honesty that makes this book truly useful: while life goes on when friends separate, adults as well as kids benefit from recognition that friends are essential and that it’s valid to mourn the departure of your “numero uno best friend.”
—Bulletin of the Center for Children's Books (starred review)

This story of the girls' last day together is a heartbreaker, but seeing the two girls squeeze every last moment of joy from that day of grief is a reminder that the simple and powerful bond of friendship is worth the heartache of separation.
—NPR

Medina approaches the difficulty of best friends separated by a move from the perspective of the child left behind...Vivid colors keep the overall tone upbeat, and a final illustration depicts an older Daniela enjoying letters from her friend. Realistic and quietly satisfying.
—Booklist

Sánchez’s illustrations give life to the world these two best friends live in, while also revealing details about the move. The raw emotions that Daniela and Evelyn experience come through in the drawings. Medina and Sánchez have created a winning emotional story about two best friends who will always be best friends, regardless of all kinds of upheaval.
—School Library Journal

Meg Medina is the author of the Newbery Medal–winning book Merci Suárez Changes Gears, which was a 2018 Kirkus Prize finalist. She is also the author of award-winning YA novels and the picture books Mango, Abuela, and Me, illustrated by Angela Dominguez, which was a Pura Belpré Author and Illustrator Award Honor Book, and Tía Isa Wants a Car, illustrated by Claudio Muñoz, which won the Ezra Jack Keats New Writer Award. The daughter of Cuban immigrants, she grew up in Queens, New York, and now lives in Richmond, Virginia.

Sonia Sánchez is the illustrator of Here I Am, for which she was nominated for the Will Eisner Comic Industry Award for interior art. She has been selected twice to participate in the Society of Illustrators Original Art Show. She lives with her husband, son, and a sleepyhead cat in Barcelona, Spain.

Start reading Evelyn Del Rey Is Moving Away on your Kindle in under a minute.

4.8 out of 5 stars
4.8 out of 5
155 global ratings
How are ratings calculated?
To calculate the overall star rating and percentage breakdown by star, we don’t use a simple average. Instead, our system considers things like how recent a review is and if the reviewer bought the item on Amazon. It also analyzes reviews to verify trustworthiness.
Top reviews

JR in CA
5.0 out of 5 stars A Beautiful Testament to First Friends
Reviewed in the United States on September 9, 2020
Verified Purchase
This stunning book is a love letter about your first best friend and the lasting impact that friendship can have. With so many friends separated by Covid, it resonates and tugs at the heart in a deeper way these days. I teared up while reading this to my children, and my husband, who overhead the reading, came into the room to say how much he was enjoying the book. This one is a true gem.
Read more
3 people found this helpful
Helpful
Report abuse

Mimi
5.0 out of 5 stars Touching and beautiful book
Reviewed in the United States on November 21, 2020
Verified Purchase
What a charming story - with equally charming illustrations. This is a lovely, believable story of a friendship between two girls and how it lasts even through separation, joyfully and richly and delightfully illustrated.
Read more
Helpful
Report abuse

Howard P
5.0 out of 5 stars Great Read- Relevant story
Reviewed in the United States on November 24, 2020
Verified Purchase
Read this book to kindergarten children- they enjoyed it. when we discussed it, many had experienced having to leave really good friends or family.
Read more
Helpful
Report abuse

Happy
5.0 out of 5 stars What Sweet Read
Reviewed in the United States on December 11, 2020
Verified Purchase
We bought this for our kids' friends who moved, and it is the sweetest book. I cried when I read it, but the kids loved it.
Read more
Helpful
Report abuse

milo Seraphine
4.0 out of 5 stars Great book about the value of friendship.
Reviewed in the United States on November 25, 2020
Verified Purchase
The book seems a bit too wordy and long, but otherwise great book on friendship and love.
Read more
Helpful
Report abuse

Because My Mother Read: Book Reviews
5.0 out of 5 stars Bittersweet and beautiful
Reviewed in the United States on September 21, 2020
This tale of friendship lovingly captures the emotions of a child moving away. It is a bittersweet story with the heart break of these close friends being separated, but also amazing to see the resilience of their friendship. Throughout the chaos of moving they find ways to play and make believe and they make plans to maintain contact. The last page was beautiful and satisfying. It brought up so many emotions and memories as I read it aloud.
Read more
One person found this helpful
Helpful
Report abuse

J. Brown
3.0 out of 5 stars Not For Me
Reviewed in the United States on October 30, 2020
I read this for Read for the Record yesterday. I have to say that while the theme is sweet, it's actually a depressing book for kids.
Read more
One person found this helpful
Helpful
Report abuse
See all reviews