Ever: A Young Adult Paranormal Romance and millions of other books are available for Amazon Kindle. Learn more
Share <Embed>
Have one to sell?
Sell on Amazon 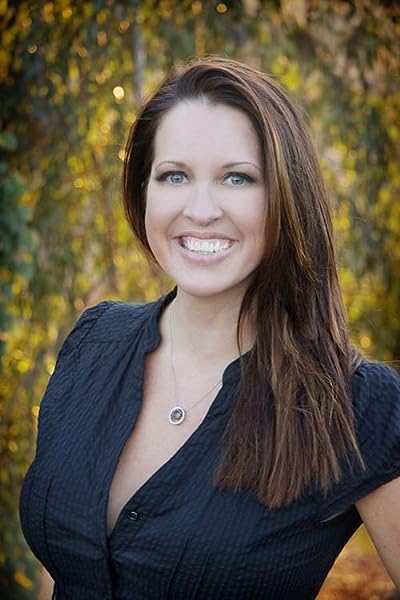 Start reading Ever on your Kindle in under a minute.

3.6 out of 5 stars
3.6 out of 5
61 global ratings
How are ratings calculated?
To calculate the overall star rating and percentage breakdown by star, we don’t use a simple average. Instead, our system considers things like how recent a review is and if the reviewer bought the item on Amazon. It also analyzes reviews to verify trustworthiness.
Top reviews

Claire Ashecroft
4.0 out of 5 stars I am probably overthinking this.
Reviewed in the United States on March 21, 2013
Verified Purchase
I should mention from the outset that I tend to avoid reading YA (young adult) fiction. I didn't like being a teenager, so reading about them isn't exactly appealing. I tend not to read romance, either, for reasons I can't even pretend are reasonable. However, Jessa Russo asked me to help her promote her second novel, Evade, by participating in her all-review blog tour.

First, the plot: seventeen year old Eleanor Van Ruysdael (whose nickname, Ever, is derived from her initials) has a dead boyfriend named Frankie, who died in a car crash which she survived. She isn't over him yet, but it might be difficult to get over a teen crush who insists on haunting you.

What begins as a tale of unrequited love becomes a love triangle when twenty-two-year-old Toby and his father movs into the house in which Frankie and his family used to live. Though Ever tells us she's stuck on Frankie on numerous occasions, she is instantly smitten with Toby -- to the relief of her friend Jess. After some courtship between Ever and Toby, the arrival of Toby's ex Ariadne further complicates matters.

Ariadne's arrival kicks Ever into high gear by introducing an interpersonal conflict halfway through the novel. Ever can't stand Ariadne, but the feeling isn't mutual because Ariadne doesn't regard Ever as an equal worthy of her enmity.

I won't comment further on the plot, lest I spoil the ending. Instead, I will shift my attention to the mechanisms driving the story. In particular, I wish to consider Ms. Russo's choice of viewpoint. Ever is told exclusively through the viewpoint of its protagonist. We only know what she tells us. We have no choice but to believe Frankie is real, because Ever tells us other people can see him. When Ever learns that Toby and Ariadne are "soul collectors", we can only take her words at face value, but Ever doesn't tell us what exactly soul collectors are, or how they do what they do, because she herself doesn't know. We remain ignorant of Toby's motives and those of Ariadne, because we're limited to Ever's viewpoint.

A cursory glance at the reviews on Goodreads suggests that this limited perspective frustrates a great many readers to the point where they end up despising the novel. I consider it Ever`s chief virtue. While I might praise Ever`s verisimilitude by virtue of its characters, who are annoying enough to remind me of the teenagers with whom I used to do time in high school, the real value of this novel lies in its unreliable narrator.

An unreliable narrator, according to Wikipedia, is "a narrator, whether in literature, film, or theatre, whose credibility has been seriously compromised" (emphasis mine). Ever's youth and inexperience alone might compromise her as a narrator, but it's her psychological issues which push her over the top. Her unresolved grief and survivors' guilt are both obvious from the first page of the first chapter. Furthermore, because we have to take her word for the fact that others can see Frankie, the ghost himself might be a figment of Ever's imagination -- or a delusion. Even the events culminating in Ever`s cliffhanger ending might only be a fantasy, but it's a fantasy we must accept at face value, because we only know what Ever tells us.

I don't know if Jessa Russo intended for Ever to be an unreliable narrator. I could be overthinking a novel which is nothing more than solidly written young adult paranormal romance. Or, Jessa Russo might have infused her material with unexpected literary sophistication through her choice of viewpoint and the care with which she feeds the reader information.

rickter
2.0 out of 5 stars This Book Just Drags!
Reviewed in the United States on March 9, 2014
Verified Purchase
I've been dragging my feet trying to finish this book. It's been weeks and I'm at the 80% mark. This is the point in the book where I shouldn't want to put it down and yet, I'm just not into it.

The storyline itself if really cool and the world building is excellent but what is so frustrating is that the characters aren't naturally revealing the story. It is completely unbelievable that if a teenaged girl lived with her best-friend/love of her life WHO is also a ghost they wouldn't be talking ALL THE TIME and SHARING information. They totally would! BUT frustratingly they don't. This not sharing information doesn't provide tension, it just provides frustration for the reader.

Amber
2.0 out of 5 stars I liked the concept
Reviewed in the United States on April 11, 2014
Verified Purchase
I like the concept of this book. The majority of the book was really good. I liked how when she was sad, you could feel the emotion the author was trying to portray. I did think that some of her reactions to situations were not at all realistic when it came to boys, and her father's death. I didn't like that her relationship with the neighbor was instantaneous, and she was ready to give up her purity pretty fast with him. Luckily she did not. However when her dead best friend gets his body back, its another story. I am not one to follow the "I am in love with two people at the same time, and want to sleep with them both" attitude. I will not read the second and third book.
Read more
2 people found this helpful
Helpful
Report abuse

Kerri Dawn Simpson
4.0 out of 5 stars I was a little bit disappointed with the ending
Reviewed in the United States on November 1, 2014
Verified Purchase
I was a little bit disappointed with the ending. But if I had a hot ghost haunting my room haha lol I'd be like damn. I liked the idea of the soul collectors and it ended up being a decent read. I try not to give to much away in the review because that annoys me when I find the entire plot line without having to read it. I like letting people discover the story themselves. Loved this little gem. It was a perfect ending but I highly enjoyed reading it and would recomend it.
Read more
One person found this helpful
Helpful
Report abuse

Kimmybeth
4.0 out of 5 stars Unique in a good way
Reviewed in the United States on March 6, 2014
Verified Purchase
I enjoyed this story as I've not read anything like it before. My heart ached for Ever & Frankie seeing that they had fallen in love & yet nothing could be done for them.
I will admit, I was rooting for Frankie all along but not because I didn't like Toby. Just because to me, what she had with Frankie, seemed more true & genuine. (I'm a romantic at heart & their story was much more romantic.)
Read more
Helpful
Report abuse

Cici Brown
2.0 out of 5 stars It Drags Along...
Reviewed in the United States on December 30, 2013
Verified Purchase
I'll admit, I haven't finished this story, and I'll tell you why. The author channeled too much of her inner teenager, and I'm starting to realize that most people's idea of a teenager is too idiotic for me to enjoy. I have an inner-child, don't get me wrong, but she can't seem to notice that Frankie stayed around after his death to be with her and not his family? That didn't clue her inner romantic in to the fact that he's in love with her? It's glaringly obvious! Painfully in fact. So, okay she starts dating someone that's in his early twenties. Her parents have a problem with this so her argument is that she's about to go into college and may date someone just as old there. Suddenly her parents are alright with that? I guess I don't see this leap of logic! I choked halfway through this, and at that point I finally said enough is enough! I don't care what he is, why he needs to get into her house and don't care that she lost someone suddenly. They can all go to the nine-hells and float in the limbo of my subconscious in their angsty glory! I don't care anymore.
Read more
One person found this helpful
Helpful
Report abuse

Dana Findlay
2.0 out of 5 stars Not my cup of cocoa...
Reviewed in the United States on December 1, 2013
Verified Purchase
Let me just start by saying this, I greatly disliked the heroine. It seemed that she only cared about herself and didn't give a thought to anyone who might be hurt by her decisions. She makes out with one guy one day, and then another the next, and then she decides she needs to break up with her supposed 'love' and then she sleeps with the other guy a few days after the break up. I really didn't like this book, the characters ruined it for me.
Read more
Helpful
Report abuse
See all reviews
Back to top
Get to Know Us
Make Money with Us
Amazon Payment Products
Let Us Help You
EnglishChoose a language for shopping. United StatesChoose a country/region for shopping.
© 1996-2021, Amazon.com, Inc. or its affiliates