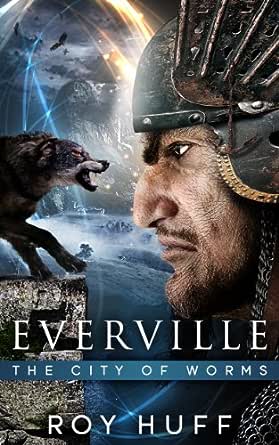 You've subscribed to Everville! We will preorder your items within 24 hours of when they become available. When new books are released, we'll charge your default payment method for the lowest price available during the pre-order period.
Update your device or payment method, cancel individual pre-orders or your subscription at
Your Memberships & Subscriptions
There was an error. We were unable to process your subscription due to an error. Please refresh and try again. 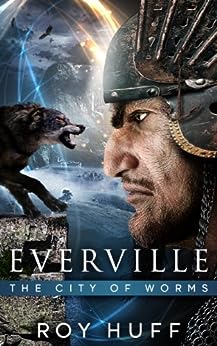 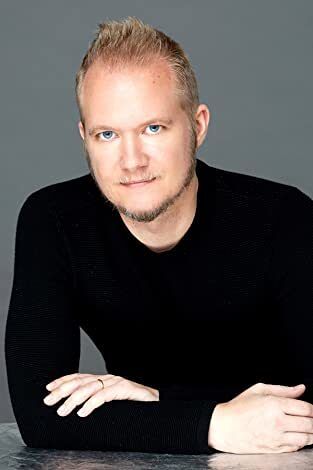 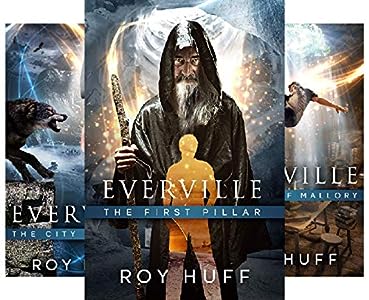 "Another Winner worthy of 5 Stars." -datdemdar --This text refers to the hardcover edition.

3.4 out of 5 stars
3.4 out of 5
54 global ratings
How are ratings calculated?
To calculate the overall star rating and percentage breakdown by star, we don’t use a simple average. Instead, our system considers things like how recent a review is and if the reviewer bought the item on Amazon. It also analyzes reviews to verify trustworthiness.
Top reviews

Cara
5.0 out of 5 stars Great fantasy series!
Reviewed in the United States on January 27, 2014
Verified Purchase
When I saw this book was free I simply had to get it, because I loved the first book in the series, and I was sure that the author will develop the action and the characters even more in the next books. And I wasn't disappointed. I read "The City of Worms" in one sitting. It was so good, I just couldn't put it down. Everything gets more complicated, and Owen has to fight evil forces again. I liked that new fantasy creatures were introduced and the world of Everville expanded even more before my eyes.

This is a series I have already recommended to some friends who love fantasy literature, which is not something I do very often. A book really has to impress me to determine me to talk about it with anyone who's willing to listen.
Read more
7 people found this helpful
Helpful
Report abuse

Bobbi Kinion
5.0 out of 5 stars Review of Everville: The City of Worms
Reviewed in the United States on May 8, 2015
Verified Purchase
This book was awesome in the way it continued from the previous. Being able to remain with the original characters and see their resolve to set things right. Of course the bad guys have their own twist where the character and choices they make affect how they view what they feel is right. And seeing how even those who made poor choices when they change their thinking and go back home that they are forgiven and restored back to their true selves also shows insight to a greater good with forgiveness and understanding. Our main character Owen is constantly put in situations where the faith of his friends and fellow adventures help to give him the courage to get things done and continue to stay true to himself with honesty and integrity.
Read more
4 people found this helpful
Helpful
Report abuse

Roy Huff kept me rapidly reading as I had to find out what happened in the next chapter! Giants and Everville armies must do battle with "Them" for the sake of all realms in the multi-universe, and can't wait to read book three!!
Read more
2 people found this helpful
Helpful
Report abuse

Jane V. Blanchard
3.0 out of 5 stars Written for the YA audience, but with enough depth for adults.
Reviewed in the United States on October 1, 2014
Verified Purchase
Everville: The City of Worms by Roy Huff is the second in the Everville Series. It really does not stand on its own, so read the books in order.

I really missed Owen Sage's first person narrative in this sequel. This is because, even though the story involves Owen, there is a lot happening without him in the other worlds, especially in Everville and in the City of Worms. There is s quest for the source that maintains the balance between the worlds (whoever owns it will have great power), battles with Giants, Ubaloo, Fron, and other creatures, and clues to find and figure out. As in the first book, the theme is the struggle between good and evil, and the corruption of power. Written for the YA audience, there is enough depth as a light fantasy for adults. Entertaining.
Read more
One person found this helpful
Helpful
Report abuse

jeancfisher
5.0 out of 5 stars Pure Action!
Reviewed in the United States on January 27, 2014
Verified Purchase
Fortunate was I to be able to download a free copy of the book during this special promotion! As soon as it was registered in my Kindle, I set to reading -- thinking I would read awhile and then put it down until I had a few spare minutes to pick it up again... WRONG!

I began reading and didn't stop until I'd devoured the entire volume! (I'm still licking my fingers!) Dishes lie unwashed in the sink, the dustcloth sits on its shelf still in the broomcloset and the laundry (while loaded into the washer) awaits soap and button-pushing to start it while here I remain -- on my third cup of coffee -- still digesting all that I read...

In "The City of Worms", all of the characters we came to know in the first volume now show their true colors and we are amazed that we could have been that wrong about them all this time! Good and Evil change places as we are left with our senses spinning. Always challenging and never boring, they whisk themselves from reality to reality easier than we mere mortals go from room to room. This all has the effect of keeping the reader engaged and excited -- so wanting to know what lies 'round the next twist of the plot -- that I fear, like me, others will not be able to glance away until all of the plot has been played out in its entirety.

Other reviewers have voiced confusion over the many changes in levels and lands of the plot. I, however, felt no such disorientation and feel that each shift was well identified -- more than sufficiently to ready my mind for the action therein. (Perhaps I am just naturally inclined toward dualism -- and "more"-ism?)

The "Everville" series has everything one looks for in fantasy fiction: Wonderous settings; fantastic, yet believable, characters with whom one feels certain empathy; magic galore and more than enough action to satisfy even the most action-hungry pallet

I recommend it and loved it. Need I say more? I think not...
Read more
7 people found this helpful
Helpful
Report abuse

Oscar W 2
5.0 out of 5 stars All I can say is WOW
Reviewed in the United States on April 13, 2018
Verified Purchase
Once again, Roy Huff has transported the reader to Everville, and produced a world where the imagination flows. If you are a fan of fantasy, this series needs to be on your reading list.
Read more
Helpful
Report abuse

Mada Sraier
5.0 out of 5 stars Original and Engaging Fantasy Novel
Reviewed in the United States on January 27, 2014
Verified Purchase
This novel, just like the other two in the series, is simply captivating. Owen's adventures continue, as he fights against already-known evil creatures and meeting new ones as well. The reader is taken by Roy Huff's skillful narration and great descriptions through various realms (Everville, the Earthly Realm, and the Other In-Between Lands), and gets to "see" many creatures such as Marmooks or Ubaloo.

Only by looking at the names of these creatures and one can tell how creative the author is! You laugh, you go through suspenseful moments, and you wonder what will happen next. Conclusion? A great fantasy book.
Read more
5 people found this helpful
Helpful
Report abuse

Kindle Customer
5.0 out of 5 stars Very Good
Reviewed in the United States on March 6, 2014
Verified Purchase
Very well written and thought out, I'm excited for the next book to come out and see what our Dear Owen must do to save all the races. I have to say I really enjoy his style of writing and it seems I read them way to fast, leaving me wanting more, I believe you will enjoy this series as much as I am.
Read more
4 people found this helpful
Helpful
Report abuse
See all reviews

Chris
5.0 out of 5 stars I reommend both books
Reviewed in the United Kingdom on February 24, 2014
Verified Purchase
Good strong characters with a nice way if putting across a very moral message but with interesting characters so you don't feel 'lectured'. Makes you want to be a better person yourself.
Read more
One person found this helpful
Report abuse

trevorlm47
1.0 out of 5 stars Juvenile
Reviewed in the United Kingdom on September 21, 2013
Verified Purchase
If you told me Mr Huff was 15 years old I would believe it. I could not finish it as reading it made my teeth ache.
Read more
Report abuse
See all reviews
Back to top
Get to Know Us
Make Money with Us
Amazon Payment Products
Let Us Help You
EnglishChoose a language for shopping. United StatesChoose a country/region for shopping.
© 1996-2021, Amazon.com, Inc. or its affiliates