Every Beat of My Heart and millions of other books are available for Amazon Kindle. Learn more
Share <Embed>
Have one to sell?
Sell on Amazon 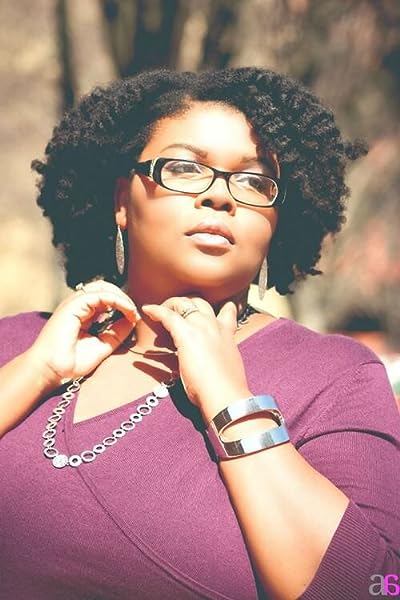 Every Beat of My Heart (The Gentlemen of Queen City) Mass Market Paperback – May 24, 2016

Like any good Southern belle, Kianna Alexander wears many hats: loving wife, doting mama, advice-dispensing sister, and gabbing girlfriend. She's a voracious reader, an amateur seamstress and occasional painter in oils. Chocolate, American history, sweet tea, and Idris Elba are a few of her favorite things.  A native of the TarHeel state, Kianna still lives there with her husband, two kids, and a collection of well-loved vintage 80's Barbie dolls.

Start reading Every Beat of My Heart on your Kindle in under a minute.

Kindle Customer
5.0 out of 5 stars Wow ! Love it
Reviewed in the United States on August 28, 2016
Verified Purchase
This was an excellent read. From start to finish the story line was there. The topic was on point. The absence of trust can derail any relationship. This is the first time I have read anything from Kianna Alexander but I was not disappointed. I would recommend this book. Five stars all the way!
Read more
One person found this helpful
Helpful
Report abuse

Hawk
5.0 out of 5 stars Ohhh! Rashad!
Reviewed in the United States on June 3, 2016
Verified Purchase
I thought that the hero in the first gentleman book was hot. But Darius can't hold a candle to sexy Rashad. He shows us that men can he hurt by deceitful women. But he also knew that his love four Lima was more important to him than anything else
Read more
One person found this helpful
Helpful
Report abuse

RomanticLynn
5.0 out of 5 stars Great read
Reviewed in the United States on October 26, 2018
Verified Purchase
I love The Gentlemen of Queen City series. Lina and Rashad's journey to love was beautiful. I can't wait till the famous Music Man is revealed.
Read more
Helpful
Report abuse

sherlena mass
5.0 out of 5 stars Love
Reviewed in the United States on December 28, 2017
Verified Purchase
I loved this book because rashad and lina shared a love that could not be taken away. Because of trust issues.
Read more
Helpful
Report abuse

Cynthia Taylor
5.0 out of 5 stars Moving On!
Reviewed in the United States on June 3, 2016
Verified Purchase
The journey to heal from hurt, betrayal and mistrust is often long and hard! Lina and Rashard both had baggage they had to deal with separately and together! #readingandreviewingchallenge
Read more
Helpful
Report abuse

Angela
5.0 out of 5 stars Great Story
Reviewed in the United States on July 23, 2017
Verified Purchase
Like how all the gentlemen of Queen City are intertwined and stories are still distinct. I really connected with this story.
Read more
Helpful
Report abuse

May Angelou
2.0 out of 5 stars Don't Trust Him
Reviewed in the United States on April 10, 2018
Right off the bat, I’m thrilled about Lina’s career. She’s just made junior partner in her law firm and seems to have a firm grip on matters at work. However, she’s at sea in her romantic life and that’s where this story goes belly up.

She broke up with Rashad because she thought he was withholding secrets from her. She’s entirely right but she’s made to feel as if she’s the one with problems because she doesn’t trust him. Well, one person does come forward to point out Rashad is indeed being secretive so he comes clean—far too late, of course.

In spite of her distrust of him, when Rashad turns up out of the blue, Lina gives in to him far too quickly to suit me. Do they talk out their problems? Does she press him again to come clean to her? Nope. She just loses her composure around his tight, hard body and over his skillful hands and tongue.

Thankfully, they don’t have sex on their very first date after their reunion. But Rashad isn’t above using his sensuous skills to manipulate her. It seems sexy in one way but borderline coercive in another. I’m sure if the tables were turned he wouldn’t appreciate her using her buttocks, breasts or mouth to make him late for work.

When Rashad’s secret is finally revealed, I rather wondered what all the fuss was. It doesn’t seem that cataclysmic or criminal to me (and certainly isn’t as bad as being a drug dealer, thief or a fence). So while the sex is scorching enough, the story and so-called contention (all this over a piano?) make for a bland storyline.
Read more
Helpful
Report abuse