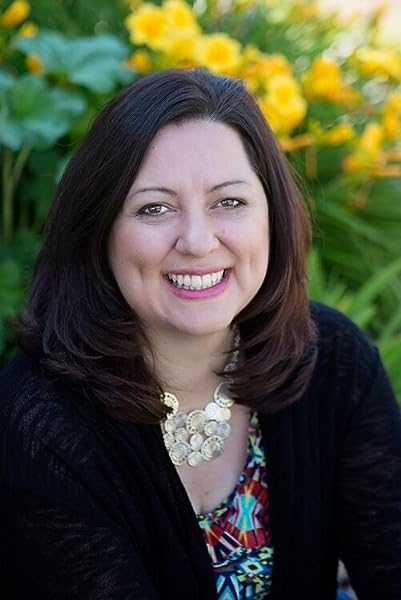 cynthia hollinshed
5.0 out of 5 stars I really liked this book
Reviewed in the United States on May 6, 2015
Verified Purchase
I really liked this book. Even though I was against Sam leaving, I understand his reasoning. He did not feel that he really belonged and just wanted to feel connected to what was comfortable when his mother was alive. Her sudden threw everything upside down and no one comfortable with anyone. The children were not used to farm life, so they just rebelled. By never having spent any time getting to know their grandparents before it was like they were all just thrown together as complete strangers. Sam felt since he had spent the most time, his father would just accept him with open arms as he had often dreamed. All he felt he had to do was find his father and everything would fall into place. He planned his journey, but in his quest , he never took the time to think things through first. Also, he never tried to open up to either of his,grandparents about his feelings and how much he missed his old lifestyle. But, when he arrived at the place of his father's,last known address, he was once again disappointed to find out that his father had once again moved on. When his grandparents learned of his leaving, all they could think of was just finding him and getting him out of the bad weather. When they found him, they let him complete his journey, never belittling him for the mistakes he made. This opened up the door to them to be better able to finally communicate and see what he truly was feeling. It brought them all closer and finally showed Sam thar his grandparents really loved him and really wanted all three children with them, no matter the cost. The grandparents' deep faith in God had carried them and always brought them through every situation. Deep faith,trust, patience, and the much prayer has guided them always.
Read more
Helpful
Report abuse

Sunshine84
5.0 out of 5 stars Every Sunrise
Reviewed in the United States on May 21, 2017
Verified Purchase
I am really enjoyed this book because I can relate to it. We are also raising our grand son. It is very well written
Read more
Helpful
Report abuse

NJW
5.0 out of 5 stars Enjoyed This Book
Reviewed in the United States on July 14, 2014
Verified Purchase
Another good one in the Heather Creek series. Can't beat good reading,and this series is worth your time. Good book!
Read more
Helpful
Report abuse

Deborah
5.0 out of 5 stars Comfort Reading
Reviewed in the United States on April 4, 2009
This series is comfort reading at its best. Seriously, I wish I had a grandmother like Charlotte and a farm to live at. Oh I know there would be chores to be done so it wouldn't be an easy life, but I think the benefits would totally outweigh those. Reading this book is very comforting and makes me feel like I'm part of the family and am an insider into their lives. Sean's search for his father was very moving and I was glad with the ending and look forward to hearing more about it in future books. You know it's good writing when you are rooting for both the cautious grandparents who want to protect their grandchildren from the outside world AND the rebellious grand kids and hoping they get their way at the same time. I could side with both Charlotte and Sean throughout this book. I could see where each one was getting at and I agreed and disagreed with both their actions. It's very rare for me to do this, I normally only can relate to one character especially when it involves an older authority vs. younger generation. Half the time I'm either getting angry with the adults for being too strict or getting annoyed with the teens for being too bratty. However Tricia's writing made me see both sides of the story and helped me to feel for both characters. Oh and there is a LOT of food mentioned in this story. Almost as much as a Mitford book! Do not read this book while you are eating, because you're going to eat almost everything in sight while reading! But the food mentioned is delicious sounding and I only wish I had a grandmother that cooked like that for me! I really love this series, it's probably THE best series that Guideposts has put out. If you haven't gotten a chance to read any of them, they are a MUST read. Tricia's additions to the series have simply been wonderful and I really like how her contemporary books have turned out. Even if you haven't read any of the other books in the series, you will enjoy this book and definitely want more! I can't wait til the next one!!!
Read more
2 people found this helpful
Helpful
Report abuse

Me
3.0 out of 5 stars heart touching
Reviewed in the United States on June 12, 2009
Don't worry if you haven't read the rest, it's easy to read this one alone! Tricia writes in an easy to read style that will keep you going!

Being from the prairies myself, I found this book very warm and full of the familiar. It will tug at your heart in more ways than one!