Everything I Know about Business and Marketing, I Learned... and millions of other books are available for Amazon Kindle. Learn more 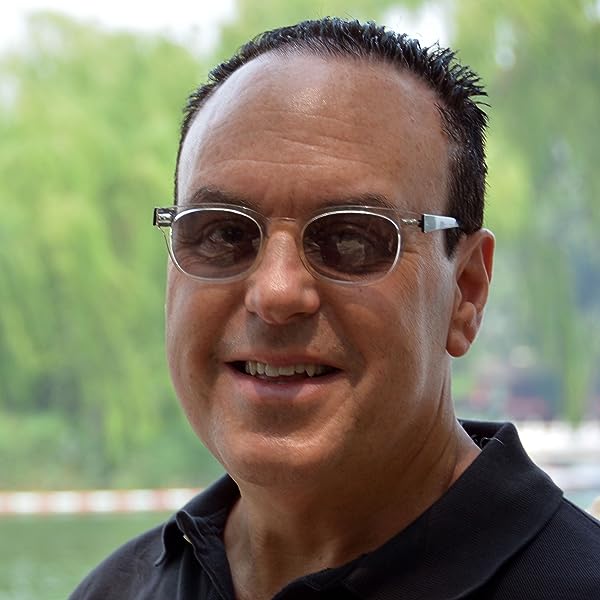 Everything I Know about Business and Marketing, I Learned from THE TOXIC AVENGER: (One Man's Journey to Hell's Kitchen and Back) Paperback – May 1, 2017

by Jeffrey W. Sass (Author), Lloyd Kaufman (Foreword)
4.8 out of 5 stars 36 ratings
See all formats and editions
Sorry, there was a problem loading this page. Try again.

While early in his career Jeff Sass was making B-movies, he has spent more recent years in the C-suite as a COO, CEO, and CMO. With a career spanning the entertainment, computer-game, mobile, and Internet worlds, he has written and produced for film and TV, and he has been a tech start-up entrepreneur. A graduate of Cornell University, Jeff Sass is a frequent speaker on entrepreneurship, mobile marketing, domain names, and social media, and has had articles appear in FORBES, ENTREPRENEUR, AdAge, and many other publications. As the father of three, he has also been a prolific “dad blogger,” participating in influencer campaigns for brands including Intel, Sony, Ford, LG, Asus, and others. Despite this seemingly successful career, Jeff Sass is happy to admit that everything he knows about business and marketing, he learned from The Toxic Avenger.
Start reading Everything I Know about Business and Marketing, I Learned... on your Kindle in under a minute.

4.8 out of 5 stars
4.8 out of 5
36 global ratings
How are ratings calculated?
To calculate the overall star rating and percentage breakdown by star, we don’t use a simple average. Instead, our system considers things like how recent a review is and if the reviewer bought the item on Amazon. It also analyzes reviews to verify trustworthiness.

Fred K.
5.0 out of 5 stars Front line lessons from the B Movie Industry.
Reviewed in the United States on May 11, 2017
Verified Purchase
The "Toxic Avenger" is a series of vignettes and life lessons by Jeff Sass, a long time marketing exec with the B-movie studio "Troma", producer of such classics as "Redneck Zombies". and "Tromeo and Juliet".

What can be learned from the B-movie industry? A lot, as it turns out. Brand consistency and predictability is important there as it is for Louis Vuiton. Jeff's stories of the Hell's Kitchen low budget studio are not only funny, they are highly transferable to other industries and environments.

Full disclosure, I know the author. I have watched him execute as a marketing pro in a highly competitive and hard-to-differentiate environment (top level domain names). But I was as surprised, as I am sure many people in the industry will be, to see this campy, in your face cover and the movie focus. I won't give away much more, but I cannot recommend this book highly enough, and I would put it up there with books like "Positioning" by Reiss and Trout if you want to really understand how marketers think.
Read more
One person found this helpful
Helpful
Report abuse

hrock05
5.0 out of 5 stars A Must Read for any Entrepreneur
Reviewed in the United States on September 10, 2020
Verified Purchase
If you want a fun to read guideline on some very important concepts that every business owner should know then I cannot recommend this book enough.
As a long time Troma fan, it was a real trip learning about what went on behind the scenes at the movie studio of some of the greatest trash classics of all time.
You will have fun learning from this book.
Read more
Helpful
Report abuse

David W. sass
5.0 out of 5 stars Toxie Marketing
Reviewed in the United States on June 7, 2017
Verified Purchase
It was a fatastic comparison of movie making and marketing. The author is a genius. It's a book book every body needs to read
Read more
2 people found this helpful
Helpful
Report abuse

B. Olson
5.0 out of 5 stars Great Story and Marketing Lessons
Reviewed in the United States on June 24, 2017
Verified Purchase
The author packs a lot of great marketing advice and examples in a little over 100-pages -- and who doesn't like the Toxic Avenger? I learned some stuff; confirmed some other things and thoroughly enjoyed the read. Jeff Sass can write and told a great story of his years with the cult classic movie studio Troma while weaving in dozens of important marketing and business lessons along the way.
Read more
One person found this helpful
Helpful
Report abuse

Esports’s Charlotte
5.0 out of 5 stars SMART BOOK MAKES YOU SMARTER
Reviewed in the United States on April 3, 2018
Verified Purchase
Awesome book, written by a great and very intelligent guy.... He still didn't say what the square root of 2 was in the book so he didn't tell you everything he knows... LOL :) Way to go Jeff.
Read more
Helpful
Report abuse

Mormo Zine
5.0 out of 5 stars Rad Troma stories and information!
Reviewed in the United States on January 29, 2018
Verified Purchase
Really rad book that tells all behind the scenes of Troma. If you are a fan you should read this book.
Read more
Helpful
Report abuse
See all reviews

Sixthcents
5.0 out of 5 stars Awesome book - great tips and solid marketing advice
Reviewed in Canada on August 23, 2019
Verified Purchase
I was very impressed with the information and have been able to apply it to my own business.
Read more
Report abuse

Cliente Amazon
5.0 out of 5 stars Really recommended
Reviewed in Spain on December 1, 2018
Verified Purchase
Very funny and whith very good advices!!!
Read more
Report abuse
See all reviews
Back to top
Get to Know Us
Make Money with Us
Amazon Payment Products
Let Us Help You
EnglishChoose a language for shopping. United StatesChoose a country/region for shopping.
© 1996-2021, Amazon.com, Inc. or its affiliates