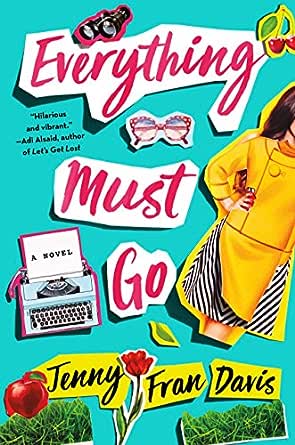 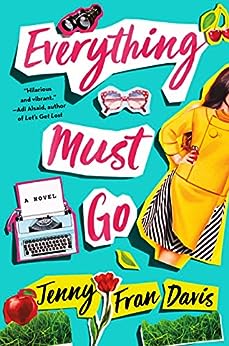 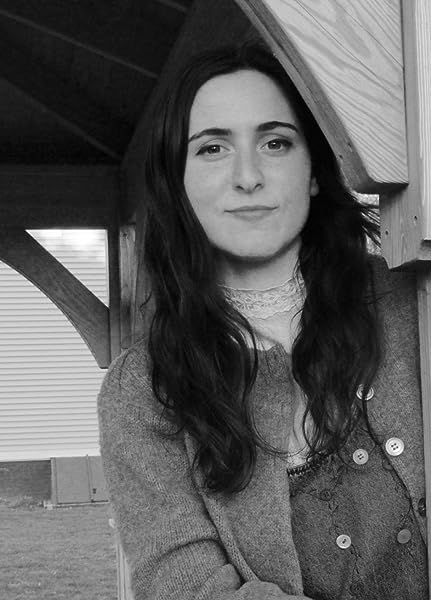 Everything Must Go: A Novel Kindle Edition

Gr 9 Up—Flora Goldwasser creates a diary that speaks to readers directly, recounting the tale of how her brief relationship with an older man (a college-age tutor) not only turned her into a social media darling but also into the kind of lovesick teenager who would move to his alma mater because she thought it would bring him back to her. Flora poses for Elijah, never dreaming that her devotion to and knowledge of vintage fashion will bring her a cult following. Flora remains loyal to Elijah long after she starts her junior year at Quare, an exclusive school with only 16 students per year. Quare cultivates an environment that is intended to encourage student inclusivity; this includes shunning any discussion of privilege or "shell speak" about superficial looks or things that cannot be changed. Flora initially struggles to fit in given her feelings and propensity toward fashion and material goods. She slowly begins to make a place in Guild, the school's drama group, where she is able to turn her anger into a project for school when Elijah leaves her the day after they have sex. Her friendships, both new and old, and her strong ties with her family are well-portrayed. Told via letters, emails, and journal entries, this book insightfully handles a problematic relationship and presents a flawed, intelligent, and well-crafted protagonist. VERDICT A good choice for public and high school libraries.—Betsy Fraser, Calgary Public Library, Canada --This text refers to the hardcover edition.

"A hilarious and vibrant voice that leaps from the page, delivering a nuanced and immersive reading experience." ―Adi Alsaid, author of Let's Get Lost and Somewhere Over the Sun

"Flora is truly one of a kind, and her story celebrates all the awkward, brilliant confusion of being young. Warm and hilarious and genuine―I’ve never read anything quite like it." ―Amy Zhang, author of This is Where The World Ends and Falling Into Place

“It’s magic to find such levels of bracing intelligence and vulnerable warmth in one book. Hilarious, incisive, and light on its feet, Everything Must Go is a treat for anyone who’s ever gone to great lengths to belong.” ―Eliot Schrefer, author of National Book Award Finalists Endangered and Threatened

"Clever, funny, self-deprecating (in the best of ways), and decidedly, fashionably feminist, Flora is a heroine for girls with a longing for romance, an affinity for the intellectual and the old-fashioned, and a particular flair for the dramatic. Flora is for all of us, in other words! And Davis, her creator, absolutely hilarious. Not to be missed!" ―Donna Freitas, author of Unplugged and The Body Market

Jenny Fran Davis was born in Manhattan and spent four months avoiding (but later embracing) millet mountains in a peace- and justice-focused Quaker community in northern California. Fond of big dogs, doo-wop, and Judy Blume, she attended the Chapin School and is currently an undergraduate at Wesleyan University. Everything Must Go is her debut novel. --This text refers to the audioCD edition.
Read more

NerdNarration
2.0 out of 5 stars Tons of potential, but not for me
Reviewed in the United States on July 10, 2019
UNPOPULAR OPINION ALERT :

First and foremost, I do want to thank St. Martin’s Press for providing me with an e-ARC of this book in exchange for an honest review. This book has been sitting on the back burner for too dang long and I do sincerely apologize for my delay in review.

With that being said, I'm sorry to report that this novel just did not work for me. And I tried, y'all. I read every last page before making my decision, but I just didn't click with this story, its characters, or its content.

I was initially lulled in by that bright and fantastic cover, because honestly who wouldn't be? And I loved the idea of a feminist novel targeted at teens that preaches self love and acceptance. Unfortunately, I didn't leave this book feeling empowered or inspired.

This story centers on our MC, Flora (read: a younger, vintage-obsessed version of Serena van der Woodsen, imo obviously), who leaves her ritzy all-girls school in NYC to attend an elite Quaker social justice school in order to follow the guy she loves. Plot twist? After being accepted to this new arts school she finds out the guy of her dreams won't actually be attending. Now enrolled at this new school (with a class of 32 students), Flora is forced to embrace new identities, ideologies, and ways of interacting with the world and her peers. Example: The campus forbids "shell speak" which is any commentary on a person's shell (body, looks, clothing, etc) so that you're forced to dig deeper and get to know them. A concept I actually thought was pretty cool despite the fact that our protagonist continues to use it until the VERY END of the novel. Even when she's judging people for being "hollow" and using "shell speak" against her she continues to prattle on about their looks/value system.

Now before this gets ranty, don't get me wrong, this novel is NOT all bad. It featured a ton of diversity, a protagonist that frequently checks her privilege, PLATONIC love (can I get an amen??), and truly intelligent writing -- especially within the progress reports/literary critique portions of the novel.

HOWEVER, my biggest problem with this novel is that those deep, interesting, enlightened portions aren't expanded or explored. It's not enough to just throw out the questions (via professor's feedback on her papers) or have a one-off line about a p.c. identity without exploring those concepts deeper. As the author is clearly well versed on these topics, I personally would have loved for more of the 400+ pages to be devoted to those types of discussions rather than consistent pining over an emotionally unavailable teenage boy.

At the end of the day, it's evident that Jenny Fran Davis is a smart and in-the-now writer whose work lands with a majority of readers. Just because this wasn't my cup of tea, doesn't mean it wouldn't be a great way to spend your afternoon.

Kathy @ Books and Munches
3.0 out of 5 stars Promising, but lacking in execution..
Reviewed in the United States on October 7, 2017
The first thing that intrigued me about this novel, was the fact that Flora’s already in love. Most stories focus on the love story, instead this is a novel that promises to give you something else, something more unique.
Add to that the out-of-the-ordinary format of letters, emails and journal entries… Well, it looked promising!

At about 25% in the novel I started to get doubts. Flora felt very focused on the way she looks and I still didn’t get a lot of details on her life at Quare. Certain events are laid out, but it all feels very detached, even though you’re reading parts of her journal – but mostly emails that have been send back and forth between Flora, her friends and her sister.

But then the turn-around came and I started liking Everything Must Go. Actually. Started. Liking. It. Flora turns out to be the funny feminist and, even though I couldn’t really connect with her, I didn’t feel like it was essential to love this story.
This novel is unique in the way that Flora has already fallen in love and she needs to find her way coping with that love. By going to Quare – somewhere a materialistic person doesn’t really ‘fit in’ – she takes on multiple battles at once.
She has to fight to keep on to hope, love and, in a way, even friendship. She has to find her place in a little tight-knit community where standards are… Well, completely different than the standards she lives by.

Even though the feminist-aspect in this novel is clearly portrayed, it was the “no shell-speak” rule at Quare that grabbed me most. Really, that rule should be present everywhere.
At Quare, the students are practically forbidden – but not really – to comment on the appearances of their fellow peers in any way. You have to ignore the “shell”, focusing solely on the inner beauty of everyone around you. If you’re to give a compliment, compliment someone on their creativity, their way of thinking, but not on their hair, clothes, jewelry.
This idea, this rule. This is what I’ll remember about this novel. No more shell-speak.

The big negative for me, though, is the format. Expecting to love it, I ended up disliking it quite a bit. Even though it was a fun way of reading, I have to say that I might’ve connected with Flora more if this book was written as a diary, instead of the compilation of journal entries and e-mails. The odd e-mail could’ve been added, of course. But the main gist should’ve been Flora’s journal.
The main reason, except for connecting more? Flora’s mails often feel as if it’s supposed to be “just” prose instead of an e-mail. I can’t imagine ever writing someone an e-mail in which I’m quoting whole conversations, all details included. I would, however, write those things in a diary.

I’m giving this novel 3 / 5, considering it’s very promising and I enjoyed it, but the execution could’ve been better.

I received an eARC of this novel. All opinions in this review are entirely my own. I'm not being compensated in any way.
Read more
2 people found this helpful
Helpful
Report abuse
See all reviews