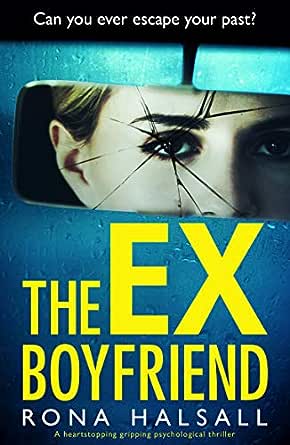 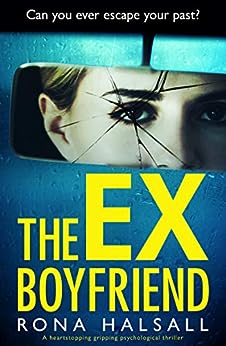 4.2 out of 5 stars
4.2 out of 5
355 global ratings
How are ratings calculated?
To calculate the overall star rating and percentage breakdown by star, we don’t use a simple average. Instead, our system considers things like how recent a review is and if the reviewer bought the item on Amazon. It also analyzes reviews to verify trustworthiness.
Top reviews

Rubye Montgomery
5.0 out of 5 stars A can't put down book!
Reviewed in the United States on October 3, 2020
Verified Purchase
I loved this book and read it in one sitting! It instantly captured my attention and had several twists and turns. If you like love stories, crime stories, family relationships, and suspense, you will love this book!
Read more
5 people found this helpful
Helpful
Comment Report abuse

helen hamilton
5.0 out of 5 stars The ex boyfriend
Reviewed in the United States on October 13, 2020
Verified Purchase
A very good read. A story about a young girl who falls in love with a wanderlust. She goes hone and they drift apart. She then gets pregnant with someone else that she marries. In time her marriage falls apart and everyone is after her thinking she was abusive to her daughter. You will like the ending.
Read more
One person found this helpful
Helpful
Comment Report abuse

Pheadra Farah
2.0 out of 5 stars Family Saga
Reviewed in the United States on October 7, 2020
Verified Purchase
Yet another book described in its blurb as gripping but is nothing more than a lame, dysfunctional family saga. Nothing about the story was gripping and the happy ending was frankly ridiculous. This is a pity as the story touched on Munchausen syndrome which deserves more publicity.
2 and a half stars.

Bootsy
5.0 out of 5 stars Outstanding
Reviewed in the United States on October 14, 2020
Verified Purchase
I absolutely loved this story so filled with twists and turns that had me questioning every moment. A good read.
Read more
One person found this helpful
Helpful
Comment Report abuse

Kindle Customer
5.0 out of 5 stars Brilliant
Reviewed in the United States on October 22, 2020
Verified Purchase
WOW!!! I loved this book, it draws you in with the family. Secrets come out you never expect. Hope you enjoy this book as much as I did . Thanks Rona for an awesome read.
Read more
Helpful
Comment Report abuse

Barb/Moonlight
5.0 out of 5 stars Suspenseful Thriller
Reviewed in the United States on October 20, 2020
Verified Purchase
I liked the story and it had a great ending
Read more
Helpful
Comment Report abuse

C. Yamagata
5.0 out of 5 stars Gripping!
Reviewed in the United States on September 30, 2020
The Ex-Boyfriend is my very first Rona Halsall novel and boy it got my attention. So much so, that I read the book in a single day. A first single day read for me. I just couldn't put it down.

Mia is the three year old daughter of Becca and Dean Thornton. Mia is being poisoned and the suspect of Mia's poisoning is Becca. Becca is a nurse, so how can that be? Coincidentally, the poisoning started when Becca's ex-boyfriend, Conner, starts tweeting messages to her in an attempt to reconnect. Maybe it is Becca, being that she is stuck in a not so happy marriage.

A gripping 5 stars for an unputdownable read. I will definitely keep Rona Halsall on my radar.

I received a digital ARC from Bookouture through NetGalley. The review herein is completely my own and contains my honest thoughts and opinions.
Read more
5 people found this helpful
Helpful
Comment Report abuse
See all reviews

TeresaNik
4.0 out of 5 stars Intriguing read!
Reviewed in the United Kingdom on September 29, 2020
Verified Purchase
Becca is a district nurse, wife to Dean and mother to three year old Mia, Dean is a workaholic, she's struggling with her stressful job, looking after Mia and tending to her elderly father who has never got over the loss of his wife, Becca's mom. Ten years ago Becca returned home from Australia, leaving behind Connor, a man who adored her but wasn't the settling down type, she promised she would return but never did. Now she receives a message from Connor on social media, he wants to get in touch, she's tempted and it makes her question her life now, is she happy? There's no doubt she adores Mia and would do anything to protect her, and being friends with someone on the other side of the world wouldn't hurt would it? Then Mia starts getting ill and nobody seems to know why, until all fingers point towards Becca, and she realises her past is coming back to haunt her.

This is the third book I've read by this author and once again she got me hooked, Halsall drip feeds the plot to her readers slowly like a spider draws prey into its web, constantly encouraging you to believe you've worked out what's going on, then throws a curveball, sending you off in a completely different direction, I was convinced on a number of occasions that I knew who the culprit was but no, she wasn't having any of that was she, and off I went again, back to square one, but that final twist was where my chin hit the floor, I did not see that coming! The characters are well written, some likeable, others not so, and it's a very authentic plot with a great ending. If you like a thriller that surrounds you with intrigue and twists, you'll love this one.
Read more
6 people found this helpful
Report abuse

Becca left her first love Connor, ten years ago in Australia, now she’s married with a three year old daughter living in North Wales. Out of nowhere he turns back up on social media and they start talking and reminiscing. However Becca isn’t as happy as it seems from the outside with a stressful job, her husband is neglecting her, her dad is needing extra support and her daughter Mia starts to get a mystery illness. Should Becca reply and will her past catch up with her?

This is a great page turning domestic thriller with a great few twists. The first I’ve read from Rona Halsall and definitely won’t be the last.
It’s set around Becca who had a bit of complicated past and trying to live a quiet life but all the secrets keep coming out and her life unraveling. She has a close support network but each are questionable throughout the story. A definitely recommended thriller.
Read more
Report abuse

Miriam
5.0 out of 5 stars Difficult to leave down.
Reviewed in the United Kingdom on September 30, 2020
Verified Purchase
Rona Halsall has become one of my favourite authors and when I saw this on Netgalley, I just had to request it as I have preordered it but couldn't wait to read it and as usual it didn't disappoint. The story gripped me from the start and nothing seems to be as it should, Becca seems to be happily married until her past comes back to ruin her life. As I said it's a brilliant read and I would like to thank the publishers and netgalley for letting me have the book to review and the opinions expressed are entirely my own views and are completely unbiased
Read more
Report abuse

The Cat's Mother
4.0 out of 5 stars An enjoyable read but don't over think it
Reviewed in the United Kingdom on October 20, 2020
Verified Purchase
When I read loads of reviews that state you won’t believe the twist at the end or guess the outcome, I always try to think of the most unlikely suspect and in this case I was right. I’m still a little confused as to the ‘why’ on a few aspects which didn’t seem likely, but I can’t say more without giving spoilers! Overall, I enjoyed this book, it’s an easy book to get engrossed in, and I will certainly read more from this author. Oh, and I’ve learnt that the Welsh drink gallons of tea!!
Read more
Report abuse

Louise Drinkwater
5.0 out of 5 stars A superb Book as usual from an excellent author
Reviewed in the United Kingdom on October 27, 2020
Verified Purchase
I have had the pleasure to read all the books written by Rona Halsall and look forward to her next one,
she has a gripping style of her own, and it is easy to get absorbed, it is almost a shame when you get to the end. I have read many authors over time, but I have to say that I have thoroughly enjoyed all her books and will always be on the look out for the next one.
Read more
Report abuse
See all reviews