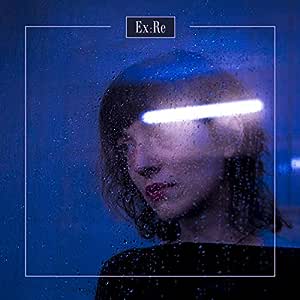 Ex:re Format: Audio CD
4.6 out of 5 stars 94 ratings
See all 5 formats and editions Hide other formats and editions
Includes FREE MP3 version of this album.&nbspProvided by Amazon Digital Services LLC. Terms and Conditions. Does not apply to gift orders.&nbspComplete your purchase to save the MP3 version to your music library.
Available at a lower price from other sellers that may not offer free Prime shipping.

Elena Tonra, guitarist, vocalist and lyricist of Daughter, has announced details of a solo project.

Running parallel to Daughter, she’s assumed the pseudonym Ex:Re (pronounced ex ray) for her eponymously-titled debut solo album, a deeply personal record that was made with both a sense of urgency and a cathartic need. Just finished, it’s being released with equal speed and will be out digitally on 30th November

Tonra’s candid solo songs document the time after a relationship ended and are written like unsent letters to herself and others. Taking on a creative moniker, she chose Ex:Re to mean ‘regarding ex’ and also ‘X-Ray’ as a way to look inside and see what is really there. Writing took a year but the recording process lasted mere months, turning to Fabian Prynn (4AD’s in-house engineer and producer) and composer Josephine Stephenson on cello to help bring Ex:Re to life.

Elena said of the album, “Although the record is written for someone, a lot of the time it’s about the space without that person in it. In every scenario, there's either the person in memory or the noticeable absence of that person in the present moment. I suppose it is a break-up record, however I do not talk about the relationship at all, and he hardly features in the scenes. He is only felt as a ghostly presence.”

The first single to be taken from Ex:Re is ‘Romance’. An ambient song for the dancefloor, its accompanying video (directed by Antonia Luxem) is appropriately set in a club, following Tonra lost in motion.