You've subscribed to The Portal Justicars! We will preorder your items within 24 hours of when they become available. When new books are released, we'll charge your default payment method for the lowest price available during the pre-order period.
Update your device or payment method, cancel individual pre-orders or your subscription at
Your Memberships & Subscriptions
There was an error. We were unable to process your subscription due to an error. Please refresh and try again. 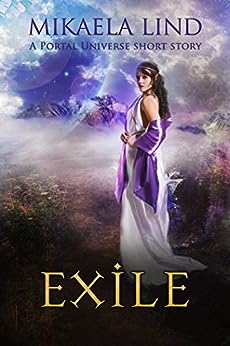 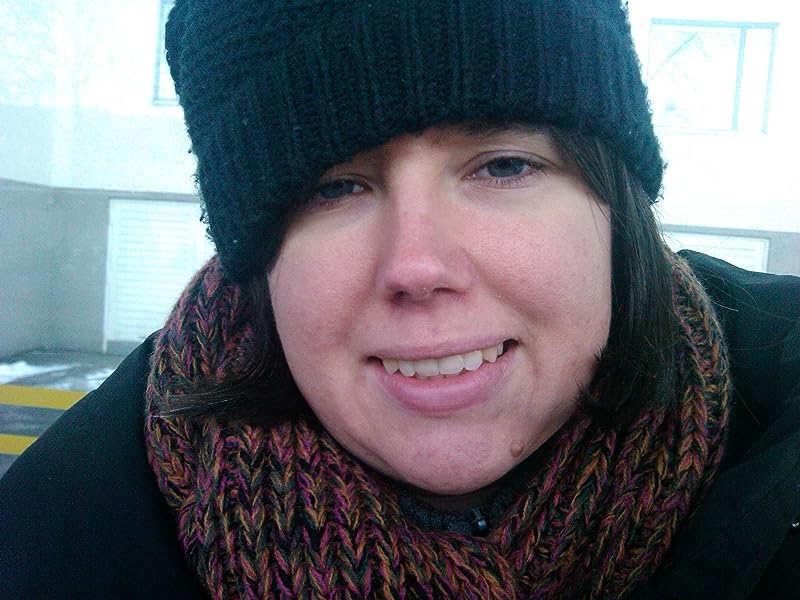 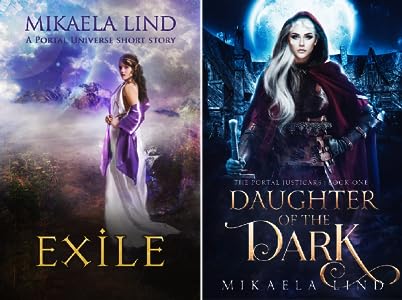 Lord Froylan's fan
3.0 out of 5 stars Good story but it seems like a 1st draft.
Reviewed in the United States on December 16, 2017
I got an ARC copy via Instafreebie.

This short story felt like a first draft rather than a full-fledged short story which is unfortunate because I liked some aspects of the plot and the underlying world setting.

Gwyneth is a Dhurian which is some sort of race with pointy ears that live long lives but are not elves as such. Actually, the book doesn't really explain much about what they are except that they tend to have dark hair. Gwyneth's 150th birthday is fast approaching which is when she will become a legal adult and she has already chosen that she doesn't want to become a Moon Priestess like her mother. She finds the dull scrolls to be archaic and all of her mentors would have kicked her out of the academy ages ago if it weren't because her mother is a high ranking priestess of the order who is forcing her daughter to perform the vows the day before her birthday to maintain her family's social status.

Realizing that her only hopes of thwarting her mother's plan is to flee the kingdom, her tutor oddly enough will attempt to help her flee by lying to her mother that she should enter the vampire controlled realm of Ahira to visit a sacred temple. The high priestess grudgingly accepts and Gwyneth passes the portal to this world.

We don't get to appreciate Ahira very well, the book doesn't really give any description that makes it stand out. It seems like humans choose to live here under vampiric rule but we never see if vampires roam the streets at night (okay, it seems like when Gwyneth leaves the portal at midday, some vampires were lining up in the city's portal to go somewhere. I would like to assume these vampires have modified their environment that allows them to walk in the sunlight but the book doesn't specify anything).

For some unexplained reason, Gwyneth has barely been in this city for a few hours and her mother has already asked the city council to post a ransom for her rescue. I didn't understand the purpose of this. Her mother accepted (albeit only verbally) for her to accompany her tutor to the portal to visit this city to visit a temple. Why would she change her mind in the span of just a few hours? Was it because Gwyneth purposely didn't follow the directions to the temple? The book doesn't really explain this which would be pivotal for having a sense of urgency. Gwyneth just acts all dazed at arriving in a large city and spends her first night in some sort of backpacker hostel.

This part of the story felt like it needed serious editing. The story seems to go at a standstill as Gwyneth feels somewhat worried that for some unexplained reason, her mother would bring her back home and yet it spends a long time explaining her rabbit stew. At only 33 pages, the book can be read in less than 15 minutes and having 10% of the story dedicated to some mundane filler instead of explaining the important drive of the story of fleeing seemed kind of odd to me.

The next morning, a reward has been announced for Gwyneth's capture and she oddly enough manages to flee the city absurdly easily even though she never bothered to purchase insconspicuous clothes (she is always wearing religious garb that makes her stick out like a sore thumb which seems to be sort of dumb considering she is a wanted woman). She easily manages to reach a small village that was according to some backstory, this is where the tutor told her to go (the scene where this seemingly important discussion occurs is never shown) and she meets Arwel, a person of her race (albeit for some unexplained reason, she thinks he might not be a purebreed).

She uses a fake name to introduce herself in the hopes he would give her a job while she makes her mind on what to do in this world. Moments later, the soldiers show up demanding him to hand her to them but he refuses refutting apprenticeship laws. He offers Gwyneth the chance to escape her mother's clutches if she agrees to become his apprentice to become a sort of courier.

And then, that is pretty much it. Insufficient backstory, lots of filler that I skimmed through out of boredom and most of the important things about the story were sadly left to the side. The writing at parts seemed ok at least in the beginning, but the middle was both flat and felt like a draft. I almost felt tempted to give it 2 stars, but the book has some good merits and along them was that I found the premise to be rather interesting. I think it would have shone a lot more if it had been expanded into a full fledged novella that explained what was sadly left out.
Read more
Helpful
Report abuse
See all reviews
Back to top
Get to Know Us
Make Money with Us
Amazon Payment Products
Let Us Help You
EnglishChoose a language for shopping. United StatesChoose a country/region for shopping.
© 1996-2021, Amazon.com, Inc. or its affiliates