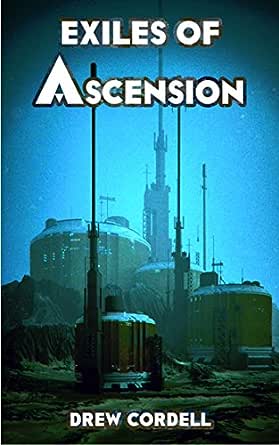 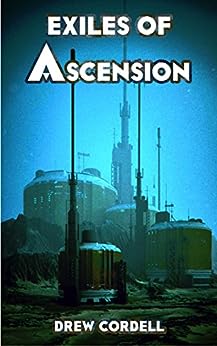 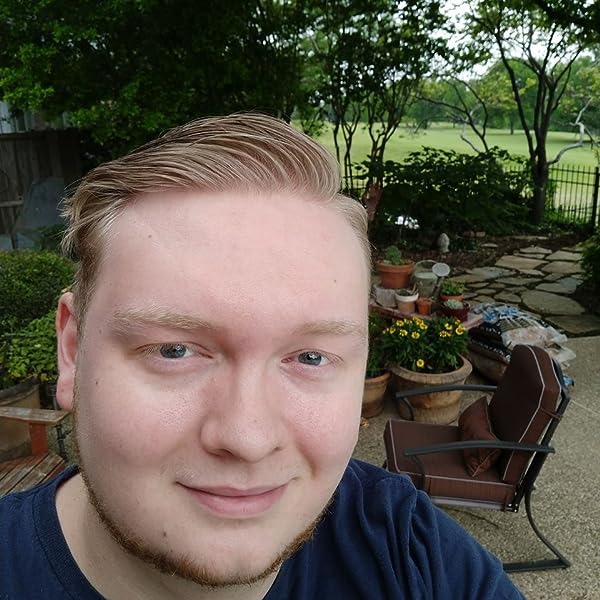 ★★★★★ This book kept my interest. From beginning to end. - kbgibs
★★★★★ This was a quick yet fun book to read. I'm always waiting for the next book from Drew Cordell to come out. - Paula S. Persall
★★★★ There's no messing around in this novella from Drew Cordell - the action comes at you right from the start faster than the deadly missile that's launched at the crew of the International Space Station who form the cast of the piece. - Stephen Hunt
★★★★ It's the mystery that makes it fun as hell. :) - Brad Horner, Goodreads Top Reviewer
--This text refers to the paperback edition.

episodes16-20
4.0 out of 5 stars What is it all about
Reviewed in the United States on July 13, 2020
Verified Purchase
A good book and, a strong line to read
Read more
Helpful
Comment Report abuse

Shane
4.0 out of 5 stars Like a good prequel novella
Reviewed in the United States on May 25, 2017
Earth has been laid to ruin, but that is not the story. A handful of survivors on have thrived on the International Space Station for nearly eighty years, until they decrypt a strange signal. Can Nick and company escape the remains of their home before it falls from orbit? I won’t tell! Read this novella for yourself.

Like a good prequel novella, Exiles of Ascension tells a complete story that gives a glimpse into the larger series Cordell has begun.
Cordell’s time table, from a hard scifi perspective, for moon and Mars colonies within the next twenty years is interesting. I know Elon Musk and others are already working out plans to put a colony on our rusty neighbor. Is it possible? I think so. Then again, Biosphere 2 near Tucson Arizona is the only experiment I know about that attempted to emulate a closed ecosystem that could support life. Growing up in Arizona in the 90s, I visited the facility on a school field trip. It was the cornerstone for the space craft I wrote about in my first novel, but I digress.

Could we put closed, sustainable ecosystems on the moon and Mars within the next twenty years? I can’t wait to find out. Lucky for Cordell’s characters, his answer is yes.

It would be a lonely job to be among the handful of colonists on another planet (or moon), but to then watch Earth’s destruction? That is an interesting place to launch a scifi series!

I received a free copy in exchange for a review. Any review. That fact that it’s a good one is because the book is good. Which has nothing to do with how awesome I am. You’ll have to find that out for yourself @S_Shane_Thomas on Twitter.

This was a great little introduction to Cordell’s Absolute Knowledge series. If I ever dig myself out of my current TBR, I’ll press on into the novels!

Stephen Hunt
4.0 out of 5 stars Fast-moving action and a great scene setter
Reviewed in the United States on June 20, 2017
There's no messing around in this novella from Drew Cordell - the action comes at you right from the start faster than the deadly missile that's launched at the crew of the International Space Station who form the cast of the piece.
Now, first off, you should know this is a prequel novella that serves as a lead-in to Cordell's novel series, so if you're expecting everything to be neatly wrapped up by the time you read The End, then this isn't the place to look. Rather, this serves to introduce the world of the series, highlight its dangers and keep your pulse pounding.
There are explosions aplenty, some bad choices that leave characters facing the most perilous of consequences, and questions that linger after the finish of the book.
I wish it perhaps had answered one or two of those questions within these pages - but heck, leaving me wanting more is exactly what a prequel novella should do. I should get on with reading the follow-up!
Read more
One person found this helpful
Helpful
Comment Report abuse

arctunn
4.0 out of 5 stars Great space action, better world-building for the rest of the series. :)
Reviewed in the United States on April 8, 2017
I've been getting into the Absolute Knowledge series quite a bit, but is it a far stretch to say that I've been loving the prequels a slight bit more? Probably not, but here's the reason: I love world-building.

I'm hooked for world-building, and this piece sets up an entire realm that has remained outside of the events that have transformed the Earth... outer space! :) No major AI to stand over their shoulders. In fact, it feels more like I'm being set up for even greater things to come.

This short piece is good and it has cool action and events, but I'll be honest... if it wasn't for the fact that it's all tied to the rest of the series, in context, it probably wouldn't feel that special.

It's the mystery that makes it fun as hell. :)
Read more
One person found this helpful
Helpful
Comment Report abuse

Helen V.
5.0 out of 5 stars Read First
Reviewed in the United States on February 7, 2018
Although it's a stand alone book, it's a good idea to read this book before the Absolute series. It give some insight into the Ascendants and how they came to be
Read more
Helpful
Comment Report abuse

Paula S. Persall
5.0 out of 5 stars Good Read
Reviewed in the United States on September 12, 2017
This was a quick yet fun book to read. I'm always waiting for the next book from Drew Cordell to come out.
Read more
One person found this helpful
Helpful
Comment Report abuse
See all reviews

Rodney Simpson
5.0 out of 5 stars Very intruiging
Reviewed in Canada on February 22, 2018
Verified Purchase
Very intriguing because so much is left unexplained and not for the usual "let's prep for the sequel" reason but because the story does not need it. I love books like this because I will always be left wanting to know what happened to the pilot. Why didn't she make it. Great book.
Read more
Report abuse
See all reviews