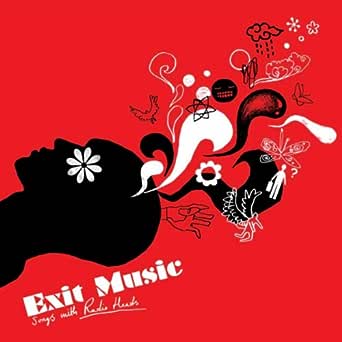 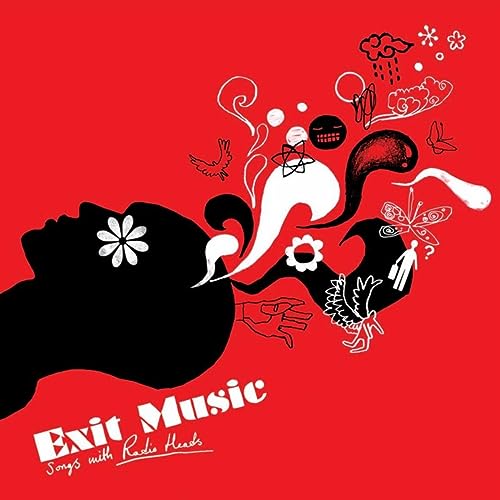 Alan Smithee
4.0 out of 5 stars Worth it for one track...
Reviewed in the United States on April 21, 2006
Verified Purchase
This is not really a full album review. I've just been listening to this for a day or so and I feel like there is one track here that is so worthy of praise that I'd buy the album twice for it. I know Radiohead and tend to agree that covers of their tracks just don't cut it usually. Whatever essence allows Radiohead to get away with the amazing musical turns they create are usually left way beind in the distillation process - and you're left with a hollow shell that only generates desire to hear the original. No so *at all* with track #5, the cover for "Just". I think this is just amazing. This is a horn rendition of this song that simply rocks. It has all the originial desire to tap your steering wheel and play air guitar - er, air horns. The power shines through this interpretation by Mark Ronson (featuring Alex Greenwald). If you're a true Radiohead this one is worth the price of admission by far. I am still searching for another solid track on this one and most of the others so far are coming up hollow as usual. But for "Just" I just have to recommend this one anyway -- I think it's well worth it.
Read more
2 people found this helpful
Helpful
Comment Report abuse

C. W. Hall
3.0 out of 5 stars Mixed reviews
Reviewed in the United States on January 25, 2008
Exit Music is a reworking of songs from the Radiohead catalog. Matthew Herbert, Sa-Ra, RJD2, Osunlade, Shawn Lee, and Bilal are among the people invited to contribute to the project. I'm not extensively familiar with Radiohead's music so I tried to defer the details of this review to my son's mother who is a fan. Her assessment consists of the following quote: "Some of it's good. Some of it's not. I still like the originals better."

That's all I could get out of her, so I went back to the drawing board and decided to tell you what I thought of these songs without comparison to the originals. After going through the record again, I came back to what she said. Some of it's good. Some of it's not.

The lead single is Mark Ronson's version of "Just." It's a good decision as Ronson delivers a big rolling track punctuated by nice horns and a prominent rhythm guitar. Alex Greenwald comes through with a nice straightforward vocal turn and the one Radiohead song I'm familiar with off this album gets nicely retuned.

Matthew Herbert had a pleasant surprise for me on "(Nice Dream)" in the form of Mara Carlyle. Some of you may be familiar with her since further research showed me she's had some other material out, but I was not. As my good friend Applejac says of Minnie Ripperton, Mara Carlyle's voice to me is "like hearing an angel sing." Matthew Herbert knew what he was doing because his production is a study in unobtrusive minimalism. It's like he was trying to stay out of Carlyle's way and I thank him for it.

Sa-Ra gets the nostalgia nod for their skating rink era version of "In Limbo." It's the skate jam done well. Made me want to go looking for my copy of "No Parking on the Dancefloor."

Pete Kuzma's production on "High & Dry" made me write down "Radiohead meets Marvin Gaye." His choice of Bilal for the vocals takes the version a bit further down that path. Bilal glides right along with the track's mood, making the better choice of a restrained approach rather than flexing his chops.

The Bad Plus do a beautiful acoustic version of "Karma Police" that bordered on free jazz.

Finally we get to Osunlade and his take on "Everything In Its Right Place." If a place could make its own music, Africa would make songs that sound like Osunlade. Here, Osunlade does what he always does. He takes the source material right back to the rhythmic heritage of Africa and keeps it there. A truly masterful reworking if there has ever been one.

There were some low points. Shawn Lee made a fairly dull pop song out of "No Surprises" and RJD2's noise creation did little to inspire on "Airbag." But overall, I think there are more highlights here than not. Now you'll have to excuse me. Admitting I didn't know a lot of Radiohead has sentenced me to a listening session.

Young Music Reviewer
3.0 out of 5 stars Various Artists: Exit Music with Radio Heads (Rapster)
Reviewed in the United States on April 18, 2006
Fame has its advantages and disadvantages, really. One idea of fame that is good is that you get to inspire everyone to create good music. After all, Radiohead influenced everyone with good albums, and made everyone feel their pain. The downside sometimes is running into multiple tribute albums from Christopher Riley, electronic tributes, and, well, this one. The truth is you can't quite possibly win with tribute albums to the band because some may look at it as another scheme to give the artists on there exposure. After all, does Radiohead really need anything other than their music played in rotation in an art museum? I suppose so, but this is one of the exact prices you pay for being world famous.

The album covers mostly their recognizable songs. None of them are from the first album Pablo Honey or Hail to the Thief. Starting off is a cover of one of THE best songs from Radiohead "No Surprises" covered by Shawn Lee. The cover is nice enough, but will not convince anyone to listen. As depressing and beautiful as the original is, this just ruins it a bit. Some will just say it is a major misstep, trying to create a lush reggae cover to the lullaby-like "No Surprises". The same with the originally effective "Just", covered by Mark Ronson and Alex Greenwald, which sounds like a cover by another Gorillaz-like band on Quango. From here you are wondering if Radiohead songs are really meant to be altered for block parties or those with more music than just the effective rock genre. Rjd2 tries to create a new electronic version of OK Computer's "Airbag". One in which sounds like a new DJ Shadow project than a cover. The trip-hop "(Nice Dream)" is being covered by Matthew Herbert featuring Mara Carlyle in a way where you know that they plan to stay inside the lines when covering alternative immortals. The music carries just as much of the feeling when you walk into a dark forest.

Songs like "Morning Bell" is a song nobody could really win at trying to cover. After all, there are two versions of them (Kid A and Amnesiac) and the original is much more resonating. With The Randy Watson featuring Donn, the music sounds more like they are trying to send you into a deep sleep than to start off anyone's morning musically. It is one of the most boring covers in the Kid A Category. At least, until the drums kick in. "In Limbo" covered by Sa-Ra and the SA-RA All Stars are also one of the most different covers, yet one easy to skip because it is like Death in Vegas trying to cover TV On The Radio. "High and Dry", covered by Pete Kuzma and soul singer Bilal takes the music to a more soulful level. You guys would beat me for saying this, but Bilal's "High and Dry" is really an excellent cover in the album. (No surprise. Anyone could cover "High and Dry" and sound convincing as Thom Yorke when he did it.)

The Bad Plus "Karma Police" starts off pretty boring only because nobody's actually singing the song. Their cover of "Karma Police" is entirely instrumental, and it sounds like Tortoise was originally taking a swing at that same approach. They are also trying to put a little more emotion in "Karma" by twitting piano as a score, and finally coming from behind those curtains for a more audible impersonation of "I lost myself". Most of you will end up skipping this, even if I told you it was good, because some of the messy drumming and piano pounding in between tries will probably get on your nerves. One of the anticipated covers Sia "Paranoid Android" is actually where the first thing that come out of your mouth is: this really could have been a lot better. The cover sounds like a catholic version, going way out of the lines. Plus, it sounds like her voice wasn't quite made for a song like that. After that, Osunlade featuring Erro creates a more upbeat version of "Everything in its Right Place". "Everything" sounds like a afro-centric version, which may not sit well with those who enjoyed the original for it's fair amount of subtlety.

Those listening to Me'Shell Ndegeocello's cover of "The National Anthem" will instead be thinking "Does she even listen to Radiohead?" than enjoying the fair change. The truth is I wouldn't enjoy this too much, because I have always been one to skip the original one. Waajeed from Platinum Pied Pipers decided to cover "Knives Out", which is not the best choice, either. I shouldn't quite explain the dreamy cover by the The Cinematic Orchestra of "Exit Music (For A Film)". After this, half of you may be asking what they were thinking. Well, look at the bright side. They didn't make an attempt at covering "Motion Picture Soundtrack".

Half of you will enjoy a whole new style of Radiohead covers. Me? I'm in the mood to just say this: The album really shows a clear devotion to Radiohead by seeing what it is like to hear Radiohead in a few genres. The whole point of covering may be to make another version of someone else's song. But as fun as this record may seem, you should know how awkward it is to hear "Just" at a block party, "Everything In Its Right Place" at a rave, "Paranoid Android" in church or "High and Dry" in the ghetto streets.