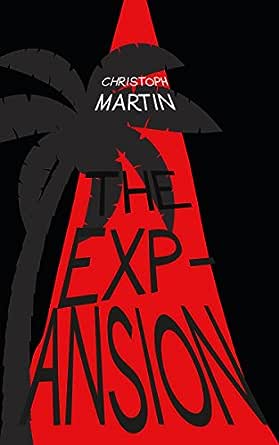 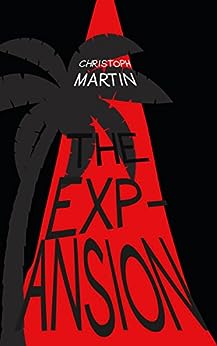 4.2 out of 5 stars
4.2 out of 5
78 global ratings
How are ratings calculated?
To calculate the overall star rating and percentage breakdown by star, we don’t use a simple average. Instead, our system considers things like how recent a review is and if the reviewer bought the item on Amazon. It also analyzes reviews to verify trustworthiness.
Top reviews

Kindle Customer
5.0 out of 5 stars Unputdownable
Reviewed in the United States on June 10, 2017
Verified Purchase
In reading the Expansion I realized that I was delving into a debut novel about the Panama Canal and Central America, an area that I had very little knowledge of, but was aware of the historical importance and the part the canal played in international politics in the 20th century. Getting into the book was a little slow as the characters were being developed. I was initially put off by the basic profanity wondering what effective part it played other than shock value, in the plot development. As I got into the lives of the characters, the book took off into a fascinating mixture action and intrigue. You get a bit of everything after a turn toward the CIA training and missions. The initial profanity now made sense.
I couldn’t put it down. I was fully into the characters and the action of the story. This is not a good start, but a great start for a debut. I want more.

This is a story about Max, who was offered a big opportunity that he couldn’t let go; instead, he gave up everything just to grab it. But, in return, he was put on a big problem, and he only trusted Karis, a woman that hides something dangerous.

The Expansion was one of those thriller books that were entertaining until the end. The politics, the power, the betrayal, the lies, the secrets, the characters, the plot, and almost everything were great except for some things that somehow bothered me.

This novel didn’t just entertain me, but it also let me join Max on his journey. The way it was written was also good except on the first few parts, which were a little slow for me. But, those parts were not really bad because it was a back-story about Max, his life before he accepted the project offered to him.

The characters were enjoyable to meet even if there was a time when I am confused about the characters that were being introduced. You will like and hate some characters too. I am just glad that the main characters are developing during the story.

All in all, this is a good read. I am recommending this if you want to read some thrillers that also talks about politics, engineering, and more.

Disclaimer: I received a readers copy from Clink Street Publishing.

Kathleen Kelly
3.0 out of 5 stars Good Book!
Reviewed in the United States on March 16, 2019
Verified Purchase
The Expansion by Cristoph Martin is a story about an expansion of the Panama Canal. The theory for the expansion is that the canal can not accommodate larger ships. The story starts in Switzerland 1993, where Max Burns and Godfredo Roco, good friends are in school when Max gets the news that is parents were killed in a plane crash.

Fast forward to 2008, where Max is set to go to work for his girlfriend, Sarah's father on a project. Godfredo and his father, Paco, convince him that it was a great idea for them to put a bid in on the Panama Canal project. They get the bid, which is exciting for Max but he loses his girlfriend in the process. He met a woman, Karris, a worker for the Smithsonian Institute and they had spent a night together in 2008. Max, after there is a murder, he becomes a suspect. Then Karris is back to work on the dig because some prehistoric teeth and other bone parts are found. He really likes her but is she who she says she is? After there is a murder, Max meets Karris again, only this time he finds that she is not who she says she is. To say more would be a spoiler.

I found the storyline to be very good. I had no clue about the Panama Canal other than what I learned in school. I always pictured it to be a hot but lush area that would be fun to visit. Although I was surprised that even though this was a murder mystery, there was no murder until later in the book. So reading The Expansion was an interesting read. Great characterization, learning a bit more about the Panama Canal was a bonus. I liked the flow of the story and liked the characters of Max and Karris, I think that they would make a great couple. I can't think of anything I disliked.

The suspense was there, but not really an edge of your seat book, but that was ok, there was enough to keep me reading. I finished the book in three sittings and really enjoyed it. I think that this book would appeal to the person who likes the murder mystery genre. The author did a great job of telling a good story of global politics and diplomacy with a lot of intrigues and with a murder thrown in. A story that takes place in Switzerland, London, Washington, and Central America.

I did not see any grammatical errors to speak of and appeared to be well edited and I give this book 4 out of 4 stars. I think that this book would spark an interest in anyone who likes a suspenseful quick read.

VAMCalhoun
4.0 out of 5 stars The Expansive Explosion
Reviewed in the United States on February 9, 2019
Verified Purchase
Read this to fill empty time in schedule and as part of a book review group. It was good in the beginning and everything
started building as I got closer to the end - now I want the project (expansion) to conclude - after all the commotion and emotion at the end. (I was a technical project manager) I cannot wait for the actual conclusion or results of The Expansion! I've got the energy to finish the project from that traumatic ending.
Read more
One person found this helpful
Helpful
Comment Report abuse

Tim B.
5.0 out of 5 stars You won't be able to put this down...until you finish reading it!
Reviewed in the United States on August 15, 2017
Verified Purchase
Absolute page turner, a wild ride starting in Switzerland ending in the tropical paradise that is Panama.
The book gives you a very detailed insight into the political landscape in Panama with its many ties to other players around the world. Loved the depth of the characters, just wished there was a longer storyline involving Sofía.
If you are a fan of political thrillers with the right dose of twists and turns, this book is exactly for you.
Read more
2 people found this helpful
Helpful
Comment Report abuse

Samantha
5.0 out of 5 stars Great story of how the Panama Canal might be expanded, despite being fictional
Reviewed in the United States on January 26, 2019
Verified Purchase
I really liked the characterizations and descriptions that were part of this book. The author has paid great attention to detail and I recommend this to other readers.
Read more
One person found this helpful
Helpful
Comment Report abuse

Allison Muller
5.0 out of 5 stars Wonderful Action Packed Thriller!
Reviewed in the United States on May 28, 2017
Verified Purchase
After a GREAT opening scene this very entertaining spy novel about big business, greed and dangerous politics starts out reasonably mild, takes time to introduce the various fun and interesting characters - then picks up speed and tension with the passing of pages up to a smart and surprising finale! I would never have guessed that ending!

I loved every page of this book. Very intriguing and full of unexpected twists!
Read more
One person found this helpful
Helpful
Comment Report abuse

Allison Muller
5.0 out of 5 stars Wonderful Action Packed Thriller!
Reviewed in the United Kingdom on June 4, 2017
Verified Purchase
After a GREAT opening scene this very entertaining spy novel about big business, greed and dangerous politics starts out reasonably mild, takes time to introduce the various fun and interesting characters - then picks up speed and tension with the passing of pages up to a smart and surprising finale! I would never have guessed that ending!

I loved every page of this book. Very intriguing and full of unexpected twists!
Read more
Report abuse

Amazon Customer
5.0 out of 5 stars Unbelivable
Reviewed in Germany on July 26, 2017
Verified Purchase
This Book is very exciting and I can highly recommed it. It immediately bound me and I have read it in just one week.
Go for it - you will not regret it!!!
Read more
One person found this helpful
Report abuse