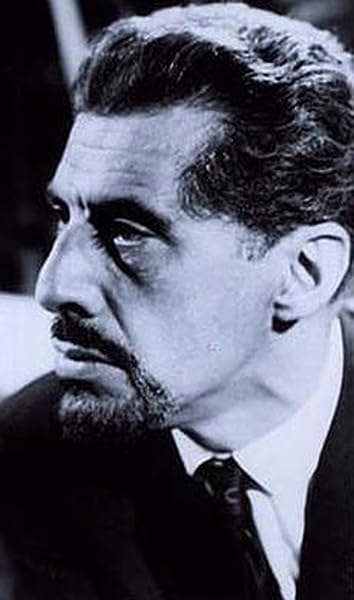 The Exploits and Subtleties of Mulla Nasrudin Paperback – June 1, 1989

"... the vitality of this figure is shown by his capacity to spawn new tales in whatever culture..." -- Critics' Choice, Observer, December 16, 1973

"It presents a blueprint of the human mental structure." -- Robert Ornstein, Ph.D.

4.5 out of 5 stars
4.5 out of 5
60 global ratings
How are ratings calculated?
To calculate the overall star rating and percentage breakdown by star, we don’t use a simple average. Instead, our system considers things like how recent a review is and if the reviewer bought the item on Amazon. It also analyzes reviews to verify trustworthiness.

David
5.0 out of 5 stars great
Reviewed in the United States on March 15, 2012
Verified Purchase
Mulla Nasrudin is the Br'er Rabbit, or Coyote, of the Middle East. The stories are teaching stories, and they can be very amusing, thoughtful, and thought stimulating, all at once. Idries Shah's books tend to be very well written, anyway, however the subject is simply delightful. I can't add much more than what others have said, except to say that the stories really make one think.  Tales of Juha: Classic Arab Folk Humor (International Folk Tales)  Juha is the Arabic version, and  Nearly Nonsense: Hoja Tales from Turkey  Hoja is the Turkish version. The stories sometimes show up in Western culture, without attribution.
Read more
2 people found this helpful
Helpful
Report abuse

Kindle Customer
2.0 out of 5 stars About as underwhelming as I remembered
Reviewed in the United States on January 30, 2019
Verified Purchase
Dad had this and I think he found it to be profound (but I don't trust memory). I found it confusing as a teen. Bought it again when it came across my radar recently. Glad I only bought it for Kindle at a low price. I couldn't get anything out of it of merit. (Sorry, memory of Dad.)
Read more
Helpful
Report abuse

♫NewHorizons♫
VINE VOICE
3.0 out of 5 stars Different from the others
Reviewed in the United States on February 8, 2019
Verified Purchase
This collection differs from Shah's other Nasrudin books. Several of the stories in The Subtleties of the Inimitable Mulla Nasrudin have Nasrudin on airplanes, trains, listening to the radio, acting as a factory worker and union official, and so on. I prefer the pre-modern age Mulla Nasrudin to the contemporary. Almost a 3.5 rounds down to 3 stars.
Read more

Booklover
5.0 out of 5 stars Funny and Profound
Reviewed in the United States on January 26, 1998
Verified Purchase
I'm just back from a trip to Turkey, where I discovered that Mulla Nasrudin is almost as popular as PEANUTS is in the United States. In addition to providing amusement, however, the Nasrudin stories are also used there as exercises for spiritual development with children and adults alike, since they externalize in joke form common patterns of human thought and behavior that need to be identified and understood in order for a human being to make progress. Thus, the Turks, and interested Western readers as well, can laugh
and learn, both at once, from these ancient Middle Eastern anecdotes.

sp
5.0 out of 5 stars Five Stars
Reviewed in the United States on May 1, 2017
Verified Purchase
Humor with wisdom
Read more
Helpful
Report abuse

Jack Sting
2.0 out of 5 stars Not exactly Mulla Nasrudin
Reviewed in the United States on November 22, 2008
Verified Purchase
This book is a compilation of funny anecdotes and jokes compiled through the ages. The choice of words and sentence structures clearly shows the difficulty in translating such text. In these regards the book is fine.

This book fails mightily when talking about Mulla Nasuraddin. I understand that Mulla at this stage is mostly considered somewhat fictitious figures and stories about him probably have different origins which are attributed over the times to a single person. At the same time, the author has completely take a leap of faith and almost any anecdote even modern ones about trains and machines had been assigned to Mulla. I was really looking for the charm of those old time stories not a general anecdote. In that sense, this books disappointed me.
Read more
3 people found this helpful
Helpful
Report abuse

Gerry R. Threatt
5.0 out of 5 stars Teaching stories by and exemplar story teller!
Reviewed in the United States on February 16, 2015
Verified Purchase
If you have not met Nasrudin, you have not yet thought about thinking processes. Take a read and you may get hooked!
Read more
Helpful
Report abuse

Ann Marie L. Johnson
2.0 out of 5 stars Two Stars
Reviewed in the United States on September 1, 2017
Verified Purchase
Not what I expected.
Read more
Helpful
Report abuse
See all reviews

C. M. Watson
5.0 out of 5 stars The marvellous Mulla will challenge your thinking
Reviewed in the United Kingdom on March 4, 2019
Verified Purchase
This is a compendium of stories of the wise/foolish/trickster/philosopher figure known as Mulla Nasrudin as well as by many other appellations, depending on where in the world you come across him. Though nominally of Turkish provenance – his tomb can be found in Aksehir (even the 'tomb' is confounding – have a look at it on Google images) – stories of this remarkable character can be found from Greece all the way across to China. He was even made a Hero of the Soviet Union apparently!
These are stories that can be appreciated as jokes (though not all are funny), sometimes for their moral but, most of all, for their ability gradually to bypass our conditioning and open up new ways of thinking.
This particular collection was put together with the assistance of a fine body of Nasrudin aficionados who are credited at the beginning of the book.
The stories range from the very traditional to more contemporary versions - the Mulla is nothing if not adaptable. In a number of the tales he has even come over to the good old UK - in one as a poet in Liverpool.
All in all, this is another great selection from the Mulla Nasrudin tradition. Just remember, if you tell one of these tales, it is traditional to follow it with another six!
Read more
Report abuse

I. P. Cheneour
5.0 out of 5 stars More Wonderful Mullah Nasruding stories
Reviewed in the United Kingdom on May 20, 2016
Verified Purchase
More from Idriess Sharh's trilogy of Mullah Nasrudin stories. They're inspiring, funny and provide great insights into human silliness, used for centuries in Sufi teachings. Don't take yourself too seriously.. Always a real pleasure to re read these and give as gifts to others.
Read more
Report abuse

Martyn Ravensdale
5.0 out of 5 stars Mullahed!
Reviewed in the United Kingdom on December 5, 2017
Verified Purchase
A lovely book, in good condition. Promptly delivered. Will enjoy reading it to my intelligent dyslexic son, for whom I bought this for Xmas. Sufi wisdom and humour, ho ho ho!
Read more
Report abuse

Penamaste
5.0 out of 5 stars The Exploits of the Mulla Nasrudin
Reviewed in the United Kingdom on November 12, 2011
Verified Purchase
A wonderful collection of the Mulla's wisdoms - or foolishnesses, depending on how you read them. And that is the real joy of this book - there are many layers to each entry and as many meanings as readers. They will make you chuckle but won't leave you alone as the various interpretations bubble up and extend your understanding of your current circumstance. My favourite short line is 'If I survive this life without dying, I'll be surprised.' Wonderful!
Read more
Report abuse

Khuz
5.0 out of 5 stars Five Stars
Reviewed in the United Kingdom on January 27, 2018
Verified Purchase
The king of fiction
Read more
Report abuse
See all reviews