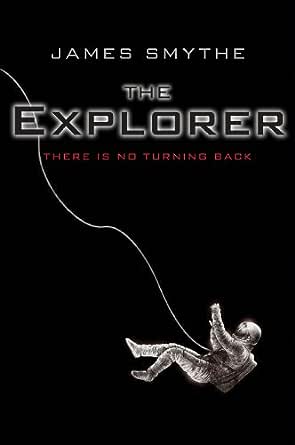 You've subscribed to The Anomaly Quartet! We will preorder your items within 24 hours of when they become available. When new books are released, we'll charge your default payment method for the lowest price available during the pre-order period.
Update your device or payment method, cancel individual pre-orders or your subscription at
Your Memberships & Subscriptions 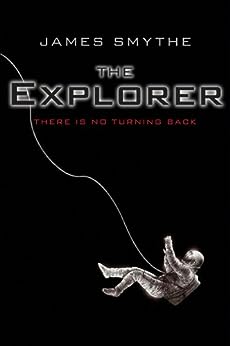 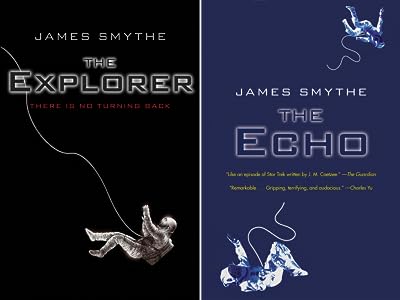 “There have been teachers in space, senators, and the wealthy who buy tickets. But never has a journalist been launched over the atmosphere. Until Smythe’s gripping novel.” (New York Post)

“The Explorer by James Smythe is quiet, dark book which focuses on the dark and quiet of space….It may not be a flashy…but it is a fascinating character study that could only exist in a science-fictional world.” (io9.com)

“Beautifully written, creepy as hell. The Explorer is as clever in its unravelling as it is breathlessly claustrophobic.” (Lauren Beukes, author of Zoo City)

“This is a remarkable book: a state-of-the-art spacecraft constructed from ideas, and propelled by a powerful story. Gripping, terrifying and audacious--an exploration in every sense of the word.” (Charles Yu, author of How to Live Safely in a Science Fictional Universe)

“Science fiction is best when it does what we least expect, when it transforms narrative into something you don’t see coming….It’s a trick not every writer can master, but Smythe makes a marvel of this world, and these characters, and makes this reader want the sequel now.” (Romantic Times BOOKclub (Top Pick!))

“The Explorer is smart, scary and seductive. Like its protagonist, it explores the queasy strangeness of space-time, and puts the reader at the heart of a tale of watching and fearing that comes off like a collaboration between Hitchcock and Heinlein. Excellent stuff.” (Lloyd Shepherd, author of The English Monster)

“The Explorer is essentially exemplary: a short, sharp shock of a story from an author who deserves to do as well for himself as he does by us. It’s perfectly plotted, smartly characterised and rife with insight and excitement.” (Tor.com)

“A challenging and stimulating read.” (Booklist)

“A] mind-bending, heart-wrenching, avalanche of a reading experience… an oasis for readers thirsty to find an engaging book… books like this are the kind that create fans, and I’m proud to be one.” (SF Signal) --This text refers to the paperback edition.

They probably dreamed up the phrase niche book for novels like this one. More than a little mind-bending, it tells the story of Cormac, a journalist-astronaut who’s part of humankind’s first manned deep-space expedition. As related by Cormac, when it came time for the cryosleeping astronauts to awaken, they soon died, one by one, for various reasons (faulty space suit, heart attack, etc.). And then the story appears to reset, going back to the beginning, with the crew waking up again; only now, Cormac is an observer, hidden from view, watching events unfold as he has just related them to us. Eventually, Cormac becomes a third-person character in his own first-person story, and by this time, sf fans have either given up in confusion or become glued to their seats. Like Moon, Duncan Jones’ recent film, the story straddles the line between reality and fantasy, but where Jones had visuals to tell his story, Smythe does it entirely with words, calling on us to supply the visuals in our own minds. A challenging and stimulating read. --David Pitt --This text refers to the paperback edition.

James Smythe has written scripts for a number of video games, and teaches creative writing in London. His previous novel was The Explorer.