You've subscribed to Extinction Of All Children,! We will preorder your items within 24 hours of when they become available. When new books are released, we'll charge your default payment method for the lowest price available during the pre-order period.
Update your device or payment method, cancel individual pre-orders or your subscription at
Your Memberships & Subscriptions
There was an error. We were unable to process your subscription due to an error. Please refresh and try again. 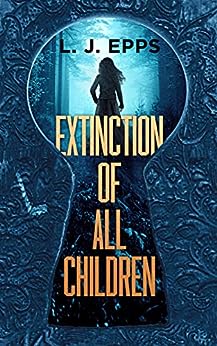 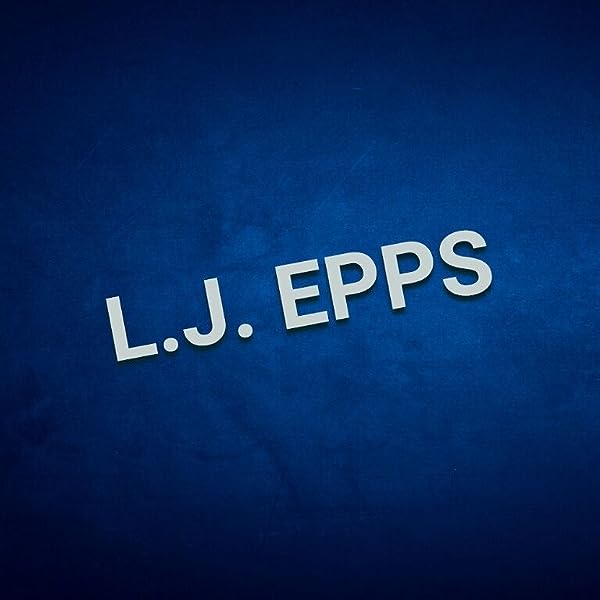 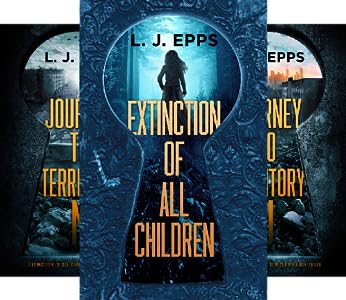 Extinction Of All Children,
Kindle Edition
Page 1 of 1Start OverPage 1 of 1
Previous page
Next page

L.J. Epps is a lover of all things related to books: fiction and nonfiction novels, as well as biographies and autobiographies. She has also been known to sit and read comic books from cover to cover, several times over. Over the last few years, L.J. has written several manuscripts; her mission is to publish all of them. She enjoys writing fiction in several genres, including contemporary romance and women's fiction, as well as young adult dystopian, science fiction and fantasy. She loves to write because it immerses her into another world that is not her own.

4.0 out of 5 stars
4 out of 5
112 global ratings
How are ratings calculated?
To calculate the overall star rating and percentage breakdown by star, we don’t use a simple average. Instead, our system considers things like how recent a review is and if the reviewer bought the item on Amazon. It also analyzes reviews to verify trustworthiness.

Phil Bolos
3.0 out of 5 stars Could be god, but fell flat
Reviewed in the United States on February 24, 2019
Verified Purchase
Extinction of All Children by L. J. Epps takes us into a dystopian future where society has been broken into three different territories: one for the rich, one for the workers, and one for the poor. The president in the story, Esther, has been in charge for 22 years and has been imposing her will on all territories the entire time. The most striking rule she has is that any children born in the poor zone are to be killed. Her reasoning behind this is that the poor do not have the necessary skills or tools to be able to take care of their children, so they need to stop having them. Emma is the last child who was born who was allowed to live. She is 18 years old and is now expected to give a speech and praise the new system for all that it has accomplished. The problem is, she sees more flaws than benefits and she is wrestling with the idea of sabotaging the speech in order to cause a rebellion.
Well, I'll admit that there are a lot of similarities between this and The Hunger Games. There are some unique features here that set it apart, but that is where I had many of my issues. The main problem being with the main conflict: death of the poor children. I get the idea here that is you take away the children eventually you will wipe out the poor, but all that does is create a vacuum that will affect the other classes. Once the poor are gone, the poorest of the middle class are now the poor, and the cycle repeats until the poorest of the rich are now the poor. What this needed was a sort of incentive, an opportunity to move from poor status to middle or even rich. I think that would have made the story much more engaging. With that, I think there is an audience out there who will enjoy this. Young adults will most likely enjoy this as many themes tie into those that are seen in pop culture movies and books.
Read more
3 people found this helpful
Helpful
Report abuse

Lorenza Seldner
2.0 out of 5 stars Almost good...
Reviewed in the United States on February 25, 2019
Verified Purchase
I was excited to read this book as I enjoy dystopian adventures; unfortunately, my expectations crashed before I hit page number ten. Even though the premise is an odd combination of the Hunger Games and Children of Men, I thought the idea of the book as engaging enough. I love young, rebellious, defiant, girl heroes but Emma’s train of thought befuddled me on occasions and irked me on others. Some parts of the story are not credible –yes, despite the subject you can describe believable emotions or reactions- and ruined the book for me.

The other part was editing. Now, since the entire book is written this way, I am not sure if it was the intention of the author, or the fault falls on the edition. Sentences sounded like: “That was not the reason. The reason was another one. The real reason was…” or when the book describes the L class reacting to the upper class with phrases like: “You can’t treat us like that. You cannot forbid us to have children. Stop putting us in classes. We have rights”; they are boring, the explanations are too obvious, and the reactions are 100% cliché.

I wouldn’t give up on the series yet, because Emma, with a bit of polishing, is a promising character. I would beg the author to work on the use of vocabulary and explain the mysteries of the saga in a more creative, alluring way. Rely more on “show not tell.”
Read more
3 people found this helpful
Helpful
Report abuse

Ian J. Miller
4.0 out of 5 stars Social dystopia
Reviewed in the United States on February 25, 2019
Verified Purchase
This is probably a YA dystopian, but it reads well enough for the older. The basic premise is there has been marked social engineering, and society, at least in this limited area, has been split into three zones occupied according to class: upper (U) prospers, middle (M) is tolerated, and lower (L). The zones are separated by "impenetrable" barriers. (A challenge here!) The objective is to get rid of the lower class, and while large scale genocide is out, it can be done by refusing permission for them to breed. Children born to the lower class are removed from their parents, presumably to be killed. Emma Whisperer is the youngest person in L; she was born just before this law was imposed. In L, any misdemeanor earns 30 days jail; recidivism indefinite jail. In M it appears that an additional means of enforcing order is the possibility of relegation to L. As you might gather, the form of governance is dictatorship, and there are plenty of guards, etc, to enforce it. In L, being a guard seems to be the only way to avoid near absolute poverty. There is no mention of te general economy, and it appears L does not produce anything. Then author probably put that condition there to explain why there is no reproduction, but are the upper classes really going out to the farm to drive tractrs all day or do manual work?
I think the author wrote Emma from the heart. She is a bit self-centred, very introspective, but rebellious. (There has to be a story.) The other characters tend to be a bit grey, or in one or two cases, a bit stereotyped to do the job, e.g. President Esther. The better-written male characters are resonable, but in my opinion, clearly written by a woman. (This is stated more as an example of the difficulty of writing the other gender and is no reson not to read this book; I suspect the author could retaliate quite nicely criticizing my female characters.) This is apparently the start of a series, and the plot is a little stretched. World building is very good, aand quite dystopian. The limited action is rather well written, and the limited supply is to the author's credit. When it turns up, it is far more effective than in many other novels. To summarise, I thought it quite well done, it is easy to read, but the plot stretching, Emma's total lack of planning at times, the complete lack of any economic structure or consequences from this social experiment, and the limited number of stereotyped characters prevent five stars.
Read more
2 people found this helpful
Helpful
Report abuse
See all reviews

Kindle Customer
5.0 out of 5 stars if you like Insergent you will like this book
Reviewed in Canada on March 24, 2020
Verified Purchase
I received the Extinction Of All Children by L.J. Epps free. Thank You. I loved this book. I was pulled into the story from page 1.I am looking forward to book 2.I loved the character Whisper.She was a strong woman who kept me guessing on what was going to happen to her next.
Read more
Report abuse
See all reviews