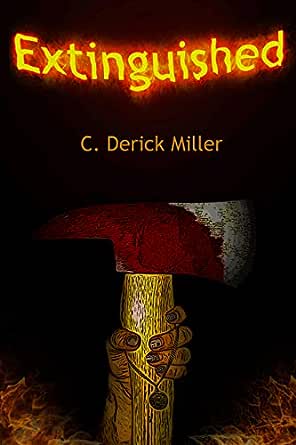 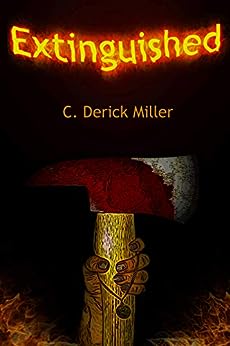 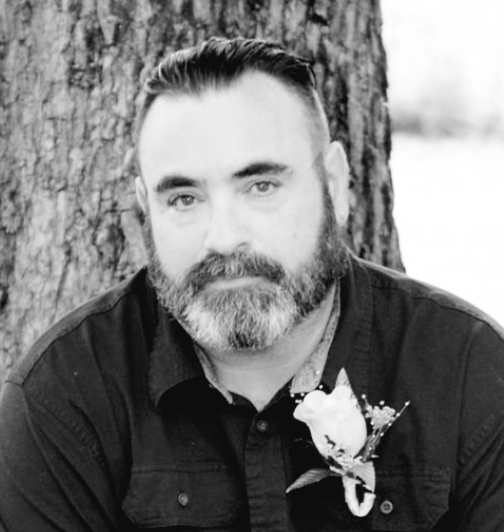 4.2 out of 5 stars
4.2 out of 5
16 customer ratings
How does Amazon calculate star ratings?
Amazon calculates a product’s star ratings based on a machine learned model instead of a raw data average. The model takes into account factors including the age of a rating, whether the ratings are from verified purchasers, and factors that establish reviewer trustworthiness.

Christine
4.0 out of 5 stars Christine's Horror Fiction Reviews
Reviewed in the United States on July 3, 2020
Verified Purchase
An "aptronym" is what they call it, the term for when your given name suits (however ironically) your chosen profession or role in life. Whether it's prescience on the part of your parents, or some kind of self-fulfilling prophecy, it's often amusing and sometimes annoying. And easier to get away with / put up with in fiction than the real world.

In this case, the aptronym belongs to Angel Burns, who lost her mother in a tragic house fire, was raised by the fire chief who rescued her, and went on to pursue firefighting as a career. Now a single mom, working for and with a bunch of oinking sexist jerks who make her job a living hell, she has no idea how much an actual "living hell" she's about to stumble into.

Or, as it turns out, that her first name's a bit of an aptronym too, when she finds herself caught in a supernatural battle and then recruited into a secret society of demon-hunters. Armed with her trusty fire-axe and a magical family heirloom, Angel's new mission involves trying to stop the forces of evil from getting their claws on the relics that can be used as weapons against them.

I enjoyed the story, but did find the writing fairly heavy on the "tell" side of things (particularly when it came to referring to her as "the young hunter" or "the girl" or "the hero" and similar stylistic phrasing, though to be fair that is a big-time personal peeve of mine.) And the characterization of Angel struck me kind of bothersome in that crass one-of-the-boys-but-with-sexy-sexy-boobs way.

The energy's there, though, and the sense of fun. Lots of action scenes and what would be big-budget special effects. Some see-it-coming twists, others surprising. I'd be interested in seeing more.

Cristi L. Williams
5.0 out of 5 stars Details so vivid & character’s so real....do I know these people?
Reviewed in the United States on September 7, 2019
Verified Purchase
I absolutely LOVE this book. This is by far my favorite story from this incredibly talented author. The character development is so deep and the details are so vivid that I feel as though I know these people & I have been to this town a hundred times. You can literally feel the electricity jumping from the pages.....I can’t wait to see what Mr. Miller has in store for this group next.
Read more
One person found this helpful
Helpful
Comment Report abuse

Cathy M. Spelker
4.0 out of 5 stars Interesting read
Reviewed in the United States on April 9, 2020
Verified Purchase
It was an interesting story, just not something I would usually read. Good story and really good characters, even though some are really creepy.
Read more
Helpful
Comment Report abuse

Chickenhawk91
5.0 out of 5 stars Amazing read
Reviewed in the United States on October 13, 2019
Verified Purchase
This was a awesome book. I couldn’t put it down. I would highly recommend this author.
Read more
One person found this helpful
Helpful
Comment Report abuse

Lisa Lee
5.0 out of 5 stars Compelling and entertaining
Reviewed in the United States on September 23, 2019
C Derick Miller is the new name in supernatural horror and urban horror fantasy.
Somebody call DC and tell them this is how you write a female hero character.
Don’t be fooled by the simplistic, misleading synopsis blurb. This story has substance.
Extinguished is entertaining, well-paced, and full of both action and suspense. And the supernatural elements are brilliant. Time constraints prevented me from reading it in one sitting, but I wanted to. Much like a favorite TV show, I found myself thinking about the story when I wasn’t reading it. I was hooked on it.
The ending was surprisingly great! It gave excellent closure to the book but also left a teasing possibility for more books in the future. So maybe it is not completely over? More books like this one? Yes please.
Extinguished is a solid, enjoyable read with vivid characters and excellent flow. Five stars to C Derick Miller and five stars to Extinguished. I can’t wait to read more from this talented author.
Read more

Amazon Customer
5.0 out of 5 stars Extinguished is almost too hot to handle!
Reviewed in the United States on August 16, 2019
It is scary and it’s damned good. It is well researched with fascinating details about libraries around the country which highly added to my enjoyment of the novel. Miller knocked it out of the park yet again. Kudos!
Read more
One person found this helpful
Helpful
Comment Report abuse

Linda Hill
5.0 out of 5 stars Great read!
Reviewed in the United States on November 19, 2019
I love watching this author grow. His talent is amazing. His imagination is impressive.His style is 100% C. Derick Miller. Buy the book and see for yourself.
Read more
One person found this helpful
Helpful
Comment Report abuse

Scott Poggensee
5.0 out of 5 stars AMAZING work from an awesome author
Reviewed in the United States on July 6, 2020
From the very beginning of this book, I was hooked. Angel is one character that is not easily forgotten. She's a bad ass and an "Angel" all wrapped into one. What a great work of fiction not soon to be forgotten. Just don't be surprised when you sit down to read a "chapter or two" and then end up spending the whole afternoon going from cover to cover. You won't be disappointed buying this one!
Read more
Helpful
Comment Report abuse
See all reviews from the United States