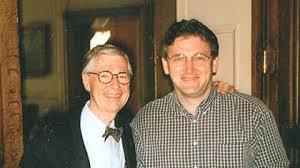 Fred Claire was a longtime marketing executive with the team, widely admired for his character, work ethic, and ingenuity. But he was a former sportswriter with no experience in player trades and roster construction. Yet, just a year later, the Dodger team Claire built shocked the baseball world by winning the 1988 World Series.

But his greatest challenge would come long after he left the game. In 2016, skin cancer that began on Claire's lip had spread to his jaw. With his life on the line, the former baseball executive found his way to City of Hope National Medical Center in the Los Angeles suburb of Duarte.

While Extra Innings recalls Claire's remarkable baseball career, it also recounts the miraculous story of his cancer fight at City of Hope. Readers will be inspired by Claire's unflinching decency and fortitude"€"and by the cutting-edge science and compassion that make City of Hope unique in the annals of American medicine.

n a journalism career spanning more than three decades, Tim has written for the Washington Post, Chicago Tribune, Politico, Reader's Digest, and for thirty years the Fort Worth Star-Telegram. Tim's books include the critically acclaimed The Burning: Massacre, Destruction, and the Tulsa Race Riot of 1921; and a novel of the Greatest Generation and the aftermath of World War II, Every Common Sight. His most recent book, Of the First Class: A History of the Kimbell Art Museum, is a behind the scenes account of how the world-renowned Fort Worth cultural institution came to be. It was a 1995 assignment for the Star-Telegram that led to Tim's interview with Fred Rogers, the icon of children's television, and a close friendship between the two men that lasted until Rogers' death in 2003. Tim's memoir, I'm Proud of You: My Friendship With Fred Rogers, is an intimate account of Rogers' human greatness, and a testament to the healing power of friendship. That transformative relationship and Tim's own experiences as a seeking and healing human being remain at the heart of his work. More than a decade after it was first published, I'm Proud of You continues to inspire readers around the globe, and Tim continues to speak of Mister Rogers and matters of the heart to varied audiences around the nation.

“Extra Innings is a must-read that chronicles Fred Claire’s incredible career in baseball. Readers will be most inspired by his greatest accomplishment, confronting a deadly foe—cancer—with the aid of City of Hope National Medical Center. As a cancer survivor myself and a former major league player and manager, this story hits home in so many ways.”