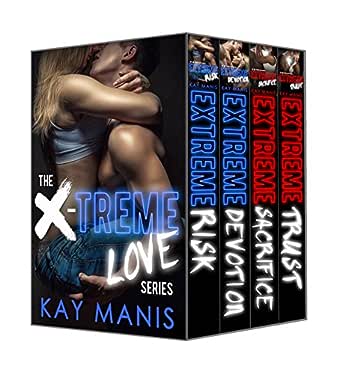 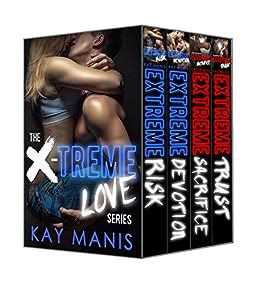 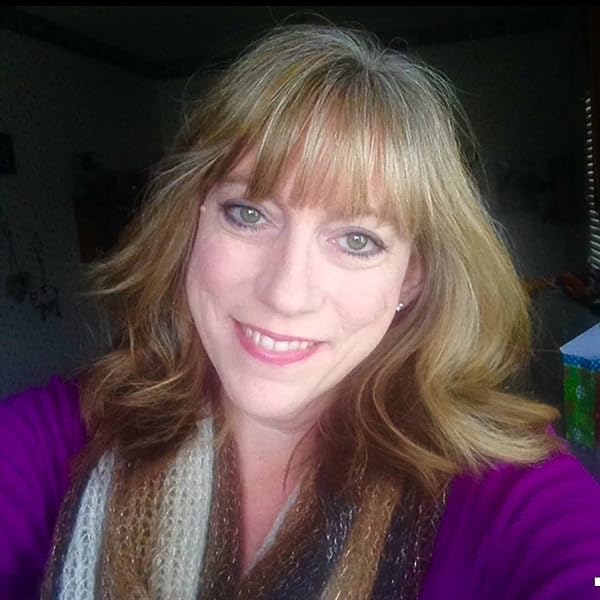 I can honestly say I didn't want these stories to end. I loved how itwas told from dual points of view. There are definitely scenes that will breakyour heart. --BROADWAY GIRL BOOK REVIEW

A to die for read! There is real depth of character and dimension that makes them seem like my new best friends. --BRENDA'S BOOK BEAT

I really recommend these two books to all readers. This is a story of two broken people finding their place in the world and hoping their place is with each other. It is friends who stand by their friends and never let them down. Giving each other the support they need when at times they would rather just be alone. If there were more than five stars I would happily give it more. -- ONCE UPON A DREAM REVIEWS

4.3 out of 5 stars
4.3 out of 5
24 customer ratings
How does Amazon calculate star ratings?
Amazon calculates a product’s star ratings based on a machine learned model instead of a raw data average. The model takes into account factors including the age of a rating, whether the ratings are from verified purchasers, and factors that establish reviewer trustworthiness.
Top reviews

Crazy Book Lover
5.0 out of 5 stars Hot guys and Feisty women....Can't get any Better than That...Right????
Reviewed in the United States on March 16, 2015
Verified Purchase
Oh my gosh and all that is holy.... this series is by far one of the best I've ever had the privilege of reading, thank you to my wonderful Sister for recommending this series! Kay Manis is definitely a brilliant author, her stories and characters are believable and lovable! The first two books are about the Skater Boy, Rory Gregor and Drunk Girl Hindley Hagen....they were just so much fun to read and these two characters and their story took you on a journey of lust, love, hate, crazy and finally a HEA!!! It was GREAT!

The next two books were all about sweet Moto Boy Peter Fontenot and feisty Dana Di Grazio, wow these two really gave us a run for our money.... you wanted them to get together but they really had to work at breaking down some barriers that they both had...I was so happy when their story came together in the 4th book but damn they really did have a helleva time getting there! These two have a love so strong and emotional that it makes anyone reading their story want that for themselves!!!

These are just really great books and I promise if your reading this and you love great characters and stories get these books now, you won't be disappointed!!!! Can't wait for book 5!!!
Read more
2 people found this helpful
Helpful
Comment Report abuse

Southern Charm
5.0 out of 5 stars HOT HOT HOT
Reviewed in the United States on July 7, 2015
Verified Purchase
Theses stories where just amazing. I loved them all. I thought it was going to be teen bop skater boy/moto boy Hell No it was H.O.T HOT wow so glad I gave in to these. Dana is my girl she cracks me up. Hindley straightlaced walk the line. Totally a badgirl on the inside. I loved how she was with Rory. Just amazes me how there are still people like Rory in real life. I couldnt help but cheer him on. The whole Journal thing was so sweet. Now Dana my sailor talking crude,rude badgirl with a heart of gold. Once you found out her story in Motoboy you couldnt help but feel her pain. I liked how her and Peter met funny. Those 2 man the spark between them 2 just on fire. Peter just so out of his element good boy meets badgirl just perfect set up. Unlike Hindley is the goodgirl meets badboy Rory. Great read
Read more
One person found this helpful
Helpful
Comment Report abuse

Avid Bookworm
4.0 out of 5 stars Dana and Peters story is great but it gets so bogged down I got a ...
Reviewed in the United States on March 19, 2018
Verified Purchase
I loved Hindley and Rory's story. Her struggle with what happened earlier in her life, and her mothers marriage, and a stepsister who hates her. And Rory's wanting to be the best at his sport, while feeling responsible for Hindley, but also struggling with the 'boy from the wrong side of the tracks'. Peter and Dana's story is great too, and I loved Danas outgoing personality as it clashed with Peters quiet persona, but it gets so bogged down I got a little bored. It could have done without so much detail. I skipped over some pages as they were just not needed.
Read more
Helpful
Comment Report abuse

HB
5.0 out of 5 stars Wahoo!
Reviewed in the United States on March 23, 2015
Verified Purchase
Fan-fucking-tastic! Yes I said it and I mean it! Best series I've read in a long time! Starting off with Rory and Hindley, I was captivated by their story...great writing! Then on to Peter and Dana...Awesome awesome...the writing was amazing. Kay Manis did a fantastic job telling stories that all readers can relate to. Real life situations with tears and laughter.I cannot wait until book 5 comes out will definitely read it. This is a must read series...I'm not giving anything away...read it...you'll love it!!
Read more
Helpful
Comment Report abuse

Kindle Customer
2.0 out of 5 stars Too long
Reviewed in the United States on September 28, 2017
Verified Purchase
The set is actually four books but only two stories split with a cliff hanger. The story arch is way too long for these characters, they are just not that interesting. I got bored towards the end of each story and found myself skimming page after page just to finish.
Read more
Helpful
Comment Report abuse

Lea Dimovski
4.0 out of 5 stars Xtreme sports hotness
Reviewed in the United States on August 10, 2015
Verified Purchase
Talk about bang for your buck. I read a lot and I tear through titles super quick but with this series I felt like I got to really visit the world Ms. Manis created. An entertaining series that I'll be continuing with My Snow Boy. Picked up books 1-4 on special, value for money.
Read more
Helpful
Comment Report abuse

purple rose
5.0 out of 5 stars Great
Reviewed in the United States on January 2, 2017
Verified Purchase
The was a well written four books that has just the right amount of adventure and excitement with twists of mystery tossed in.
Read more
Helpful
Comment Report abuse

Sarah
5.0 out of 5 stars OMG
Reviewed in the United States on February 9, 2016
Verified Purchase
I stumbled across the first book in this series for free. When I finished it, I just had to purchase the boxed set. It's hot, funny, and sweet. A perfect combination.
Read more
Helpful
Comment Report abuse
See all reviews from the United States

Jane Morris
4.0 out of 5 stars love conquers all
Reviewed in the United Kingdom on July 6, 2015
Verified Purchase
A romance with a twist. Dyslexia, cancer, kidnapping and danger but as they say, love conquers all. Slight spelling and grammatical errors can be overlooked.
Read more
Helpful
Sending feedback...
Thank you for your feedback.
Sorry, we failed to record your vote. Please try again
Report abuse

Loopyloo
5.0 out of 5 stars Five Stars
Reviewed in the United Kingdom on May 12, 2017
Verified Purchase
I laughed and I cried truly riveting well worth a read
Read more
Helpful
Sending feedback...
Thank you for your feedback.
Sorry, we failed to record your vote. Please try again
Report abuse

This is Shraddha from India.

I read the series - X-treme love. I loved the content. The way you expressed the feelings between Rory and Hindley, Peter and Dana is amazing. I emersed in the book to the extent that I felt that it's me the main character.. I fell in love with the characters, the story and the author of course. Thanks for the amazing content.

Looking forward to more of it.