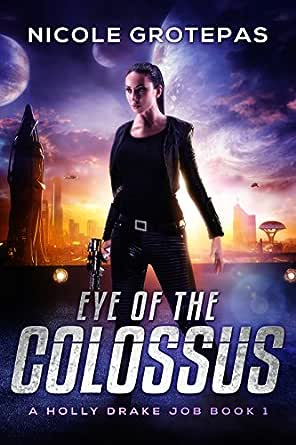 You've subscribed to A Holly Drake Job! We will preorder your items within 24 hours of when they become available. When new books are released, we'll charge your default payment method for the lowest price available during the pre-order period.
Update your device or payment method, cancel individual pre-orders or your subscription at
Your Memberships & Subscriptions
There was an error. We were unable to process your subscription due to an error. Please refresh and try again. 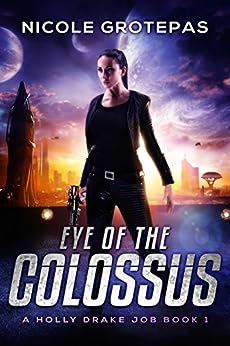 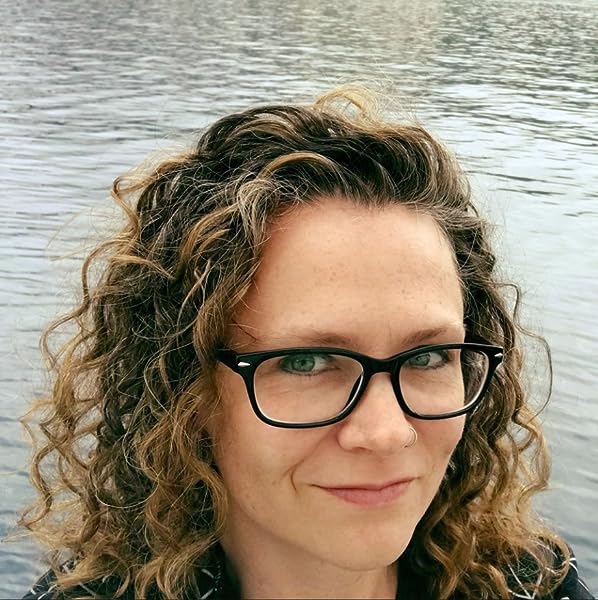 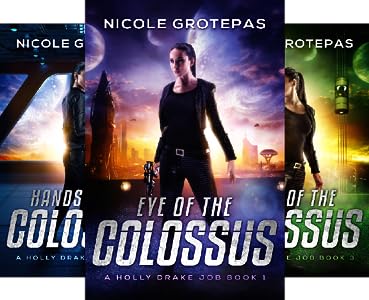 What readers are saying:
★★★★★  "What a fun read! It gripped from start to finish and had everything I look for in a good book. Great entertainment!"
★★★★★  "A fun, fast paced, exciting and thrilling story that keeps the reader immersed in the pages from the very beginning."
★★★★★  "A very good read, and leaves one in anticipation of the next installment."
★★★★★  "Great storyline. . . . Would love to read more."

E. Roske
5.0 out of 5 stars Sci-Fi meets Steampunk meets Mission Impossible.
Reviewed in the United States on April 20, 2018
Verified Purchase
Cruise ships between moons. Chill aliens, uptight aliens, and humans. A heist with its own heist. Things going wrong. Stirred, not shaken. You get the picture.

This is, without a doubt, a fun book. It’s difficult to talk about it without giving the good stuff away. I’d be like that friend who starts talking about a cool movie and doesn’t realize they’ve given away the whole plot because they’re too busy running their mouth. I don’t want to be that guy, but…

Holly’s rebuilding her life from the ground up. She’ll do anything to get ahead. Along the way, she draws in some interesting characters that are fun to read and follow.

Charly, she’s a fighter in ways that don’t become clear until you get deeper into the story.

Odeon, he’s a Yasoian. They’re chill. He’s chiller with some skills. Some of those skills are off the books. His parents wouldn’t be proud of his actions. If they knew. (They don’t.)

Darius. Keep your eyes on him. Everyone else is. Sometimes the left-hand doesn’t know. (Wink. Wink.)

Shiro is a dandy dandy. There’s something about him I haven’t figured out yet.

So that’s the cast of main characters. There’s more, but these are the heart of the story. It sort of reminds me of the old days of Mission Impossible, the TV show, where they recruited based on character’s abilities. And then they walked away to explosions and stuff as the credits roll. Sadly, nothing blows up. But there is a lot of shooting. Bang. Bang.

The author tells an interesting story and tells it nicely. It was easier to keep reading than to put the book down. Reading some books is much like dragging your brain across sandpaper (60-grit) while others are like sliding your brain across silk. Eye of the Colossus belongs in the latter category.
The story arc is well planned and I didn’t see the twist. (Twist? I didn’t say twist. Ignore that.)

J. T. B.
5.0 out of 5 stars Really good stuff...
Reviewed in the United States on June 7, 2018
Verified Purchase
A motley crew (not Mötley Crüe), a dubious employer, a seemingly-impossible and dangerous job. Holly Drake, a convicted (but reprieved) felon who is definitely NOT a criminal, is recruited for and tasked with the retrieval (heist) of a jeweled medallion of unknown (maybe questionable) value. She must hire a team, plan the caper, and execute the plan with little more than guesswork, luck and duct tape (so to speak). Failures, successes, twists and turns in a well-built world (the 6-Moons region), with capable but curious characters, and a greater story moral than could be expected at the outset.

A very good read, and leaves one in anticipation of the next installment.
Read more
3 people found this helpful
Helpful
Comment Report abuse

E. Nolan
3.0 out of 5 stars Engaging But Not Compelling
Reviewed in the United States on March 31, 2019
Verified Purchase
This review was written after reading the first three books of the series.
I do not believe that it has any major spoilers for any of the three books.

When we meet Holly Drake, she is in women's prison after having
killed her abusive husband in self defense. It was a clear cut
case, but due to her husband having been a cop, and corruption in
the police department, Holly went to jail.

It could have been worse. The Centau don't really believe in crime,
but if the Humans and Constellations are going to have police and
jails, the Centau are going to make sure the jails are fairly nice,
all things considered.

Oh, we're talking the far future here, on the six moons of the gas
giant Ixion. Years ago the Centau secured the system for humanoid
use and brought in Humans and Consties for labor while the "more
morally evolved" Centau govern and the equally evolved Yasoians are
basically an artist class. All things considered, it's not that
bad a deal for the two "less evolved" species. Yes, they get little
say in the government, but really the government doesn't seem to
do too much beyond managing the currency and keeping non-humanoids
beyond the heliopause. The upper races can be snooty, but on the
whole people mix, and even find love now and then (The species
aren't inter-fertile, but are built close enough that sex is possible
and pleasant.)

When Holly is unexpectedly released early, she has no options but
to go live with her sister, who is also a cop, while she looks for
a job (murderers not being highly regarded as elementary school
teacher material). When her ex-brother-in-law, another cop, (and
he and Holly's sister are one of those couples where the "ex wife"/"ex
husband" distinction always seems a bit blurry) tells her about a
job lead, Holly grabs it with both hands.

It turns out the job is not exactly legal, and is, in fact, a heist.
How in the world can an ex first grade teacher gather a team of
muscle, tech geniuses, con men and sticky-fingers at all, much less
quickly enough to hit the very limited time window available?

Well, that's the story, of course.

I'm not sure exactly what is steampunk about these books. The time
is the future, and we have space travel, smart phones, hacking,
fusion cuisines, and space mining. It may be that the Centau
aesthetic tends towards wood in construction where metal isn't
absolutely necessary, that aether is an important commodity, that
they call the inter-moon ships "Space Zeppelins", or that people
tend to be a bit more formal than we current day slobs, and as often
as not pick period dress. There's also a sense that things are a
bit more genteel than the current world, like one of those British
crime stories where neither the crooks nor the cops have guns.
Holly is the only one of her crew to carry a gun, and is very
reluctant to use it. Even the bad guys have to work themselves up
to killing people, and, I think, must know where Holly lives, but
have never come after her at home (yet).

The point of view is third person limited, so we see Holly's thoughts
only, and the writing is efficient if not spectacular. We see
enough of what is happening to know that Holly tends to fool herself,
or not admit to her motives from time to time. So far, Holly is
driven by the crusade that grows out of her first "job", but she
is starting to have feelings for all of her male crew, and may be
growing away from her initial pacifist lover. It's not a deep
characterization, but works well enough, and she is gradually coming
into her own as the books go on.

On the whole, I think I would give these about three stars. They
are entertaining, and I will continue to follow the series (which
is not yet concluded), but if you are between series, there are
probably others you should pick up first.

I did get a bit of a chuckle out of Grotepas's innumeracy at one point in
book two:

"I thought it was for Odeon." Holly glanced at her Druiviin
friend. He seemed to be talking about the club still. From
what Holly understood, Druiviin couples only had one child
-- instilling into their single offspring all of the things
their line cared for. It was said that their race on Yaso
had reached a balanced ecological state: resources weren't
over-consumed and by only having one child, they prevented
a disastrous imbalance. But when a portion of their population
left for the 6-moon region, the ones left behind began to
have two children, to replace those who'd left. The immigrants
to the 6-moons only had one child, typically.

I'm not sure what she was thinking there!
Read more
One person found this helpful
Helpful
Comment Report abuse

Kanyonmk
5.0 out of 5 stars Must read!
Reviewed in the United States on April 21, 2018
Verified Purchase
What an exciting and fun read! Heist books are really neat, because you never know what kind of characters your going to get and this rag-tag group was funny and special in their own way. They each had strengths and I liked how the author added her own flare and twist to take the story one step further. Something that starts off small and slightly dangerous sure does take huge turn near the end. I will be watching out for further Holly Drake novels.

If you like space opera thrillers then I would recommend this. Funny cast, great world building and a intriguing story-line make for a great read!

Eye of the Colossus is the first book in the Holly Drake Job series.