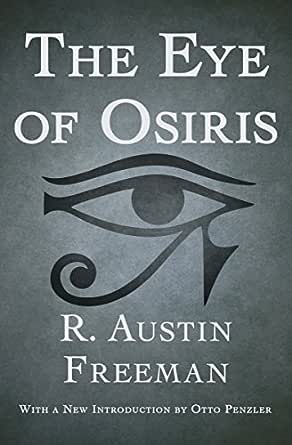 You've subscribed to The Dr. Thorndyke Mysteries! We will preorder your items within 24 hours of when they become available. When new books are released, we'll charge your default payment method for the lowest price available during the pre-order period.
Update your device or payment method, cancel individual pre-orders or your subscription at
Your Memberships & Subscriptions
There was an error. We were unable to process your subscription due to an error. Please refresh and try again. 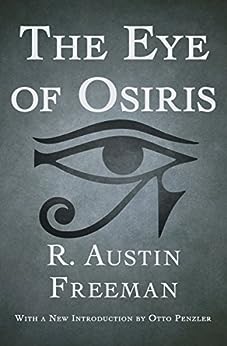 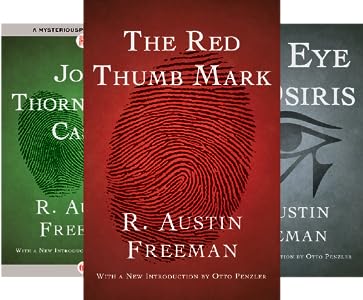 “It would be difficult to find anywhere more nearly perfect stories of scientific deduction than the Dr. Thorndyke tales of R. Austin Freeman.” —The New York Times
--This text refers to an alternate kindle_edition edition.

Richard Austin Freeman (1862-1943) was born in London. He studied medicine at Middlesex Hospital and then entered the Colonial Service. He was assigned to a post in Accra on the Gold Coast of Africa. During his time in Africa he contracted blackwater fever which forced him to return to London. Unable to find a permanent medical position, he decided to try his hand at writing fiction. His first stories were written in collaboration with Dr. John James Pitcairn, the medical officer at Holloway Prison using the pen name Clifford Ashdown. In 1907 the first Dr. Thorndyke novel "The Red Thumb Mark" was published. He served as a Captain in the Royal Army Medical Corp during World War I. He continued writing up until his death, writing parts of "Mr. Polton Explains" in a bomb shelter in 1939 at the age of 77. --This text refers to an alternate kindle_edition edition.

4.1 out of 5 stars
4.1 out of 5
20 global ratings
How are ratings calculated?
To calculate the overall star rating and percentage breakdown by star, we don’t use a simple average. Instead, our system considers things like how recent a review is and if the reviewer bought the item on Amazon. It also analyzes reviews to verify trustworthiness.
Top reviews

Patto
TOP 1000 REVIEWER
5.0 out of 5 stars Dr. Thorndyke ventures into ancient Egypt
Reviewed in the United States on April 20, 2012
Verified Purchase
Published in 1911, this is the second Dr. Thorndyke novel, following The Red Thumb. Here the great expert in medical jurisprudence will encounter the mysteries of ancient Egypt - without ever leaving London.

The cast of characters is rich in Egyptologists. A wealthy old man, John Bellingham, collector of Egyptian antiquities, has disappeared without a trace. His brother is also an Egyptologist, as is his niece and the lawyer who executed his will. Circumstances strongly suggest that the old man is dead, and innocent people may be accused of murder. Happily Dr. Thorndyke gets involved quite by chance.

The story is peppered with Egyptian lore, and the eye of Osiris seems to hover over events. It symbolizes the great judge of the dead looking down upon humans to see that justice is done! But don't expect any mysticism or mummy curses. The devilry is human, and roundly defeated by Dr. Thorndyke's clear logic and sound science. The plot is tremendously clever, and the denouement a total surprise.

We're treated to a lively coroner's inquest complete with a comatose judge and a truculent juror. The author has a talent for creating comic relief with quirky minor characters. Best of all, a charming romance blooms amidst the mummies, hieroglyphics, and musty tomes in the British Museum.

R. Austin Freeman produced Thorndyke stories and novels from 1907 to 1943. I'm starting with the earliest works, and I love the Edwardian flavor of the writing. Freeman's obvious fascination with science, forensics, and criminal methods is nicely balanced with real sympathy for love and friendship.
Read more
5 people found this helpful
Helpful
Report abuse

Kindle Customer
5.0 out of 5 stars Mummy
Reviewed in the United States on February 11, 2021
Verified Purchase
Intelligent mystery with lots of twists and a surprise solution. The language is overly pedantic, but that is the personality if this historically-placed main character.
Read more
Helpful
Report abuse

Mt. Cowgirl
5.0 out of 5 stars Good read of an old book.
Reviewed in the United States on March 17, 2016
Verified Purchase
I did enjoy this book even though it was written in old style (it was written before 1943). I liked the description's used, such as "we sallied forth", and "said I". The characters were well created. The story was captive and I really couldn't put the book down! I did not figure out the murder until it was revealed, I like that it kept me in suspense. Good read if you like old style writing.
Read more
One person found this helpful
Helpful
Report abuse

Sandra W2
5.0 out of 5 stars Very good
Reviewed in the United States on April 8, 2016
Verified Purchase
Well written in the manner of the turn of the century. Author gives you facts so the conclusion is apparent at several points. However, apparent after it is explained at the end.
Read more
One person found this helpful
Helpful
Report abuse

propertius
3.0 out of 5 stars OK Mr. Karloff,You are Not Required
Reviewed in the United States on January 28, 2016
Verified Purchase
Not only is this a who dunnit but also a where is it (the body)? The setting of a Egyptologists study and the obvious solution to the case is masked by an array of architectural clues.Erudite story telling which will not insult your intelligence and a host of characters which one may or may not find intriguing will keep you entertained without straining your intellect too much. In shoort, a typical period piece.
Read more
4 people found this helpful
Helpful
Report abuse

SusanHAH
5.0 out of 5 stars Egyptologist's bones (1911: Freeman)
Reviewed in the United States on March 12, 2018
Famous Egyptologist John Bellingham, newly returned to London with a mummy and its tomb furnishings intended for the British Museum, mysteriously disappears from the London house of his cousin and is never seen again.. A distinctive scarab he always wore on his watch chain is found later in the garden of his brother's suburban house, though the brother denies having seen him. It's unlikely that he disappeared by choice. More likely he was murdered. But how, when, where, why, and by whom, and what happened to the body?

This is the kind of challenging case Dr. Thorndyke, erudite and popular Medical Jurisprudence teacher at St. Margaret's Hospital, lives for. He calls his students' attention to the news article in the paper, suggesting they follow its progress. Two years later, Dr. Paul Berkeley, one of those students, now newly qualified, is called to a poor London neighborhood to see a Mr. Godfrey Bellingham. The name is familiar, and he soon learns this is the missing man's brother, who has now lost everything: his brother, his house, his income, and to a great extent, his health. The young doctor particularly notices the dignified, care-worn beauty of Godfrey's daughter Ruth. She, like her uncle, is a student of ancient Egypt.

The father of the Bellingham brothers had neglected to make a will. All his property went by default to elder son John, who gave Godfrey an annual allowance, now discontinued, equal to 25% of the income. John's will is problematic. Godfrey is the primary beneficiary, but he is required to see that John's body is duly buried in a London churchyard near other Bellingham graves. Otherwise, the property will go to the London cousin. With no body to bury, things are at an impasse, and Godfrey and Ruth are destitute. The cousin is threatening to go to court to claim the inheritance.

When Berkeley explains all this to Dr. Thorndyke, he is touched by the plight of the father and daughter, and intrigued by the possibilities of a complex legal and scientific puzzle that promises to test even his superior investigative skills. When he sees the will, his impression is that it was so written that its demands would be impossible to fulfill. (The legal complications are absolutely Dickensian!) In the mean time the newspapers report that police have found the bones of a human arm in a watercress bed in Kent, on property that belongs, or belonged, to Mr. John Bellingham.

Freeman was the most popular mystery writer of the period just prior to the Golden Age. His writing style is formal and a little old-fashioned today, but sprightly and often witty, the pace leisurely but not glacial. London comes alive, from Nevill's Court and Fetter Lane to the British Museum and its famous mummy Antinodorus. Freeman was never averse to incorporating coincidence into his plots. As Dr. Thorndyke wisely observes, "Life is made up of strange coincidences.... Nobody but a reviewer of novels is ever really surprised at a coincidence."
Read more
One person found this helpful
Helpful
Report abuse
See all reviews

meridiangirl
5.0 out of 5 stars Egyptology
Reviewed in the United Kingdom on October 20, 2015
Verified Purchase
Of all Freeman's novels featuring the great forensic detective, Dr Thorndyke, this is reckoned to be his masterpiece. Like the other books, you get a lot for your money: mystery, romance, science and ancient Egypt. Freeman's books capture the atmosphere, and detail, of Edwardian London and this one is no exception.
Read more
3 people found this helpful
Report abuse

slyall
3.0 out of 5 stars Freeman revival
Reviewed in the United Kingdom on January 15, 2013
Verified Purchase
period piece like all the Freeman stories you can understand why Conan Doyle was so popular. Hope he's not on any university reading list
Read more
Report abuse
See all reviews