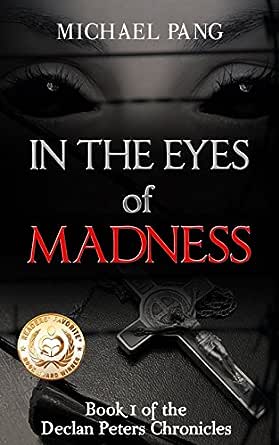 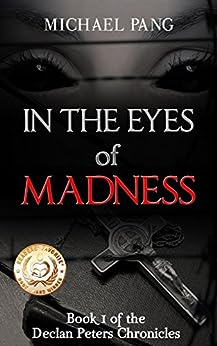 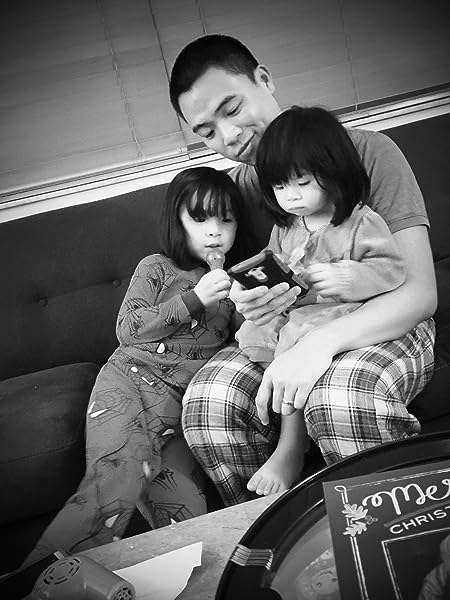 " I look forward to reading more of the writer's highly addictive writing style. I predict this book will be met with award winning honors." - Suzie Housley, Midwest Reviewer (June 2015 issue)
"The journey that results will inject 'rehab' with an entirely new interpretation that skirts the boundaries of reality and supernatural worlds in a tense saga that's engrossing and hard to put down." - Diane Donovan, Senior Reviewer at Midwest Review (July 2015 issue)
"An engaging world of adventure, suspense, and intrigue that will captivate readers from everywhere." - Danielle Urban, Reviewer of Universal Creativity EZine (June 2015 issue)

"I'll be keeping an eye out for the sequel..." - Joel W. Vaughan, Book Reviewer of Broken Pencil Magazine (September 2015 issue)
"It's a fun ride to go on with him. It's exciting, and interesting." - Paij Slater, Book Reviewer
"The feeling of dark evil comes alive as the tale begins to heave in deep breaths, unsettling and brilliant in its execution by the author." -  Dii (Amazon Top 500 Reviewer)

In an excellent new offering from author Michael Pang, In the Eyes of Madness: Declan Peters Chronicles Book One, readers will be treated to a highly original book that will keep them obsessively turning the pages from the very first words all the way through to the last. Follow the story of protagonist Declan Peters, as he struggles with the aftermath of his psychotic mother's actions. Determined as an adult to forge a relationship with his mom again, he takes a job at the institution where she lives, hopeful that he will learn more about the woman who brought him into the world. But what he finds isn't what he expected. In fact, what he finds leads him to question almost everything he has ever known, and throws him into a world of demonic possession and beings with tendencies he could never have imagined. Will Declan ever get what he came for? Will he even survive? You'll need to read the book to find out!

I very much enjoyed In the Eyes of Madness: Declan Peters Chronicles Book One. This book is full of twists and turns that even I, a prolific reader, didn't expect, and that is saying quite a lot. Author Michael Pang has done a fantastic job in creating characters, especially Declan, that his readers will relate to, connect with and care about. If that isn't a hallmark of a great author, I'm not sure what is. Any reader, young adult or not, that loves a unique book of paranormal fiction, or just an interesting work of fiction in general, should read this book. I highly recommend In the Eyes of Madness: Declan Peters Chronicles Book One, and I look forward to reading the next book in this very promising series by author Michael Pang, as soon as I possibly can.

Reviewed by Melissa Hill for Readers' Favorite
For over ten years, Declan Peters has lived with the knowledge that his mother tried to kill him, thinking he was a devil child that needed to be destroyed in the riveting story, In the Eyes of Madness, by Michael Pang. In this first volume of the Declan Peters Chronicles, Declan learns that there is a lot more to his life story than he ever realized as he is confronted with pure evil. Through his encounter with a strange young inmate at the psychiatric facility where his mother is hospitalized and where he works, Declan begins to feel things that he never experienced before and which leave him amazed and confused. Along with his childhood friends and some people they meet through a bizarre experience at a club, Declan discovers abilities he would never have thought to be real when confronted with the need to protect those he loves. Some of the pieces of his childhood fall into place as he learns more about the young patient and the presence of supernatural forces at work in the everyday world. Will what he learns bring him any peace, or will it project him further into uncertainty and disappointment?

Fast-paced action, the struggle to grow up under difficult circumstances, and the need to understand an incomprehensible truth drive this exciting paranormal story that keeps you anxiously turning the pages. Although there is a strong Christian focus, and what exorcism story doesn't have one, the basic premise of good versus evil crosses all lines and demands the commitment of like-minded persons for the benefit of all. In the Eyes of Madness: Declan Peters Chronicles Book 1 by Michael Pang is a tremendously interesting story with wonderful depth that leaves you breathless. The concept is great, the pace is right, and the story is strong and compelling. I look forward to the next volume(s)!

Reviewed by J. Aislynn D'Merricksson for Readers' Favorite
In the Eyes of Madness by Michael Pang tells the story of Declan, and of Tristan and Zoe. These three young people, raised hundreds of miles away, share a very unusual connection. When Zoe and Tristan are called to Florida to identify their parents, they stumble onto Declan and realise how alike they are. Declan works at a behavioural facility, the same one his mother has been confined to since he was seven, after she accused him of being a demon and tried to drown him in the community pool. As he struggles to understand how this could happen, he begins to show more and more signs of unusual behaviour of his own. Since he worries about ending up like his mom, this concerns him a great deal. It's not long before Declan comes in contact with Zoe and Tristan, and a strange man named Victor, that more light is shed on his own past. For you see, demons are real, and so are a great many other nasties from myth and legend.

I rather enjoyed the meat of this story. When I first started reading, I found it to be a little dry. After I got further into the book, it became a roller coaster of a read that swept me away. There are Christian themes to the story, above and beyond what might be found in the typical paranormal thrillers I enjoy, which are more along the lines of the supernatural. You don't get bludgeoned with it though, and the author does a good job of portraying both sides of belief. I feel for Declan, trapped as he is with people trying to push their beliefs onto him. I think that's part of what made him one of my favourite characters.

I feel the author also did a good job portraying the fear and frustration of dealing with family members who have some sort of behavioural issue. That can be very scary, when a loved one's behaviour becomes erratic, and possibly violent. It can be hard to reconcile what you remember of how a person used to be with the totally different person they've become. The story is well worth reading. If you are a fan of the supernatural, or movies like The Exorcist, be sure to check out Michael Pang's In the Eyes of Madness! I'm definitely going to be on the lookout for the next one, and I'm looking forward to seeing Pang grow as a writer. --This text refers to the paperback edition.

Project manager by profession but modern Renaissance man by nature, Michael Pang has dabbled in many different areas in his career. From working with steam turbines to eventually switching into the world of IT, his plethora of experience highlights his personality – he’s a person always searching for more knowledge. Michael was born in Hong Kong in 1983. His family immigrated to San Francisco when he was three and eventually landed in Florida. After graduating from high school, Michael gained his degree in Mechanical Engineering from Georgia Tech. Despite his currently demanding work schedule, Michael is very involved in activities at his local Project Management Institute Chapter where he fulfills his passion for teaching as the Vice President of Education. But, his desire to serve and help others doesn’t end there, he’s an avid Christian and very active in his local church. He loves kids, with two daughters of his own with his lovely wife, and volunteers at children’s church in his ministry. He speaks fluent Cantonese and Mandarin and in his free time enjoys reading, writing, eating, cooking, playing music, dancing, singing, and watching musicals. One of his mottos is “Everyday that he hasn’t learned something new is a day wasted.” --This text refers to the paperback edition.