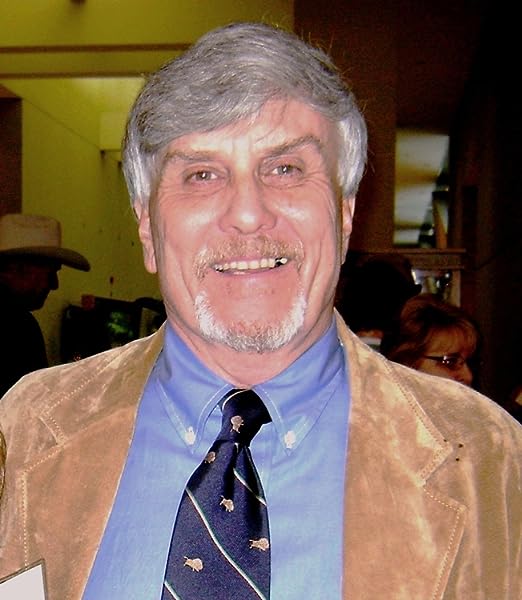 “John Monnett has assembled an astute selection of Lakota and Northern Cheyenne reminiscences of the Fetterman Fight in 1866, when tribesmen lured a contingent of nearly eighty soldiers to their deaths along the Bozeman Trail in north-central Wyoming. With new and incisive commentary, Monnett provides a welcome and moving chronicle.”—Jerome A. Greene, author of American Carnage: Wounded Knee, 1890

John H. Monnett is Professor Emeritus of History at Metropolitan State University, Denver, and the author of several books, including Massacre at Cheyenne Hole: Lieutenant Austin Henely and the Sappa Creek Controversy and Tell Them We Are Going Home: The Odyssey of the Northern Cheyennes.

Start reading Eyewitness to the Fetterman Fight: Indian Views on your Kindle in under a minute.

4.4 out of 5 stars
4.4 out of 5
13 customer ratings
How does Amazon calculate star ratings?
Amazon calculates a product’s star ratings based on a machine learned model instead of a raw data average. The model takes into account factors including the age of a rating, whether the ratings are from verified purchasers, and factors that establish reviewer trustworthiness.

George Burns
4.0 out of 5 stars The Other Side
Reviewed in the United States on August 11, 2017
Verified Purchase
This book offers a reexamination of the Fetterman Fight from the perspective of the victorious Indians. The author relies on oral history, but he is fully aware of the pitfalls of this brand of history and carefully balances contradictory recollections and weighs probabilities. His conclusions are consistently persuasive. The ultimate conclusion is that the soldiers were victims of a successful ambush. Ambushes are as old as warfare, but the great Indian success was in hiding 1,500 warriors: a number beyond the reckoning of any of the soldiers present. Thus, Captain Fetterman was neither stupid nor reckless: he was simply unlucky. One caution is in order. The Indian recollections are neither coherent nor smooth. This book is important, but reading it is a chore.
Read more
8 people found this helpful
Helpful
Comment Report abuse

richard w.
5.0 out of 5 stars Excellent Study of this Early Battle with the Sioux and Cheyennes
Reviewed in the United States on June 6, 2017
Verified Purchase
Excellent scholarly and disciplined study of the battle and the main issues, and yet easy to read in language for non-academics. Debunks (or corrects) with evidence some popular sub-stories of the battle, at least in part (e.g. -- that Red Cloud generaled the battle on behalf of the Indians; that Crazy Horse was "the" leader of the decoys -- there were several groups of decoys; that Fetterman actually said he could ride through the whole Siouox nation with just 80 men, etc.) Presents Indian testimony with credibility, but in a critical manner, not accepting all of every version just because that might be the PC thing to do. A valuable work for students and scholars alike who are interested in this subject matter.
Read more
7 people found this helpful
Helpful
Comment Report abuse

Gary D. Peiffer
5.0 out of 5 stars An excellent resource on the Fetterman Massacre
Reviewed in the United States on May 28, 2017
Verified Purchase
An excellent resource on the Fetterman Massacre, the author's annotations to Native American interviews enhance the narrative and puts the episode in its proper context in what would become the Great Sioux War. Highest recommendation!
Read more
One person found this helpful
Helpful
Comment Report abuse

bandit
5.0 out of 5 stars very good book.
Reviewed in the United States on July 29, 2017
Verified Purchase
have visited the area several times this book promps me to return.
Read more
One person found this helpful
Helpful
Comment Report abuse

larry curry
1.0 out of 5 stars response
Reviewed in the United States on December 29, 2018
Verified Purchase
it was not much comments from the warriors themselves and view that committed at all
Read more
Helpful
Comment Report abuse

Al Johnson
5.0 out of 5 stars Five Stars
Reviewed in Canada on April 29, 2018
Verified Purchase
a great read very interesting, definitely would recommend it to anyone
Read more
Helpful
Sending feedback...
Thank you for your feedback.
Sorry, we failed to record your vote. Please try again
Report abuse