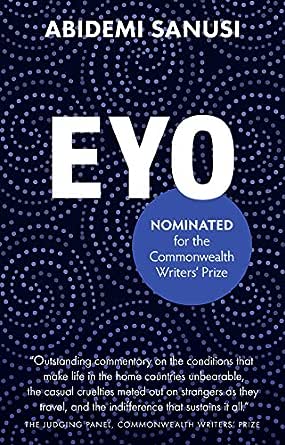 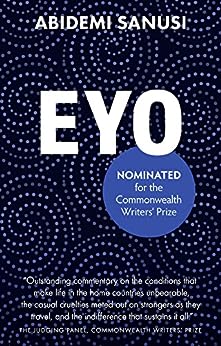 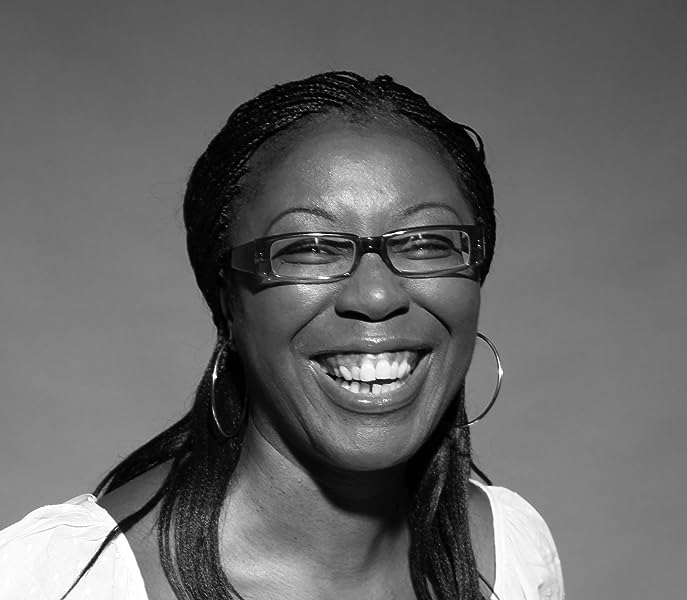 Abidemi Sanusi was born in Lagos, Nigeria, and has a deep interest in human rights. Her most recent novel, Eyo, was shortlisted for the 2010 Commonwealth Writers' Prize. --This text refers to an alternate kindle_edition edition.

Jill Thornhill
5.0 out of 5 stars for writing this amazing book.
Reviewed in the United States on March 23, 2016
Verified Purchase
In my lifetime, I'v come across maybe half a dozen books that really wrenched my heart and made me see an issue from a different perspective. This is one of them.

The story of Eyo, a ten-year-old girl trafficked from Nigeria to England and brutally exploited, is told with sensitivity and vivid realism. Sadly, Eyo's story, though fiction, is grounded in reality, and I hope this book will raise awareness of the issues facing abused and exploited children.

LeAnne Hardy
5.0 out of 5 stars Gut-wrenching insights
Reviewed in the United States on November 3, 2012
Powerful, gut-wrenching insight into the inner mind of a child sex slave. You'll want to scream your indignation at those who excuse their own exploitation of the vulnerable. This plucky ten-year-old is in a strange land far from those she loves, mistreated by people who had promised new opportunities, alone without documentation, without English, without education, invisible to "the system." The book touches on faith near the end when a priest and nun step in, but this is far more gritty and realistic than any inspirational fiction I ever read. The spiritual resolution is anything but satisfying, but I'm sure accurately reflects the frustrations of their ministry with sex workers. Although the setting is UK ("uukay" to the newly-arrived Eyo), I doubt the US system is any better at coping with a capacity for evil in men that sickens the heart.

There were some grammatical problems I attributed to the author not being a native speaker of English. Since most characters were Nigerian, the non-standard use of "wouldn't" instead of "won't" simply added to the flavor. However, it was a bit disconcerting for native Brits to make the same mistake. Perhaps I lack the necessary subtlety, but the ending wasn't explicit enough for me. Was Eyo walking toward the house or away from it? I know which way I wanted her to go, but the ending set up to make me expect something else.

Miss T Agbelusi
5.0 out of 5 stars Compelling and beautifully written
Reviewed in the United Kingdom on August 26, 2019
Verified Purchase
This is an important piece of work. Sanusi gets into the psyche of the characters in a way that brings the humanity of the most depraved of them to life whilst never shying away from the hopelessness of the lives of those caught up as victims of the human trafficking cycle. The writing is so visceral that sometimes I felt I was in the room with Eyo. At some point despite knowing the way it will end, I kept willing a different ending. The arc of the story was such that I joined in Eyo’s hope and was convinced that life and her family will give her a break. Of course I was deflated when she was forced to sell herself into hell in the end but that’s good writing for you; had me weeping in the middle seat of a plane wondering what I can do to encourage change in my little corner of the world.
Read more
Report abuse

Slc21
5.0 out of 5 stars Astounding, emotional, brilliantly written
Reviewed in the United Kingdom on July 27, 2019
Verified Purchase
When you read what this book is about, you can’t imagine how eye-opening, shocking and readable it will be... I was completely drawn in, read it over a day, and it reminded me how powerfully books can give us real insight into difficult and horrific lives. I felt so much for Eyo, and all around her, and it really brought to life what being a trafficked child might be like - even if you think you know, this book will remind you how truly violently evil it is and why we should be shouting from the rooftops to stop it ... a beautifully, brilliantly written book that you won’t forget.
Read more
Report abuse

S. Mwanza
5.0 out of 5 stars Very harrowing, sad read but one I couldn't put down!
Reviewed in the United Kingdom on April 2, 2013
Verified Purchase
Quite a disturbing read especially as you can see how this situation could happen. You feel for the Eyo and so badly want something positive to happen for her. You also read about other characters stories as they are connected with Eyo. A real eye opener. Very sad to see how human beings can be so cruel to others. Very well-written but very disturbing at times. Read in two days and although an emotional read you really become involved and believe in the character. Will now read something else by the same author.
Read more
2 people found this helpful
Report abuse

Mrs. Kathryn E. Gecit
5.0 out of 5 stars heartbreaking story
Reviewed in the United Kingdom on February 16, 2013
Verified Purchase
although the author states this is a work of fiction, I can believe that it reflects the truth in all ways. It's a heartbreaking story of a little girl suffering abuse from all sides, and accepting it as the norm. Eyo was let down by everyone who should have protected her. It strongly reflects the failings of social services. A very enjoyable but sad read.
Read more
One person found this helpful
Report abuse

jeannie-ju
5.0 out of 5 stars Wonderfull writer- great book.
Reviewed in the United Kingdom on August 9, 2013
Verified Purchase
This book is a real eye-opener. It is full of abuse and tragedy. It opens your eyes to child trafficking- and child slavery in the UK>. However this writer is so good at telling the story that it moves along at a fast pace- keeps you grtipped till the very end. Fantastic read and informative.
Read more
Report abuse
See all reviews