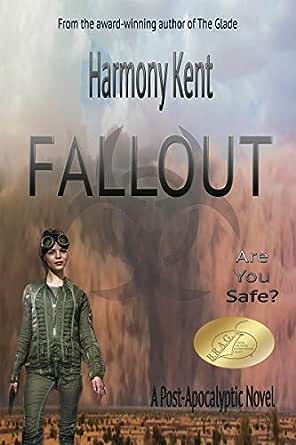 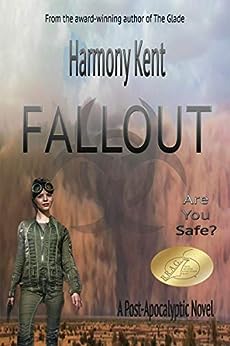 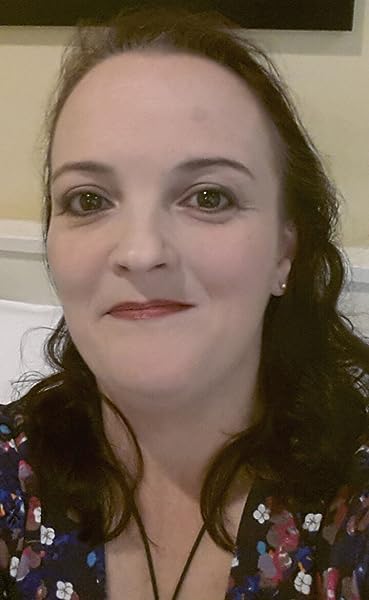 D.L. Finn
5.0 out of 5 stars This is a great science fiction read that I recommend.
Reviewed in the United States on August 30, 2019
Verified Purchase
“Fallout” is a post-apocalyptic story that left me thinking and then rethinking again. Set in space where humans settle after the earth becomes uninhabitable, a virus is released changing their way of life. My favorite character, Priya is alone and brutally attacked. Her strength and relationships with the other characters had me rooting for her, and I loved the pet she acquired. Told through several POVs, the reader gets a full picture of a complicated situation that I enjoyed. The characters are flawed and realistic. It surprised me how many times there was a new twist I wasn’t expecting. This is a glimpse into the human condition where power, lies, and manipulation have taken over society. Ms. Kent skillfully gives us a dark peek into a possible future in the hands of a cruel leader. This is a great science fiction read that I recommend.
Read more
2 people found this helpful
Helpful
Comment Report abuse

Mae Clair
5.0 out of 5 stars Gritty, Twisted Apocalyptic Thriller!
Reviewed in the United States on August 25, 2019
Verified Purchase
Fallout by Harmony Kent is a dark, gritty, twisted apocalyptic story guaranteed to keep you on the edge of your seat. Exxon 1 has been devastated by a virus, the planet an inhospitable environment where no one can be trusted, especially the planet’s president who is responsible for the outbreak. While people succumb to the virus and others struggle to resist, a vial containing a potential cure becomes the focus of ruthless individuals.

Pryia, a young woman who finds out just how savage her devastated planet can be, becomes entangled in getting the vial into the right hands. But who can be trusted? In the world Kent has created, her multi-layered characters are far from black and white. No one is who they seem, each driven by dark histories and darker goals, each a study in duplicity. There are crosses and double crosses, noble characters who sink to corruption and corrupt characters who discover a sliver of conscience when the clock is ticking to zero hour.

The world building is exceptional, the plot complex but fast paced. This isn’t simply a book about rebuilding a decimated planet, but a story that takes a raw look at human nature. Finally, I loved the full circle arc of the opening scenes gelling so perfectly with the close. A wholly satisfying and riveting read. Highly recommended!
Read more
2 people found this helpful
Helpful
Comment Report abuse

Robbie Cheadle
5.0 out of 5 stars A face pasted dystopian novel with strong female characters
Reviewed in the United States on October 12, 2019
Verified Purchase
Fallout is a dystopian novel which reflects a future world where technology has become such an integral part of society and human life that people rely on implants to advise them on every aspect of their daily life from judging human nature to security to undertaking work tasks. People work and live in zones together with others who have similar jobs, lifestyles and capabilities to their own.

When a disruption, on the form of a virus, impacts on the smooth routine of peoples lives, they find themselves struggling to pick up the pieces without the continuous flow of information from their implants. Only those who can get their wits together quickly can survive in the new lawless society. In addition, avoidance of contamination by the virus is also a necessary requirement for survival and that makes life even more complex, especially for the unwary who are conditioned by their past lifestyles.

We first meet Priya wondering around an unknown zone, having fled her own when it becomes impossible for her to continue to live in her apartment in the aftermath of the societal breakdown caused by the virus. Priya falls prey to an unscrupulous band of infected men who violently abuse her and leave her for dead. She is found by a member of the ruling political party's military personal who is on a quest to find an antidote to the virus. Despite his reservations, Kaleb is compelled to save Priya and, by doing so, changes the course of his life and the search he is conducting. The antidote is believed to have been in the possession of a female scientist, on the wife of the second in command to the president, when her helipad exploded, purportedly killing her and losing the only vial containing the antidote at the same time.

On Exxon 1, the planet where the virus is raging out of control, nothing is as it seems as the power hungry and malevolent president seems to have plans of his own which none of his leadership are aware of.

I enjoyed Priya's journey from a naive and ill informed woman with no survival skills into a strong woman with great empathy and excellent leadership skills. Kaleb is a dark and brooding character with a painful background and a lot of inner turmoil. His path in the book is not an easy one and is heart rending to watch unfurl.

The other supporting characters in the book are well described and interesting. The growth in the female characters makes for compelling reading as they evolve into mature women, capable over overcoming their past hurts and moving forward into leadership roles.

The fast pace does not slow for a moment and the reader is riveted by the action, subterfuge and often ill advised actions of many of the characters who have suffered at the hands of the government and administration.

writester
5.0 out of 5 stars The Title Says it All; There’s Fallout!
Reviewed in the United States on August 23, 2019
I’ve been in sci-fi mode recently, and Fallout caught my attention. I’ve enjoyed other works by this author and was eager to give this story a try.

This story reminded me of a space-version of The Casual Vacancy—political power is up for grabs and everyone is keeping secrets. The duplicity is multi-layered and deliciously dark. Every time I thought someone had hit rock bottom, I was surprised to find another twist.

Exxon 1 is part futuristic, part dystopian, and all fascinating. The author created a world of advanced technology, tragic consequences, and complex subterfuge that kept me wondering until the very end.

If you like dark, dangerous, and a little bit demented, this is the novel for you.
Read more
2 people found this helpful
Helpful
Comment Report abuse

Bookworm 92
5.0 out of 5 stars A Post-Apocalyptic Future
Reviewed in the United States on August 25, 2019
Imagine yourself in a post-apocalyptic future after your world has been devastated by a virus. Add to that you’re in a world where no one can be trusted.

That’s what happens to Pryia, the MC in Fallout. Harmony Kent has done an excellent job at world building and in creating multi-faceted characters where no one is as they seem. The plot is fast-paced, guaranteed to keep you on your seat and guessing until the end.
Read more
2 people found this helpful
Helpful
Comment Report abuse

Kim
5.0 out of 5 stars Excellent Read!
Reviewed in the United States on August 27, 2019
Verified Purchase
If you are a sci-fi fan, then you gotta read 'Fallout!'

Excellent character development in a world where nothing is as it seems to be. As a long time observer of human behavior, I found the interweaving of people, times, and events to be exceptional!
Read more
2 people found this helpful
Helpful
Comment Report abuse
See all reviews

Kevin Cooper
5.0 out of 5 stars Fascinating Story
Reviewed in the United Kingdom on September 7, 2019
Verified Purchase
Wow! I've never been a great fan of the post-apocalypse genre. Movies I've watched going back as far as Mad Max and on through I Am Legend have never been viewed a second time. And until now, I have never read a post-apocalyptic novel. However, Harmony Kent's FALLOUT may be the catalyst needed to change all that. I would most certainly watch it if it is ever adapted for the big screen.

FALLOUT is a gripping tale of survival guaranteed to keep reader's entranced as they follow Priya's story where danger lurks around every corner and no one can be trusted... Least likely those who she comes to depend upon.

This is one of those books you simply do not want to put down. It is full of unexpected twists and I can happily say, not at all predictable. Harmony Kent has way of preparing the reader for an expected outcome for each scenario and skilfully delivering an alternative one. She is an exceptionally talented writer. FALLOUT is a fascinating story. I will most certainly be following her work from now on.
Read more
Report abuse
See all reviews