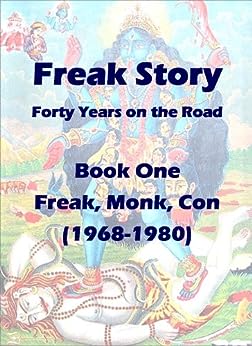 Jake Gibilaro
5.0 out of 5 stars Wow
Reviewed in the United Kingdom on April 19, 2018
Verified Purchase
This is one of the most entertaining books I have read, and I have read a huge amount of books. This guy was a runaway hippy, a Hindu monk, a humanitarian, a militant cult member, a prisoner in a maximum security prison, a gigalo, drug dealer and more - and this is all before the age of 30. All told with humour and flashes of truly brilliant writing. Both an inspiration and a warning. Read it!
Read more
Report abuse
See all reviews
Back to top
Get to Know Us
Make Money with Us
Amazon Payment Products
Let Us Help You
EnglishChoose a language for shopping. United StatesChoose a country/region for shopping.
© 1996-2021, Amazon.com, Inc. or its affiliates