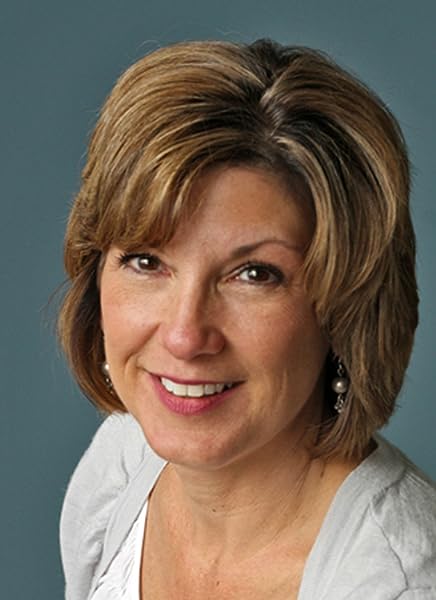 The soon-to-be fourth graders at Aesop Elementary School had a reputation for being--
"Precocious," said their former first-grade teacher, Ms. Bucky. She ground her teeth.
"High-energy," added their second-grade teacher, Mrs. Chen. The muscle beneath her jaw twitched.
"Robust," agreed their third-grade teacher, Mr. Frost. He patted his now all-white hair.
"Humph!" snorted Bertha Bunz, the lunchroom monitor. "Those kids are just plain naughty." Because she wasn't a teacher, Mrs. Bunz felt free to speak the truth.
Mrs. Bunz was right. So special were the incoming fourth graders that no teacher dared set foot in what would soon be their classroom.
"Not for love or money," shivered Ms. Bucky.
"Not for all the tea in China," shuddered Mrs. Chen.
"Ye gods, no!" yelped Mr. Frost.
It was the last day of summer vacation, and Mrs. Struggles, Aesop Elementary's principal, was at her wits' end. "School starts tomorrow, and I still don't have a fourth-grade teacher," she moaned. "What am I going to do?"
"Have you placed a want ad?" suggested Ms. Bucky.
"Spoken with the superintendent?" suggested Mrs. Chen.
"Talked with the school board?" suggested Mr. Frost.
"Humph!" Mrs. Bunz snorted again. "Call a zookeeper!"
Mrs. Struggles ignored the remark. Defeated, she shuffled into her office and flopped into her chair. If Aesop Elementary were bigger, she thought, I would have separated the troublemakers long ago. But the school was small--only one classroom per grade level--so the kids had to stay together. Rubbing her throbbing temples, she sighed, "How I wish a teacher would walk through that door."
At that precise moment, a breeze blew through the principal's office. It rustled the papers on her desk, rattled her window blinds, and flung open the door to reveal a tall, dark man wearing a pith helmet and clutching a copy of the morning's want ads.
"I am Mr. Jupiter," he said. "I have come about the teaching job."
Mrs. Struggles rubbed her eyes. Was this a dream? she wondered.
But no, Mr. Jupiter was still there.
"You are looking for a fourth-grader teacher, aren't you?" he asked.
Mrs. Struggles nodded, her spirits suddenly soaring. Waving Mr. Jupiter into a seat, she said, "Tell me a bit about yourself."
"Where to begin?" he replied. "My first job was as an assistant dog groomer aboard King Bernard's yacht, the SS Pooch, anchored off the Dalmatian coast. After receiving my degree in nanothermal economics from Dummer University, I led an expedition in search of the dodo bird. Later, I conducted the Timbuktu Philharmonic Orchestra, worked as a translator for Bigfoot, became the first man to ski down Mount Everest, collected mummified cats in Egypt, and discovered the lost city of Atlantis." He smiled. "Among other things."
Mrs. Struggles tapped her desk with a pencil. He certainly sounded interesting.
"Do you have any teaching experience?" she asked.
"Some," replied Mr. Jupiter. "I was head tetherball coach at Matilda Jane's School for Prim and Proper Girls in Las Vegas, as well as the swimming instructor at Loch Ness Middle School. I also taught Swahili as a second language at Dooglehorn Elementary in Switzerland, hula dancing at Balderdash Academy for Boys in London, and organic geochemistry at Harvard." He smiled again. "Among other places."
Mrs. Struggles tapped her desk some more. He sounded experienced, but . . .
"Have you worked with high-energy students?"
"I studied for a year at the Coochie-Coochie Institute for Misbehaved Monkeys," said Mr. Jupiter. He smiled a third time. "Among other schools."
Mrs. Struggles kept tapping.
"Is there anything else you'd like to add?" she finally asked.
Mr. Jupiter shook his head. "Nothing important," he said, "although you might be interested to know I attended fifth grade at this very school."
Mrs. Struggles stopped tapping. "You did?" she exclaimed. "Really? Who was your teacher?"
Her question caused Mr. Jupiter to turn as white as his whale tooth necklace.
But Mrs. Struggles didn't notice. Leaping to her feet, she cried, "Why didn't you tell me this earlier?" She extended her hand. "You're hired! Welcome back to Aesop Elementary, Mr. Jupiter."

On the first day of school, Mr. Jupiter wrote his name on the blackboard.
"Welcome to fourth grade," he said to his nineteen new students. "I am your teacher, Mr. Jupiter."
"Jupiter?" repeated Humphrey Parrot. "Jupiter? That's a funny name."
"It's not as funny as Pluto," said Bruce Vanderbanter.
"Or Uranus," added Lenny Wittier.
The boys high-fived. "Mr. Uranus! Mr. Uranus! Mr. Uranus!"
They glanced at the new teacher, waiting for a reaction.
But Mr. Jupiter just smiled. "I'm glad to know my students have a sense of humor," he said.
Then--
POP!
In the back of the room, Bernadette Braggadoccio peeled a glob of pink bubble gum off her nose and shoved it back into her mouth. She chomped, smacked, and pulled long, sticky strings from her mouth. Then she huffed . . . and puffed . . . and peered over the top of her bubble at the new teacher.
She waited for a reaction.
But Mr. Jupiter was still smiling. "Chewing gum is known to help children concentrate," he said.
Then--


"Down by the banks of the Hanky Panky,
Where the bullfrogs hop from banky to banky,
The momma frogs get so cranky cranky
That they give their tadpoles a spanky spanky."


On the other side of the room, Missy Place and Rose Clutterdorf SMACK-SLAP-CLAPPED their hands to the rhythm of their words.
But their eyes were on the new teacher, waiting for a reaction.
Mr. Jupiter was still smiling. "What a wonderful exercise for improving eye-hand coordination," he said.
Then--
"I know a poem," shouted Lillian Ditty--Lil, for short. "Want to hear it?" And she waxed poetic:


"Oh, homework! Oh, homework!
Here's the true scoop.
It takes so much time
That I can't even--"

Page 1 of 1 Start overPage 1 of 1
This shopping feature will continue to load items when the Enter key is pressed. In order to navigate out of this carousel please use your heading shortcut key to navigate to the next or previous heading.
Back
Next
Pages with related products. See and discover other items: book for 4th graders, 4th grade chapter book, elementary teacher, fourth grader books, second grader, best books for first grade